"My lifestyle as a white guy ... is more in the Indian tradition than any of the Indians themselves," he says 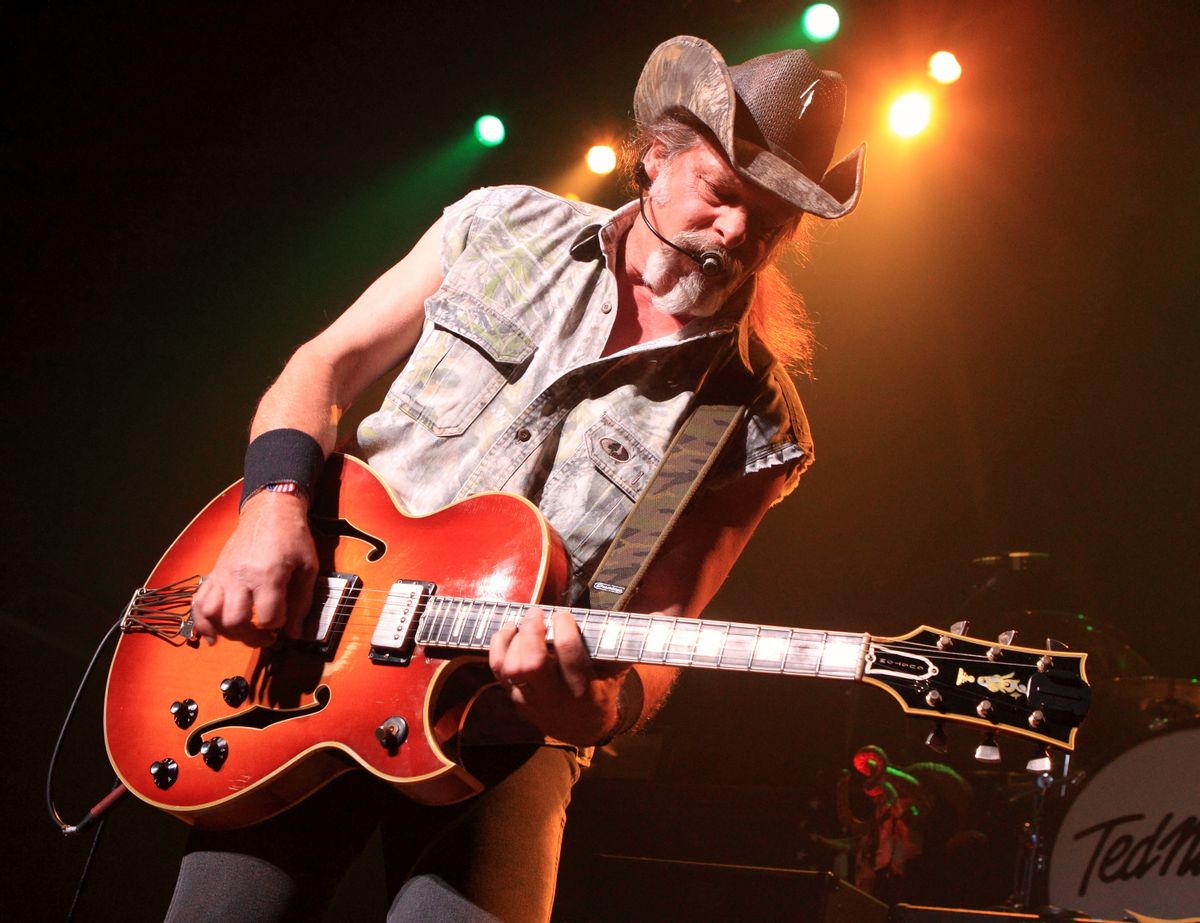 Ted Nugent, a man who has called slain teenager Trayvon Martin a "Dope Smoking, Racist Gangsta Wannabe" and who has wondered, via an Op-Ed, "If It Would Have Been Best Had the South Won the Civil War," has responded to the Native American tribes who recently dropped his performances from their casinos over his "racist and hate-filled remarks."

It's not clear which comments the various tribes took offense to, as Nugent is a human cornucopia of bigotry. Nugent responded as expected, though, telling Gannett Wisconsin Media that "I take it as a badge of honour that such unclean vermin are upset by me and my positive energy."

As the predictable media shitstorm around his comments continues, Nugent is apparently going into damage-control mode at the only place he'll find sympathy: in a studio with Glenn Beck. His defense consists of three points: A) The stupid liberals misquoted me, B) I have Native American friends so how can I be racist! and C) Besides, I'm more Indian than most Indians.

Alas, here's the kicker: "My lifestyle as a white guy — though I’m hard to accept that designation — is more in the Indian tradition than many of the Indians themselves.” Dear Native Americans: White guy Ted Nugent can't be racist, because the white guy knows more about your culture than you do.