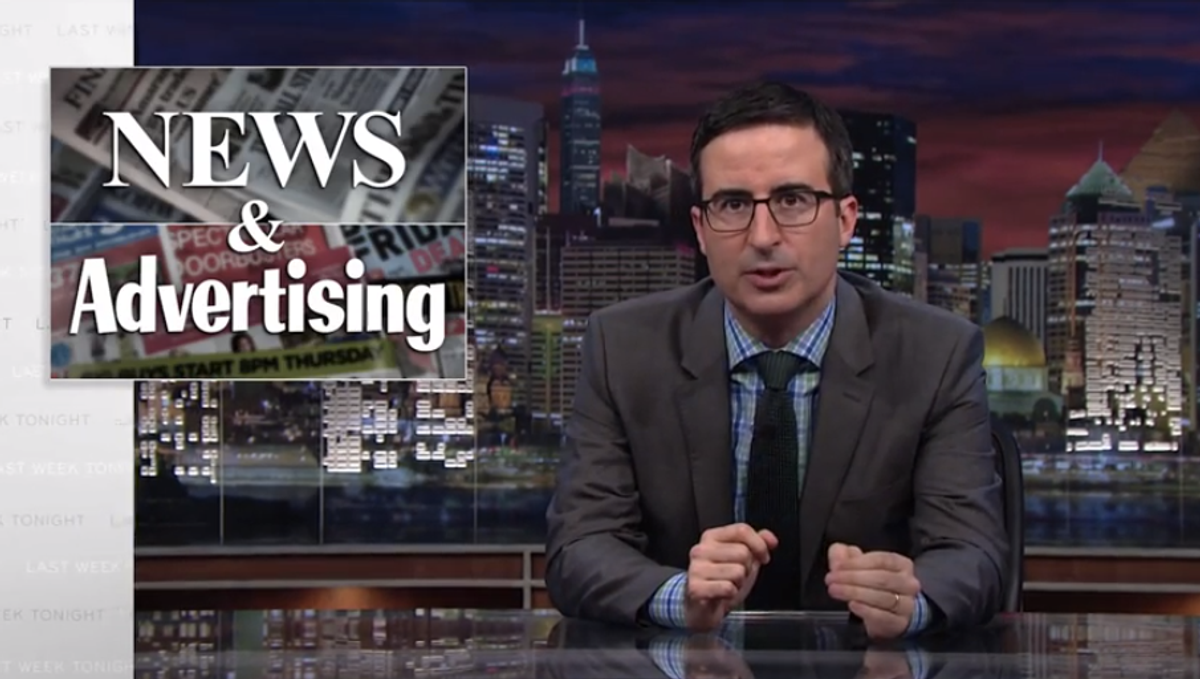 John Oliver has furthered Jon Stewart's critique of the online journalism industry from last week, deriding the development of native advertising. In an attempt to stay afloat in the digital age, publications like the New York Times, the Atlantic and Time magazine are compromising ethical standards for business interests, says Oliver, publishing stories sponsored by corporations.

This trend, known as "native advertising," "is a problem," Oliver says, "because the consumer cannot tell the difference." The sponsored content is marked "sponsored," but it blends in with other journalism because, as Oliver points out, "it's supposed to blend in."

It's one thing when the goals of the corporation or business align with the feature -- like a New York Times feature on women's prison systems, sponsored by Netflix's show "Orange Is the New Black," which highlights the same issues. But what happens when their goals aren't aligned? "The problem is, sponsors aren't always going to be as benign as 'Orange Is the New Black.' Sometimes, it's going to be a company like Chevron, who recently sponsored a piece in the Times about 'How Our Energy Needs Are Changing,' and spoiler alert: 'they're changing because we fucked up the Earth thanks to companies like Chevron,' is not the conclusion of the article," Oliver chides.

This is "seemingly the model now," Oliver says, but the blame doesn't just lie with the big companies. The comedian turns his critical eye toward his audience, who, by now, knows what's coming: "Before we demonize these organizations for selling out, it is worth remembered this is all at least partially our fault. A press cannot be free and independent if nobody is willing to pay for it. And it seems nobody is going to."