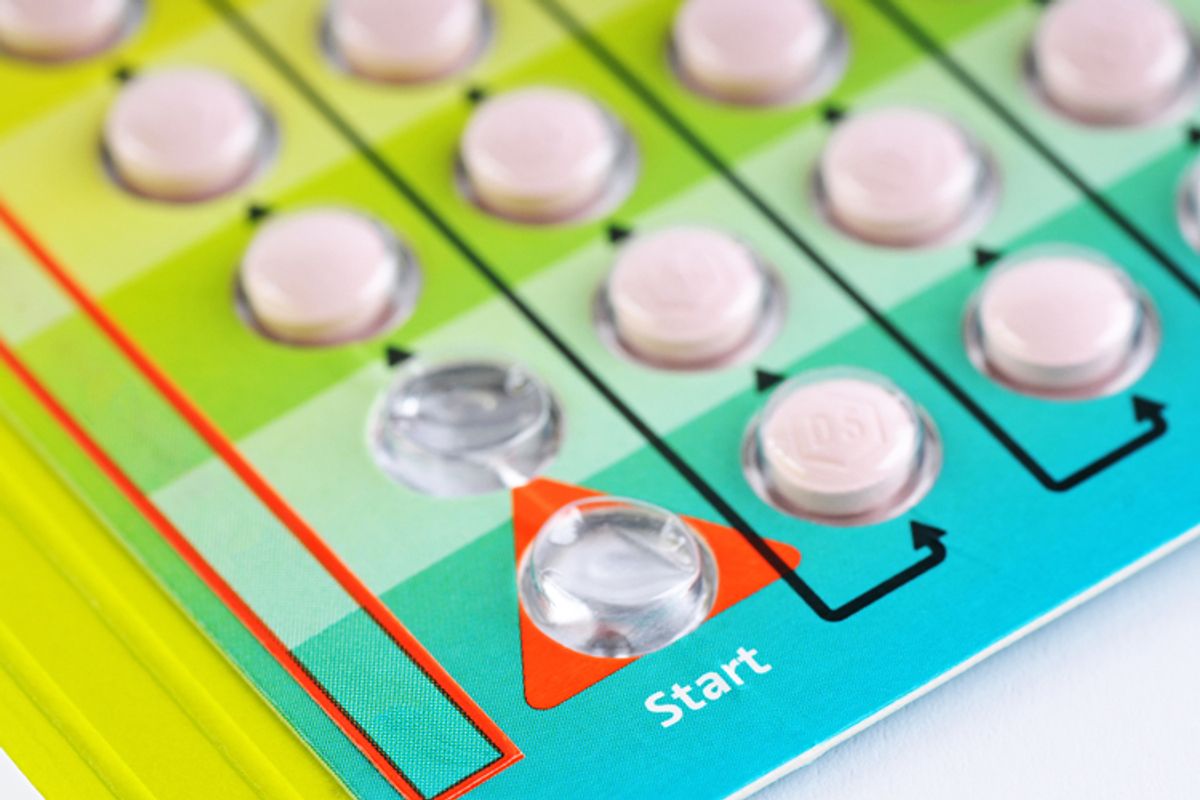 Some scary new scientific findings have been popping up across the Internet for the past few days that might lead some women to want to trash their birth control pills, but it's not time to freak out yet (and it might never be). According to a recent study published in the journal Cancer Research, taking certain forms of oral contraception could significantly increase a woman's chances of developing breast cancer. Researchers found that women with especially high estrogen levels faced three times the risk of developing cancer, and that even ingesting a more moderate amount of the hormone could still increase the risk.

Again, this should not be cause for widespread concern -- even though, as Jezebel smartly points out, this new "scientific fact" will probably become a go-to line in anti-contraception smear campaigns. The Atlantic notes that the study found no increased risk of cancer among women who took low-dose birth control pills, otherwise known as the more commonly prescribed type of oral contraception. High-dose estrogen pills, which did see an increased risk of breast cancer, have become increasingly uncommon and are typically prescribed for women who are dealing with other medical issues that might necessitate their use. Additionally, the cancer risk is only higher for women on high-dose estrogen pills while they're taking them; researchers found that the risk returned to normal when women discontinued their use.

And, the study's author urged, even for women who are on high-dose estrogen pills, the findings don't suggest that it's time to switch birth control right away. High-dose pills and lower dose estrogen-based birth control have been associated with reducing the risk of other cancers (such as ovarian cancer), as well as alleviating the effects of other devastating medical conditions like endometriosis. So, while the study might be something to consider for the few women who take high-dose estrogen pills and might face a higher risk of breast cancer, it's not right for everyone -- kind of like different kinds of oral contraception. It's not time to run scared from birth control, just time (as always) for women to find a method that works for them.