App designers are cashing in on the latest Israeli-Palestinian conflict 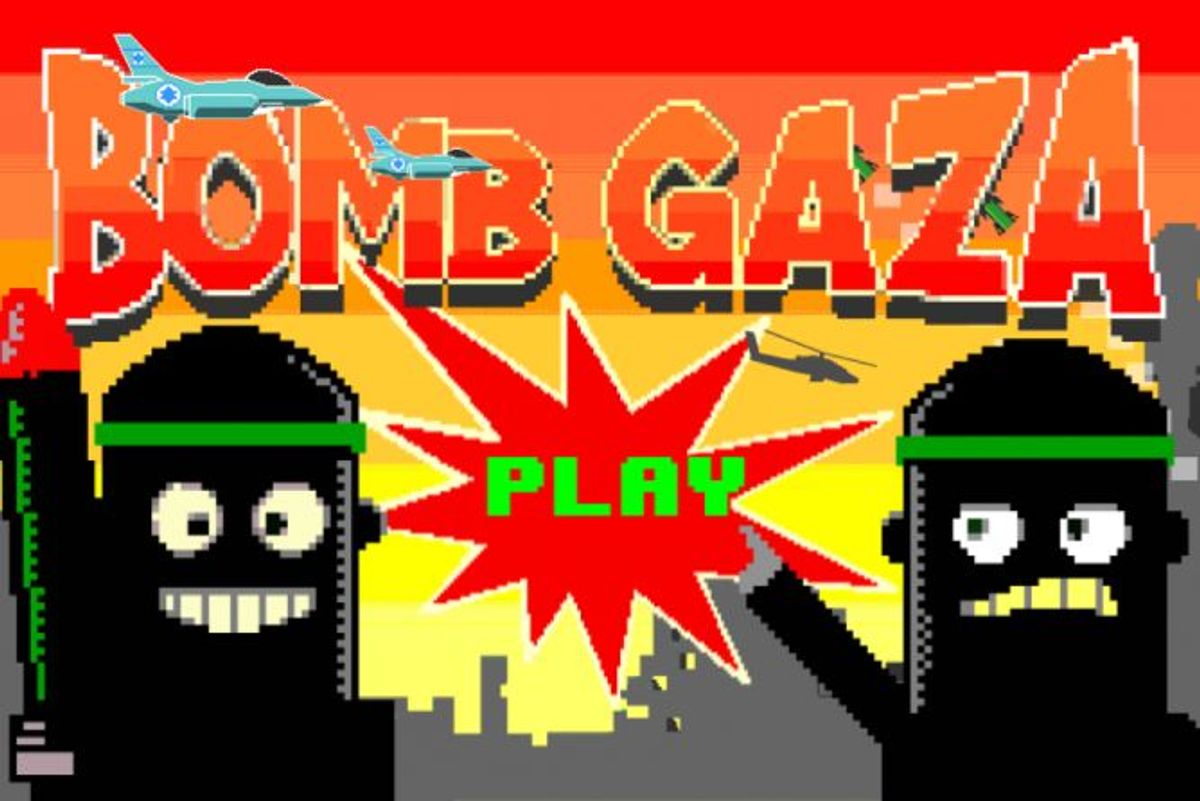 Do you wake up every morning to check the Gaza death toll and kind of wish you were flying a jet or controlling a drone and blasting Gaza to rubble?

Or, alternatively, do you imagine firing thousands of rockets into Israel?

If you answered yes to either of these questions, boy, have we got some video games for you.

Reasonable folks have just started freaking out about a game called "Bomb Gaza," which became available for free on July 29 on Google Play, the applications marketplace for smartphones that use the Android operating system.

There's "Gaza Assault: Code Red," which has fewer civilians to kill and is highly tuned to the politics surrounding the conflict. According to the developers:

"Take control of an Israeli UAV equipped with powerful weapons in an attempt to secure the region! Terrorist cells are launching rockets into your country. Do you have what it takes to protect your citizens? Gaza Assault: Code Red brings you to the forefront of the middle-east conflict, in correlation to ongoing real world events."

Then there's "Iron Dome," which puts you in charge of Israel's Iron Dome missile defense system. Israel is under attack! Your country needs you! Hundreds of rockets have fallen on its cities and towns. Millions of Israelis run, and must pull their children, into shelters each day. More than half a million Israelis have less than 60 seconds to find shelter after a rocket is launched from Gaza into Israel. Most rockets launched from Gaza into Israel are capable of reaching Israel’s biggest cities, including Tel Aviv and Jerusalem. Rocket fire from Gaza is a constant threat facing Israel’s civilians. YOU MUST DEFEND ISRAEL!

Here's yet another "Iron Dome" game. This time, the terrorists are "infiltrating the city and exploding their-selves in the name of their god." Presumably these cartoon parachuters are wearing suicide vests. Israel not your team? No worries, you have at least one more gaming option: "Rocket Pride," which allows you to control a Hamas rocket as you fly across Israel, avoiding the Iron Dome and anti-missile fire from the ground.

The preview doesn't show where you end up placing that rocket...