Really? Another editorial on why women's drinking is fueling sexual assault? Aren't we bored yet? 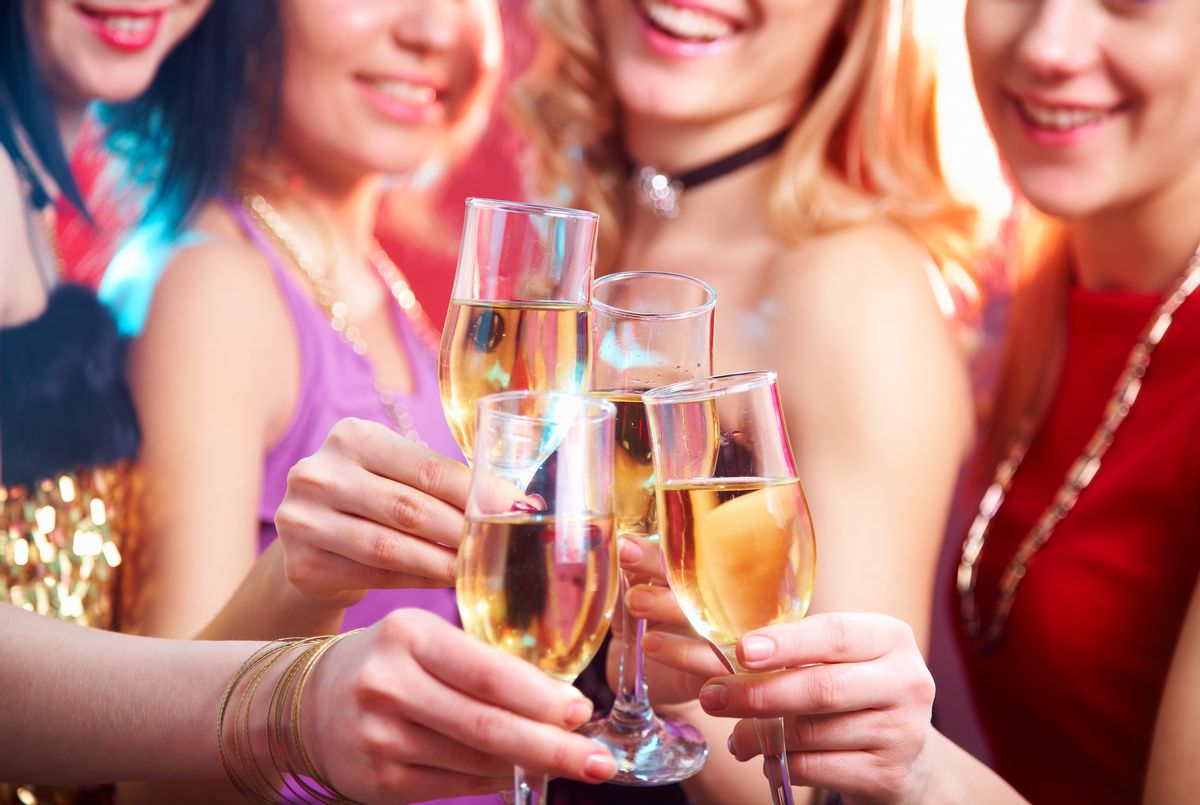 Here's what I'm pretty sure happened while USA Today's editorial board debated whether they should run a tired piece on women's drinking and "the truth" about "preventing campus rapes":

USA Today editorial board member No. 1:  Congress is finally trying to address sexual violence at the policy level, but there must be more we can do as a culture to prevent sexual assault! But what is it?

USA Today editorial board member No. 2: I have an idea, but I am scared to say it.

USA Today editorial board member No. 1: Scared? Why would you be scared to express an opinion? This is America!

USA Today editorial board member No. 1: Gather your courage, friend. We are here to protect you.

USA Today editorial board member No. 1: That is a brilliant idea! It is also an idea that I have never ever heard before in the history of ideas! Certainly, there has never been another editorial making this exact point! It's innovative! It's solutions-oriented. Why, it may just be the ticket to fixing this terrible problem!

USA Today editorial board member No. 2: But if we say this, the feminists will tell us that we are blaming the victim. And when they say those words, my feelings will feel very hurt.

USA Today editorial board member No. 1: Well, the solution to that is easy enough! We will just argue in the editorial that we are talking about women's drinking as part of a larger conversation about violence prevention, and then we will never address those other things! We will pretend that we think it's important to address perpetrators and affirmative consent, but we will never actually meaningfully discuss those things in the piece!

USA Today editorial board members No. 1 and No. 2: Hooray! We have solved rape!

This same conversation seems to happen every week or so at various news organizations, which is why we see so many boring and offensive articles arguing that women drinking alcohol is fueling the sexual assault crisis. Then we read the same rebuttals pointing out the victim-blaming and paternalism dripping from these pieces, then those writers receive emails letting them know that they are ignoring "practical solutions" by dismissing these arguments, and then we rinse, and then we repeat. This call and response is so well-worn and predictable at this point that some mention of it is usually built into opinion piece rape apologia.

USA Today addressed it head on:

Many recent [sexual assault] cases that have generated attention — including ones at Catholic University, Vanderbilt University, De Anza College, and Hobart and William Smith Colleges — involved students who were highly intoxicated, sometimes to the point of unconsciousness.

Yet even to discuss the linkage invites a fierce backlash — accusations of victim-blaming, of shifting the focus from perpetrators, or advancing a notion that women must curb their behavior instead of rapists curbing theirs.

Then they called these critiques "nonsense," and proceeded to rehash the point about drinking and rape.

Aren't we bored? Aren't we very, very bored of this? Even if these editors want to address behavioral change and sexual assault, and even if they sincerely believe that women's drinking is the reason they are sexually assaulted, didn't anyone in that meeting think to say: "Hey, this argument has been made already. What's our fresh take?" (Hot tip: The media loves "fresh takes.")

What's even stranger about this particular piece is that USA Today ran an excellent rebuttal by Dana Bolger of Know Your IX that totally crushes the editorial board's victim-blaming "solutions":

Rape is a powerful tool of social control, used to keep us in our place. Like rape itself, the endless chorus of "don'ts" keeps us quiet and submissive. But it neither reduces violence nor comes without cost: It keeps us out of public space, afraid to take risks. It does violence's work for it.

To reduce rape, we can challenge the conditions of inequality that allow gender violence to flourish. Begin consent education in elementary schools, teach boys not to rape, and hold perpetrators accountable in our colleges, churches and families.

The alternative — to deny women the opportunity to move freely and live full lives — reaffirms the very effects of violence it seeks to mitigate.

Why not just run Bolger's piece to launch the conversation about rape prevention on its editorial pages? Why walk out the same, tired arguments about booze?

Because yes, I find such writing offensive for ignoring the kinds of education that would encourage a healthy understanding of sex and consent. And for accepting the premise that rape will always remain so prevalent -- such a fundamental part of our culture -- that women are deluding themselves when they bristle at being told to modify their behavior so that people won't assault them. And for ignoring, again and again and again, the role of perpetrators, the great common denominator in all cases of sexual assault.

But I am also just exhausted at how intellectually lazy the mainstream conversation has become. How editors think they're really on to something by repackaging this argument about alcohol every few weeks. So for perfectly selfish reasons, to relieve my bored frustration with how incredibly stupid and not helpful such pieces are, I've come up with a few new approaches the next time USA Today or any other outlet wants to take on the issue of rape prevention:

1. The rebuttal to pieces linking women's drinking and sexual assault is often, "Teach men not to rape." What does that mean in practice? What would an anti-rape sexual education really look like?

3. What happens to young men after they commit rape? What kind of rehabilitative programs are available in this country to first-time offenders? Are we doing enough to make sure our system offers reform, not just punishment?

I would love it if newspapers pathologically recycled such ideas in the same way they pathologically recycle these editorials about alcohol and rape. I would love for people to have arguments critiquing male sexual entitlement and the dehumanization of women piped into their living rooms on nightly news reports. I would love to feel bored after reading yet another opinion piece on teaching affirmative consent in schools. Maybe then we'd actually get somewhere.