No, Twitter will not topple a crazy North Korean dictator

A hackathon winner hopes access to outside media will nurture freedom. Not if China can help it 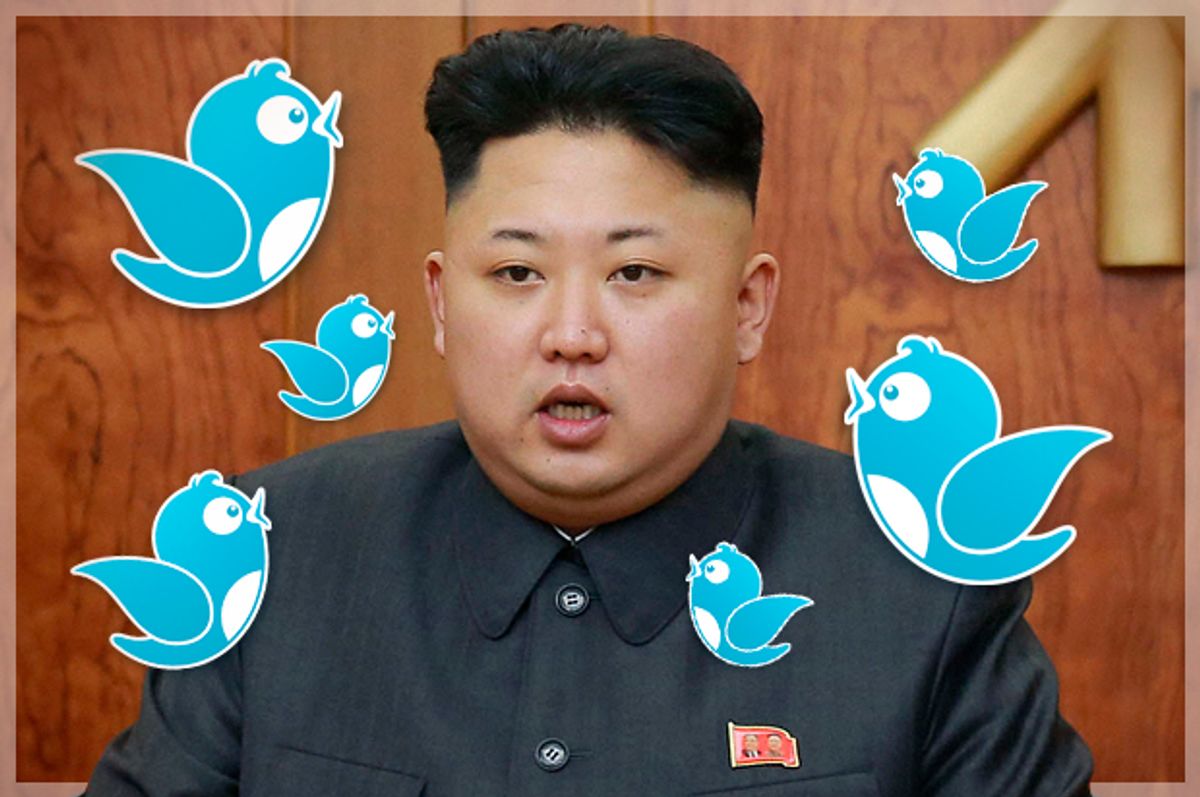 Can Twitter liberate North Korea? One of the winners of a hackathon sponsored by the Human Rights Foundation believes so.

“I think our initial hope is to get North Korea to the state of Iran, where information is flowing in,” one of the team members, Matthew Lee (a pseudonym), told Ars Technica. “Right now North Korea is a hermit state. If we can at least get to a state where you can use Twitter, then people will understand what's going on outside. That's the first catalyst and then they can use our device to create a shadow network and with that, they can bring about a change within their own social context.”

The winning plan (theorized only in concept) involves distributing "flat panel" satellite dishes that could be easily camouflaged and allow access to South Korean satellite television. But while it's not crazy to think that enhanced technological access to outside media could have an impact on the domestic "social context" -- there is apparently a thriving black market for miniature TVs and USB drives that North Koreans use to watch South Korea's hugely popular serial dramas -- North Korea is still probably the worst possible test case for the notion that social media can empower liberty.

It's not just that our initial enthusiasm for the potentially positive role of social media in the Arab Spring has been complicated by the political twists and turns that have wracked countries like Egypt and Syria in the last two years. Or that the sheer insane murderousness of the Kim Jong Un regime is unlikely to be influenced much by an online civil society where access to computers is minimal.

The realpolitik is just not amenable to tweet-storms. North Korea survives as a state because of Chinese support. China is "the main source of food, arms, and fuel" for North Korea. Until that changes, social media and satellite television access are unlikely to achieve anything meaningful.