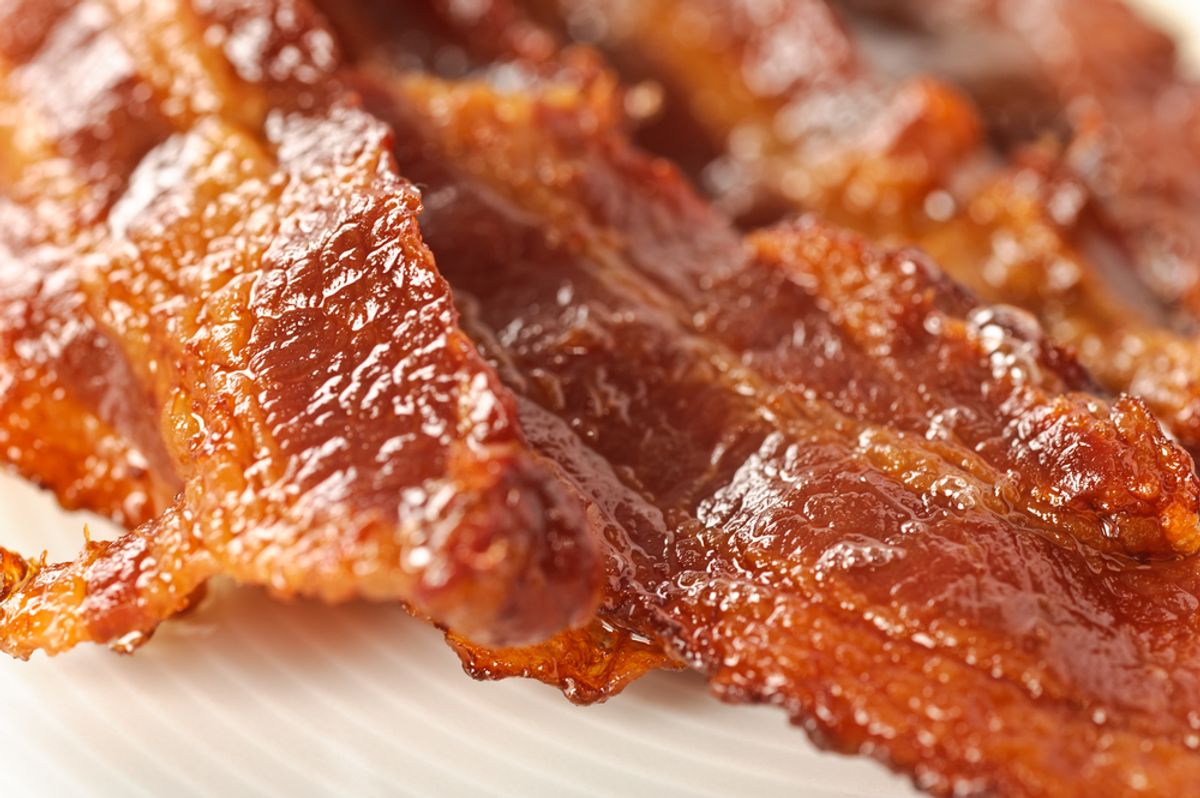 Porcine epidemic diarrhea virus, the deadly virus that spread across 30 states, wiped out a large portion of the U.S.'s pig supply. Now, bacon and other pork products are more expensive than ever.

Bloomberg reports on the disaster:

Declining supplies of pigs ... have pushed up retail-bacon prices 10 percent in 2014 to $6.106 a pound in June, the highest since at least 1980, government data show. Wholesale pork-belly costs doubled, reaching a record $2.0353 a pound in April, according to the U.S. Department of Agriculture.

Bloomberg also profiled a real hero in this crisis: Brian Polak, the 41-year-old "baconholic" who has been forced into curing his own at home because of the prohibitive cost. "A day doesn't go by where I don't have at least a strip," said Polak, who is almost definitely not a Jew.

Honestly, just writing the phrase "pig supply" made me a little queasy. How about we all take a temporary break from pork products and use the money we save to buy a house or an airplane?