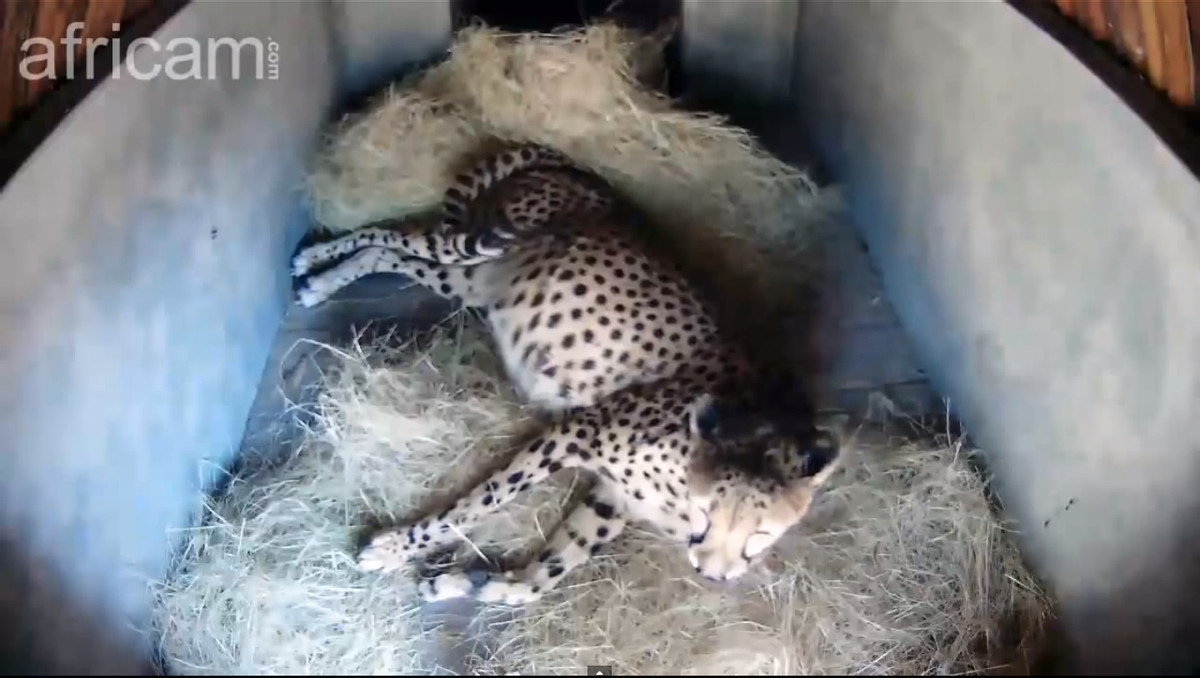 Since the cheetah is officially a vulnerable species, any successful birth is a big deal. Last week, a cheetah named Meg gave birth to a litter of four cubs at the Hoedspruit Endangered Species Centre (HESC) in South Africa. The birth of these cubs is especially exciting because they carry the gene for king cheetah marks, blotchy spots and stripes that tend to look a little less orderly than traditional cheetah markings.

Best of all, the birth was captured on camera so you can watch the event in all its biological glory. A warning: The video is part adorable, part slightly graphic in that it shows a cub literally falling out of its mother. But, like, nature!

King cheetahs were once thought to be a distinct species, resulting from the interbreeding of cheetahs and leopards. But in 1981 zookeepers realized that king cheetahs were a mutant breed after two captive spotted females gave birth to a king cheetah. Three decades later, scientists identified the gene responsible for making a king -- that same gene that turns a mackerel-striped tabby cat into a blotched tabby.

If you're craving more mommy-baby cheetah bonding, you can watch a live stream of Meg and her cubs here.