What will we do when city cemeteries fill up? 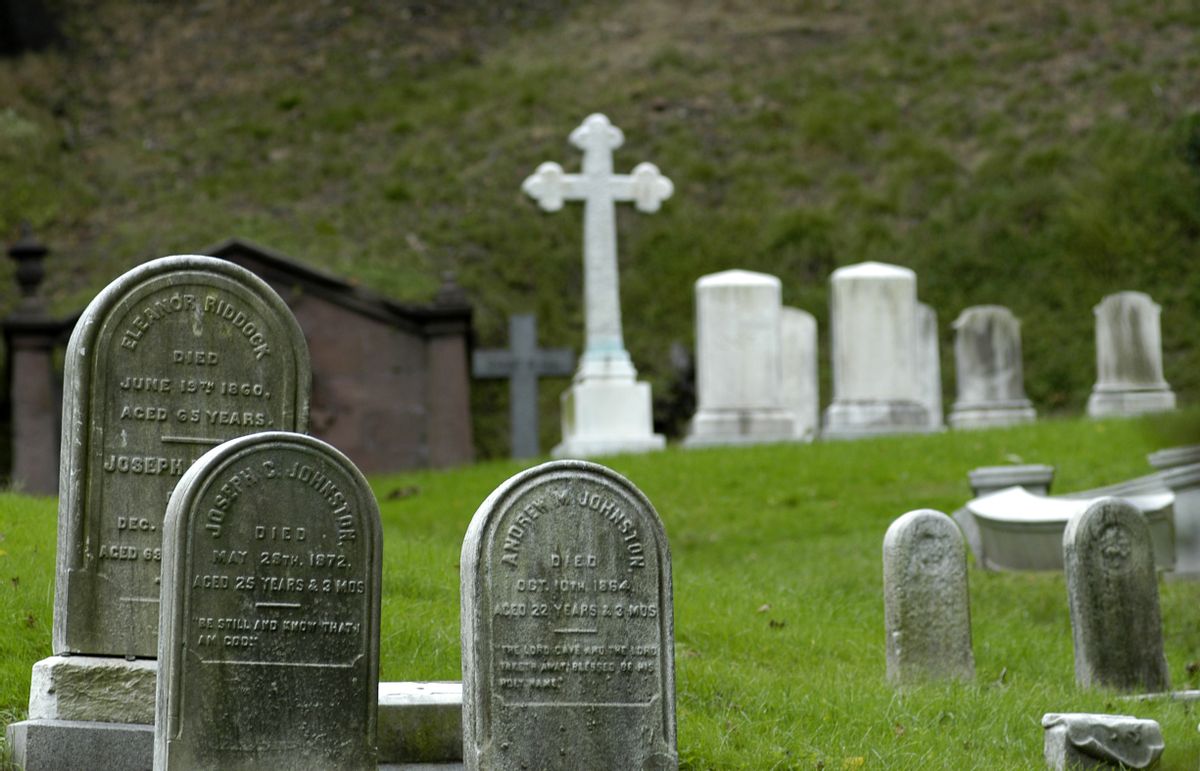 The new hottest real estate item: a 756-square-foot mausoleum site in Brooklyn's Green-Wood Cemetery. On the edge of beautiful Park Slope, this is the perfect place to wait out the rest of eternity. Only problem is, the space will set you back a cool $320,000.

Every week, around 1,000 New York residents die, meaning cemeteries have almost run out of room in Manhattan, allowing Brooklyn and outer-borough properties to charge exorbitant amounts. Sure, you could leave the five boroughs, but as in life, New Yorkers don't seem to be all that eager to schlep to New Jersey for a stay that will last for approximately forever. (For example, former Mayor Ed Koch paid $20,000 to be buried in the uptown Manhattan Trinity Church Cemetery, telling the Associated Press, "I don't want to leave Manhattan, even when I'm gone. The thought of having to go to New Jersey was so distressing to me.")

There are a few options for those who are priced out of a city cemetery, the first of which is pretty obvious: move to the suburbs. Numerous cemeteries upstate will sell you a plot for only $500. Or, you can opt for cremation, a trend that has grown exponentially in the past 50 years: in 2012, 43 percent of Americans chose it, 70 percent of Londoners, and almost 100 percent of Tokyo residents (there isn't really another option).

Elsewhere in the world, you either have to build up or dig down into the earth to make way for new bodies.

Green burials are a draw for eco-friendly urbanites: There’s no embalming and no metal casket. These no-frill alternatives are cheaper, too: about $3,000 compared with $10,000 for a traditional interment, Cunningham said.

Claiming to be the greenest of them all is Promessa Organic AB, based in Nosund, Sweden. It is developing a procedure that would freeze-dry bodies in a tank of liquid nitrogen and pulverize them. Unlike cremation, the process doesn’t release toxins, such as mercury, into the air...

To tackle the shortage in burial grounds, London passed a 2007 law allowing authorities to dig up graves at least 75 years old to make way for new ones. Problem is, boroughs have been reluctant to use their powers, according to the University of York’s Cemetery Research Group.

In Asia, the dead, like the living, are moving into high-rises.

The wait time for a sought-after slot in a public Hong Kong columbarium -- a building containing urns -- can be as long as five years. One private development approved earlier this year will convert an abandoned leather factory into an 11-story columbarium that can hold 23,000 niches.

There are other options for the particularly adventurous, like a floating cemetery on the South China Sea, and a company that will launch your remains into space. Regardless, we're all going to have to get used to the rise of nontraditional plans. "The problem is pressing, now more than ever before," said Christopher Coutts, an associate professor of urban planning at Florida State University and co-author of a 2013 paper, "Planning for the Deceased." "Right now we're not being efficient, or environmental."