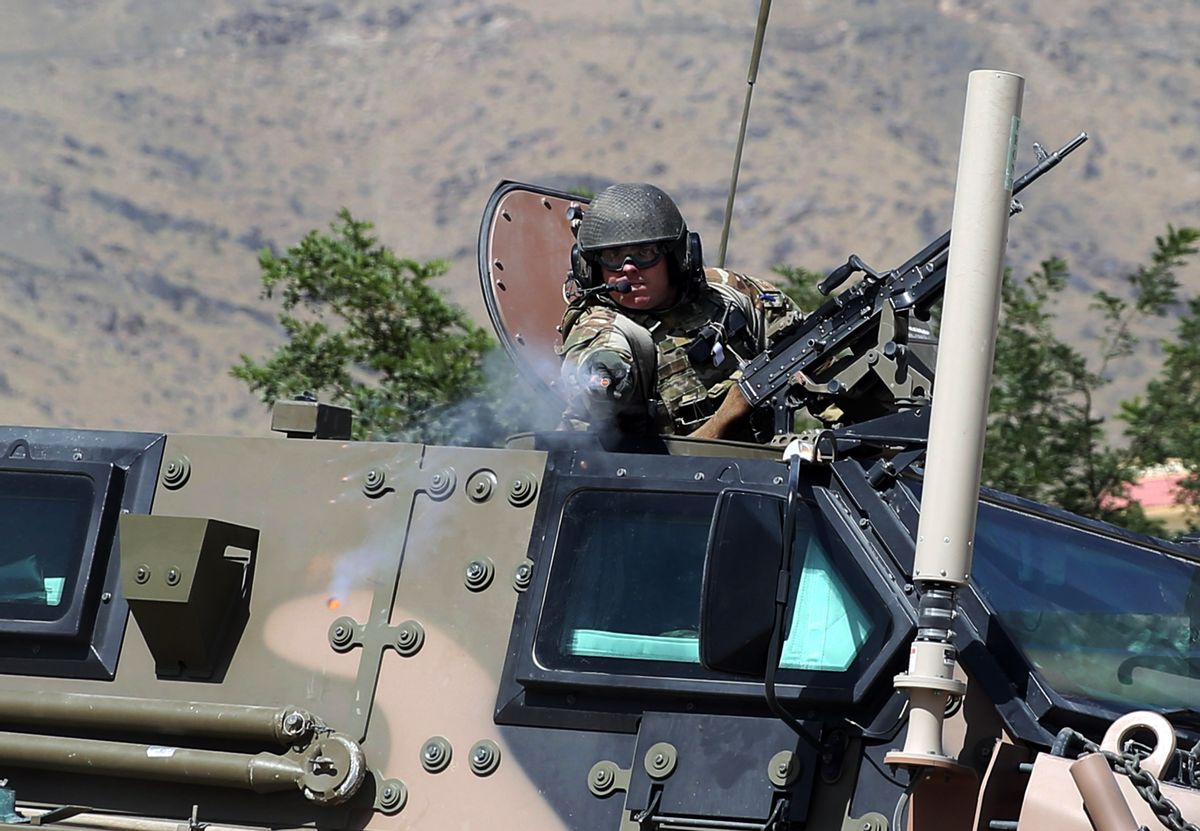 A NATO soldier opens fire in an apparent warning shot in the vicinity of journalists near the main gate of Camp Qargha, west of Kabul, Afghanistan, Tuesday, Aug. 5, 2014. Earlier in the day, a man dressed in an Afghan army uniform opened fire on foreign troops at the military base, killing a U.S. two-star general and wounding others, among them a German brigadier general and a number of Americans troops, authorities said. (AP Photo/Massoud Hossaini) (AP)
--

After four weeks of intensive fighting, including close to 5,000 Israeli strikes on Gaza targets, the devastation is widespread.

2. ATTACKER DRESSED AS AFGHAN SOLDIER KILLS US GENERAL NEAR KABUL

Maj. Gen. Harold Greene is the highest-ranked American officer slain in combat in either of the nation's post-9/11 wars in Iraq and Afghanistan.

Authorities say that a sick man who later died was not immediately quarantined. Now eight health workers who had contact with him have symptoms of the disease.

Investors are reacting to fresh fears of a Russian push into Ukraine.

6. WHICH ISSUE WILL BE FRONT AND CENTER

In the coming weeks, fights over gay marriage from nine states will be heard in federal appeals courts.

Shattered glass flies and 13 people are injured when the two double-decker buses collide in one of New York's busiest spots.

8. HOW 'OBAMACARE' IS PLAYING OUT IN SOME STATES

States that fully embraced the law's coverage expansion are experiencing a significant drop in the number of uninsured residents.

The charges against Anthony Bosch and six others mark one of the biggest salvos yet involving the alleged drug ring that ensnared Alex Rodriguez and other ballplayers.

Becky Hammon, a WNBA star who plans to end her playing career after this season, becomes the NBA's first full-time, paid female assistant.