Beyond parody: Facebook conservatives are making "Benghazi" their middle name 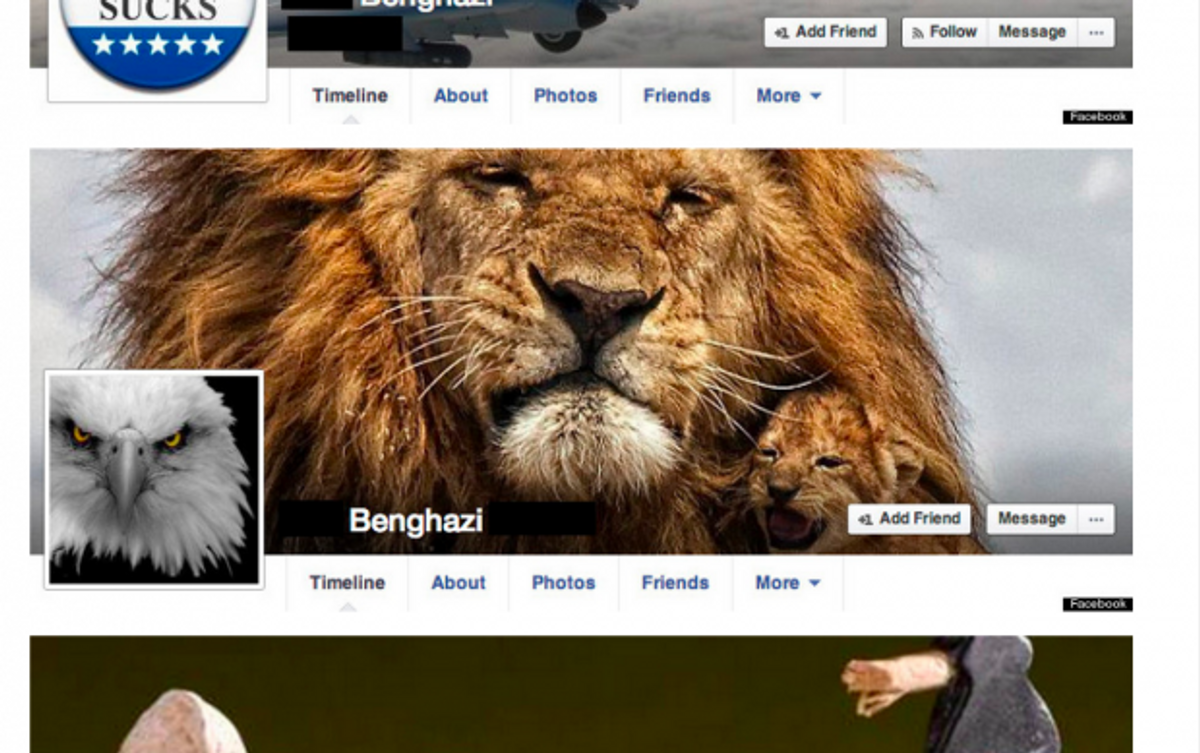 Perhaps hoping to negate the counterrevolutionary vibes emanating from Republicans in the House of Representatives, conservatives on Facebook have taken to changing their middle name to "Benghazi," reports the Huffington Post.

Via HuffPo, here's a representative example, which is so good that it has our internal Poe's Law alarm flashing, but which we're going to share anyway:

And here's another winner, which we're sharing because we think the profile picture does an admirable job of getting right to the point:

HuffPo's got a whole bunch more collected here that are worth checking out for the laughs.

As to what these conservatives think they're accomplishing by changing their middle names to a city in Libya, there's a chance that they're riffing off an earlier, left-wing movement to get folks to change their middle names to "equality" in support of LGBT rights. So maybe chalk this latest iteration of the Benghazi obsession as yet another example of the right copying the tactics of the left.