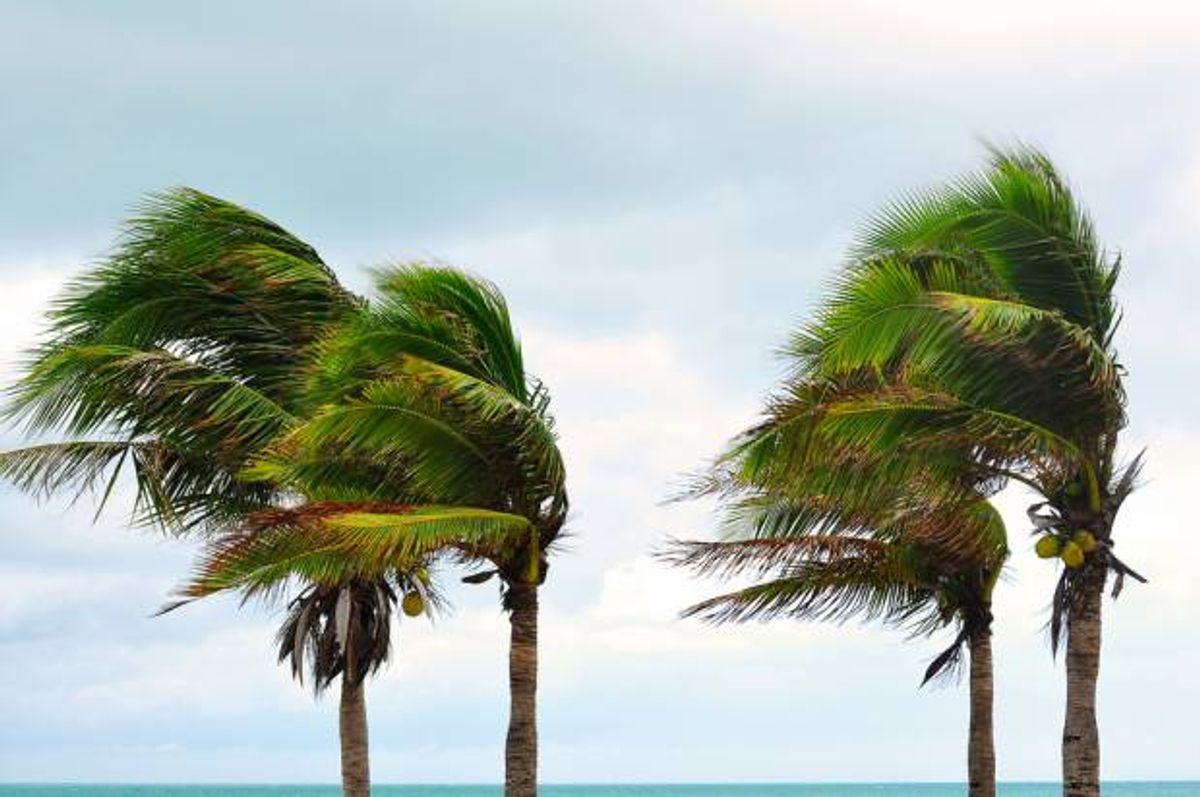 Hawaii isn't known for its hurricanes, which is why it is so remarkable that two, Hurricane Iselle and Hurricane Julio, are scheduled to hit the state this week. The National Weather Service has issued a flash flood warning for the entire chain of islands for Thursday, and school officials from Hawaii County and Maui County have already cancelled classes that day.

Hawaii is protected from the major storms because of something called the Tropical Upper Tropospheric Trough, or TUTT. Meteorologist Dr. Steve Lyons explains:

[TUTT] rules the high levels of our weather atmosphere there and creates winds typically too fast for development of a hurricane and too fast for an approaching hurricane from the east to remain a hurricane. That is why quite a few remnant tropical circulations go by south, north, or occasionally through the islands, but rarely does a tropical storm or hurricane reaches [sic] them.

But paradise is not always paradise. Hawaii is vulnerable when a strong hurricane develops to the southwest, then moves north when the TUTT is displaced slightly north of its normal location. This is by far most common in El Nino years.

In fact, hurricanes have only directly hit Hawaii three times since 1950, although when one has hit, it has wrought damage. Hurricane Iniki killed six people and destroyed 1,400 houses in 1992.

The Department of Emergency Management in Honolulu has recommended that residents stock up on a week's worth of supplies.