Justin Amash, one of the most libertarian lawmakers out there, says his primary opponent owes him an apology 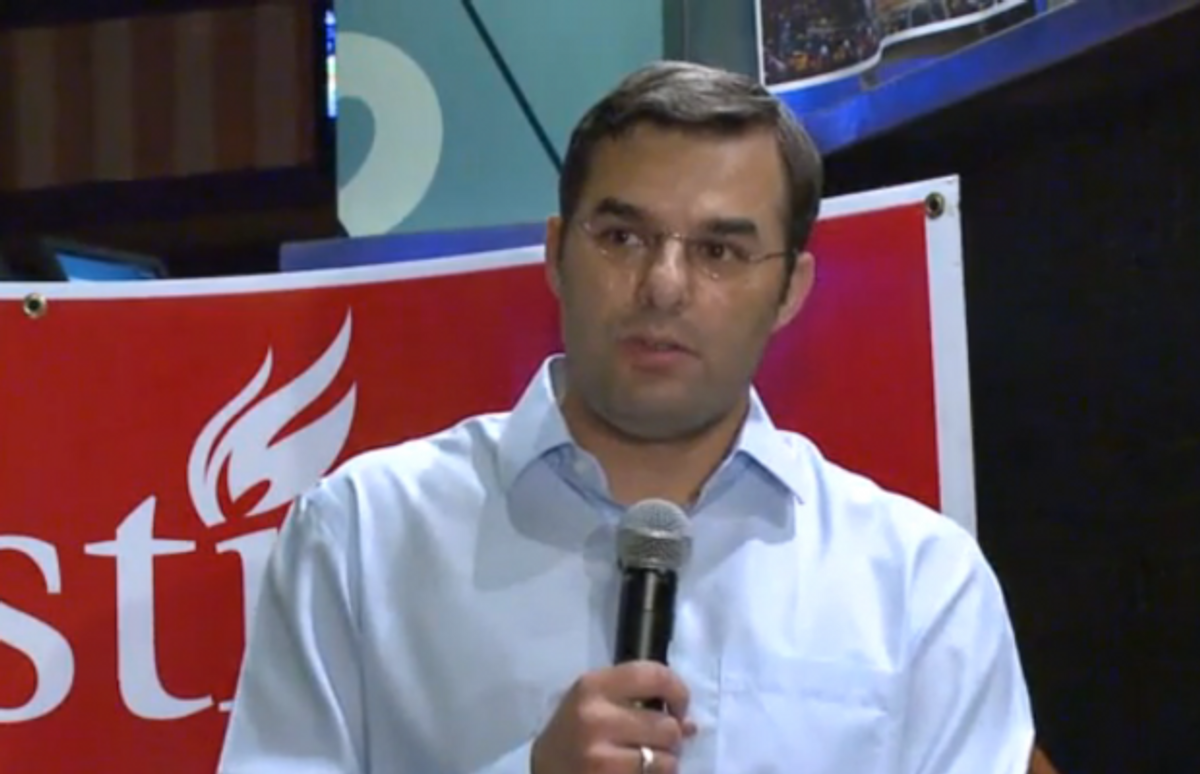 You'd think staving off a well-financed primary opponent would make Michigan GOP Rep. Justin Amash happy — especially when you consider how Amash is an unapologetic member of the more radical/libertarian wing of his party, and thus unlikely to enjoy a long career in Congress without moderating his views.

But as the video below of Amash's victory speech can attest, anyone imagining Amash is overcome with feelings of relief and joy following his victory would be profoundly mistaken.

“Brian Ellis, you owe my family and this community an apology for your disgusting, despicable smear campaign,” Amash said to his opponent during his victory address. "You had the audacity to try to call me today after running a campaign that was called the nastiest in the country."

"I ran for office to stop people like you," Amash continued, "to stop people who were more interested in themselves than in doing what’s best for their district."

Asked later to explain what had so angered him about Ellis' behavior during the campaign, Amash cited an ad that called the Arab-American opponent of the NSA "al-Qaida's best friend." Amash described the ad as "pretty disgusting" in an interview he gave after his speech. Earlier that night, he said Ellis was "what's wrong with politics" in America.

Ellis wasn't the only recipient of Amash's fury, however. The congressman also had harsh words for current-lobbyist and former-congressman Pete Hoekstra, a Republican who was known for his ardent support of the NSA (as well as his infamously racist campaign ad).

"I want to say to lobbyist Pete Hoekstra, you're a disgrace," Amash said. "I'm glad we can hand you one more loss before you fade into total obscurity and irrelevance."