Noah Ritter is "a natural-born newsman," the comedian declared 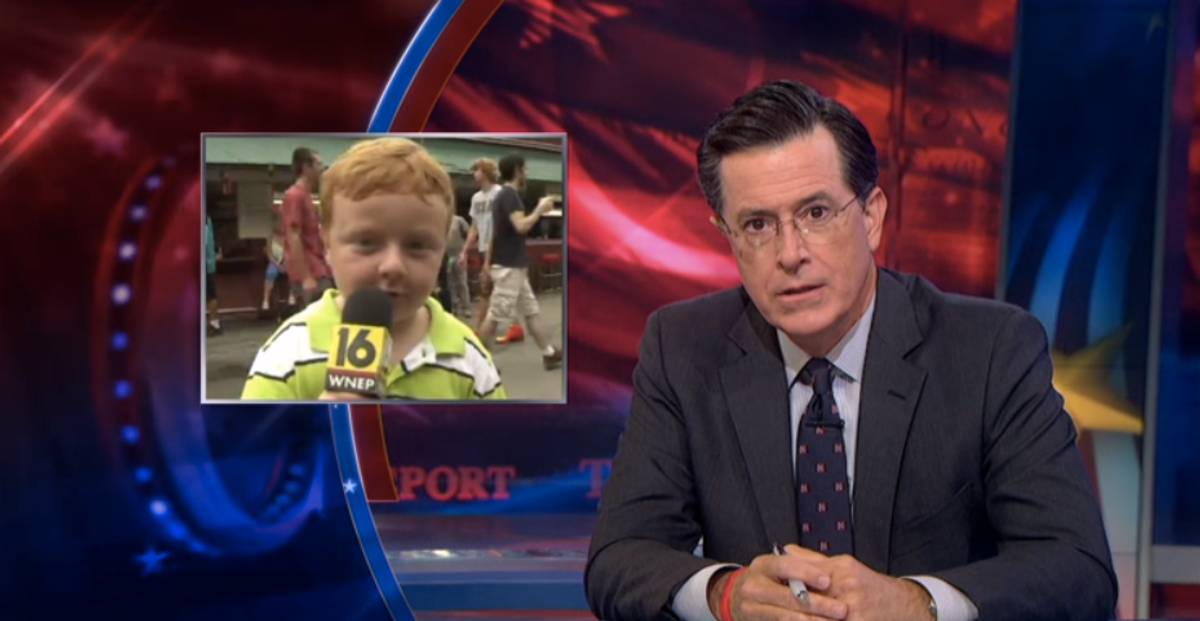 Stephen Colbert sees "a natural-born newsman" in "Apparently kid," the Pennsylvania 5-year-old whose adorable interview went viral earlier this week. "News anchor babies like this are breathing down my neck," he said, citing the fame of 5-year-old Noah Ritter as yet another reason for him to leave "The Colbert Report." "At 5 years old, he's already got the sincerity of Edward R. Murrow, the reassuring gaze of Walter Cronkite, and more gravitas than Steve Doocey." Colbert notes that the kid's got the chops to replace Fox News anchor Sean Hannity, too, whose catchphrase seems to be "literally." Apparently, it literally could happen.