Baby shower games are insane: How our obsession with celebrating moms-to-be got totally out of control

Ever been forced to play "pass the diaper" or make a collage of celebrity babies? I have -- one too many times 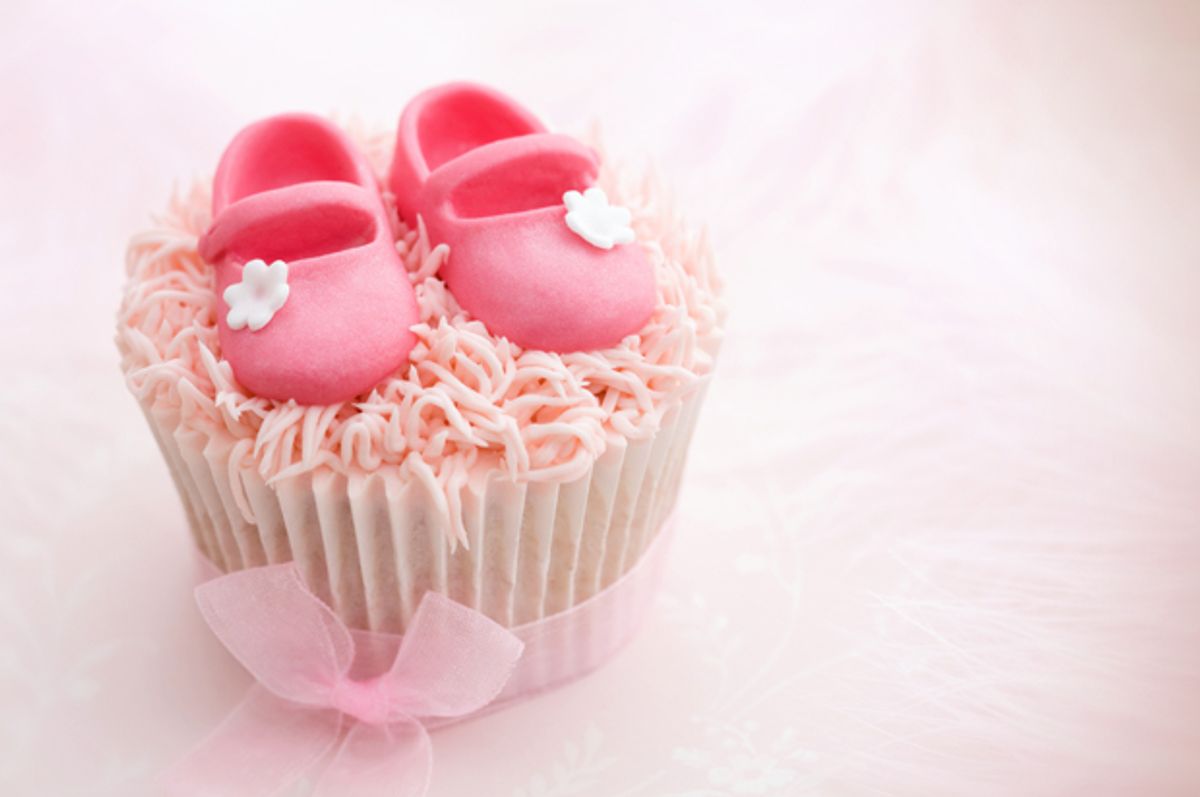 There is something to be said for filling a diaper with chocolate and passing it around in a roomful of women, and that something is probably, “That’s disgusting.” While this particular practice sounds insane on paper, nearly every weekend in the United States, you can bet that individuals are performing such rituals in the name of casual, celebratory fun. That’s right: grab a slice of quiche, pour a virgin mimosa, and pass the diaper -- and you're playing just one of the weird-as-all-hell games that American women partake of at baby showers.

A bit of history: If you think baby showers suck now, you should have seen what they were doing back in ancient Greece. At that time, Mom was sequestered from the world for several days after birth, considered unclean. She was welcomed back into society with a feast, but instead of being showered with presents, she was actually the one responsible for offering gifts to the birth goddess. Lame.

The modern-day baby shower, as we know it today, was first popularized during the baby boom following WWII. During this historic time of epic consumerism, baby celebrations shifted from quaint gatherings to the materialistic blowouts that we now know today – all-female bonanzas in which gifts are bought from a registry and childlike games are played by adult women.

Now, as a resident expert in Structured Fun, I have often been asked by friends to take the lead on these impossibly strange games. Don’t ask me why. I guess I’ve just got a face that says, “Hey, pregnant ladies and friends of pregnant ladies: Let’s get crazy.” It’s this position that has led me to spend hours of my life that I will never get back researching games online.

With the popularity of mommy blogs and the rise of curated content sites like Pinterest, the Internet has exploded with ideas for how to liven up these notoriously stiff parties. Of course, you will find the classics such as “Name That Poo” (the unfathomable game I mentioned earlier where players have to identify different kinds of chocolate or baby food or Sriracha in diapers) and “How Big Is Mommy” (a game in which participants use lengths of ribbon to guess how gargantuan Mommy’s tummy is, which I’m sure always goes great and never offends anyone). But in recent years, the collection of baby shower games has gotten much more extensive, and I’m pretty sure that's not a good thing.

Take, for example, a game titled “Party Crasher.” The description, as listed on a Hubpages post, begins with the following: “Arrange for someone your guests don’t know to show up at the party. She should dress and act strangely.” While this game already has the makings of a hellacious nightmare, it gets better. This seemingly disturbed woman shows up to the party frantic, claiming that she’s looking for a nearby bridal shower. Digging through her purse to find the invitation, she removes an assortment of items. Finally, she locates her invite, returns the contents to her purse, and it is revealed, to the relief of the petrified guests, that this woman is not some bloodthirsty stranger – she’s a friend of the host. The objective is to then try to remember as many items from her purse as possible. Even if they can’t remember every single thing, the guests will just be grateful to be alive. Fun!

While not all baby shower games involve enlisting the help of strangers with oversize purses, they all tend to seem like an insult to the guests’ intelligence. “Don’t Say Baby” is a classic example of this. If you’re unfamiliar, this game is simple: You are given a diaper pin that you have to wear throughout the shower. If you say “baby” at any point, you have to give it up, regardless of the context. Everyone laughs at you, and you are not allowed to look into the eyes of your fellow women ever again. Just kidding, but seriously, though, don’t say “baby” because the last person who still has her pin wins a prize (usually a candle or some other crappy trinket). I lost this game recently on a technicality. I wasn’t talking about actual babies or anything like that (dear god, what would I even say?), but I was citing the mere fact that we were at a baby shower. I relinquished my pin, rolled my eyes and never thought about that moment again. Until now.

While I don’t have any children, and I’m not exactly primed to spend an afternoon talking about baby things, out of a spirit of love for my expecting friends, I totally do it gladly. I even preempt the event with a trip to Babies-R-Us, a store that seems to have been modeled after my nightmares. Oppressive lighting, crying children, expansive aisles filled with items I don’t understand – these are literally features of most of my stress dreams. It all seems like a noble sacrifice until I arrive at the shower, and I have to play a game involving spoon-feeding baby food to my friend who, it should be noted, has a Ph.D.

And I’m willing to bet that I’m not the only one with a disdain for these games. Certainly there are others, and I’m sure of it because I’ve seen that look in the eyes of women whenever I’ve been the one responsible for leading baby shower activities. It’s a look that says, “Dear God, please let this time be different,” and to them I return a reassuring glance that says, “It won’t be, but I will try to make it go as fast as possible.”

There is something about these games that seems so depressing. Crowded in living rooms across America sit women of great talent, ambition, maturity and independence. They are real adults with careers and depth of experience, yet we are determined to infantilize all of them as well as the soon-to-be mother. Instead of reflecting on the gravity of this new stage of life, we put candy in diapers, wear balloons under our shirts, and make collages featuring celebrity babies.

So ladies, let’s flip the script. We can totally rework this whole baby shower concept. Let’s keep the presents because presents are great and moms need burp cloths, but let’s stop kidding ourselves with these games. We are grown women, and we should respect mothers enough not to subject them to this embarrassing rite of passage. And if we’re going to play these games anyway, let’s at least allow the rest of us to drink mimosas with real champagne.