Our technology may have improved a lot, but our sexist attitudes have not 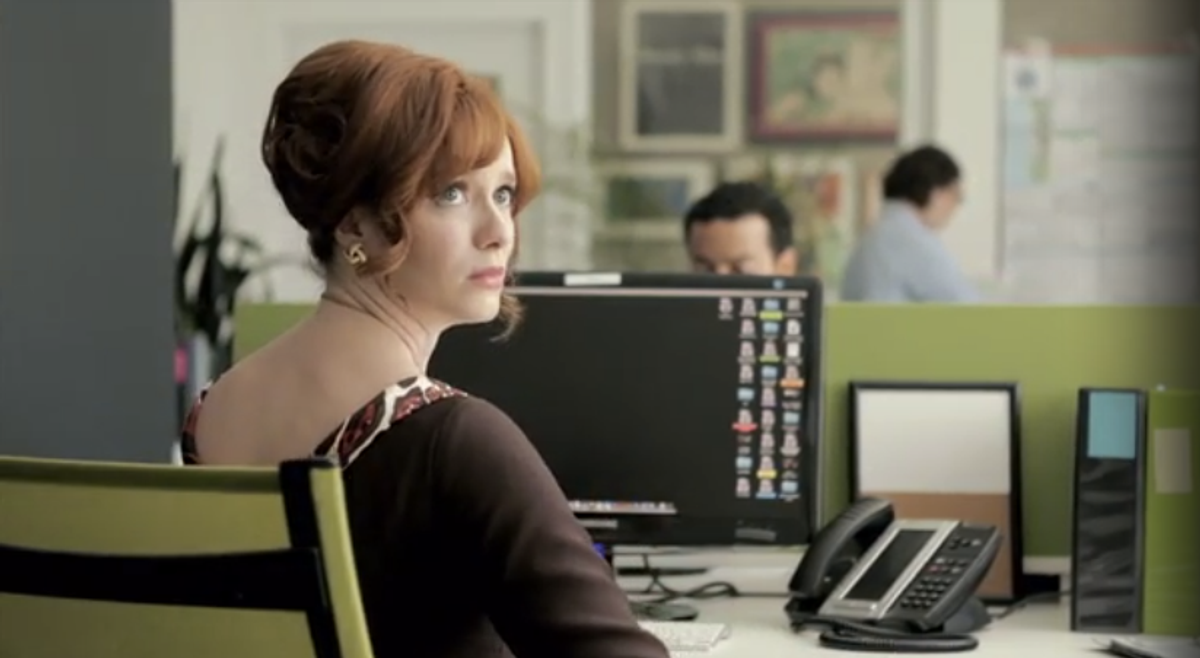 "Funny or Die" has created another feminist social commentary, this one with "Mad Men" star Christina Hendricks: While some things have changed in the modern office setting, like our technology and smoking policies, some things are depressingly similar (hint: sexism!). Hendricks, as her "Mad Men" character Joan, fumbles her way around a so-called modern office until a co-worker complains, saying, "You're acting like you don't know how a modern office works!"

"Well, in the U.S., women make 23 percent less than their male counterparts. Did you know that almost 70 percent of the minimum wage workforce is female, but only 15 percent of our Fortune 500 CEOs are? So I figure if we're going to run our businesses like it's the 1960s, I'm going to act like it."

Modern Office with Christina Hendricks from Funny Or Die