Lou Dobbs: Obama should have noted white Ebola victims “were in Africa caring for thousands of black people” 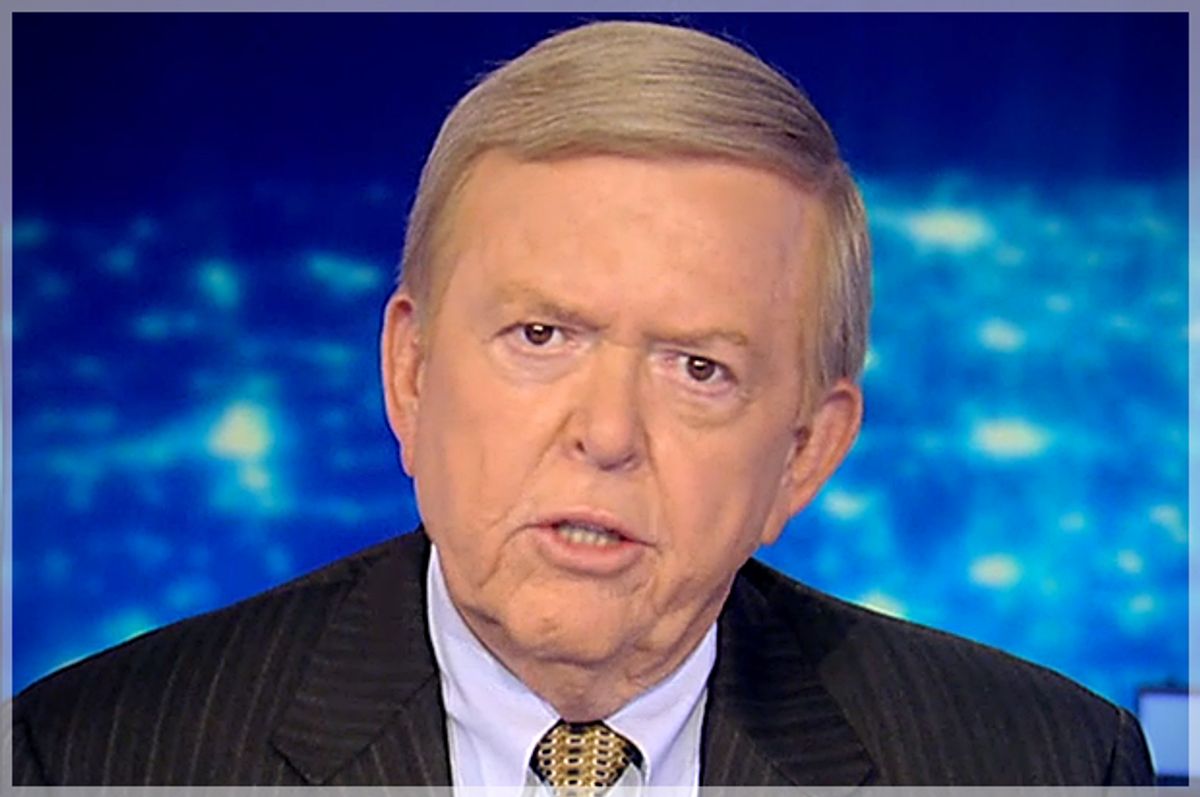 During a Wednesday edition of his little-watched Fox Business show, noted xenophobe Lou Dobbs decided to engage in one of the conservative movement's favorite activities of the Obama era: projecting their own obsession with his race onto the president.

While this is always a bad idea, Dobbs' move was, this time, especially ill-considered, considering it came in the midst of what was supposed to be a discussion of Obama's much-hyped Africa summit.

Noting that Obama was asked about the experimental anti-Ebola drug that was reportedly used to save two American missionaries, Dobbs complained that the question "implicitly" challenged why the drug was used to help two white people instead of the many black Africans stricken with the virus.

Dobbs reminded viewers that the drug in question is of limited supply, but then transitioned into a critique of President Obama's answer.

Dobbs wasn't upset with what Obama said, however. Rather, he was upset with what Obama didn't say. "There was an opportunity for the president to say ... that those two white people were in Africa caring for thousands of black people and they should be saluted and regarded as heroes," Dobbs said.

Instead, Dobbs complained, Obama "chose to take on the tone of a bureaucrat — and a weak and tepid bureaucrat at that."

You can watch Dobbs criticize the president for failing to defend the honor of the white race (which is apparently now part of the job description) below, via Media Matters: