It just makes us love him even more. 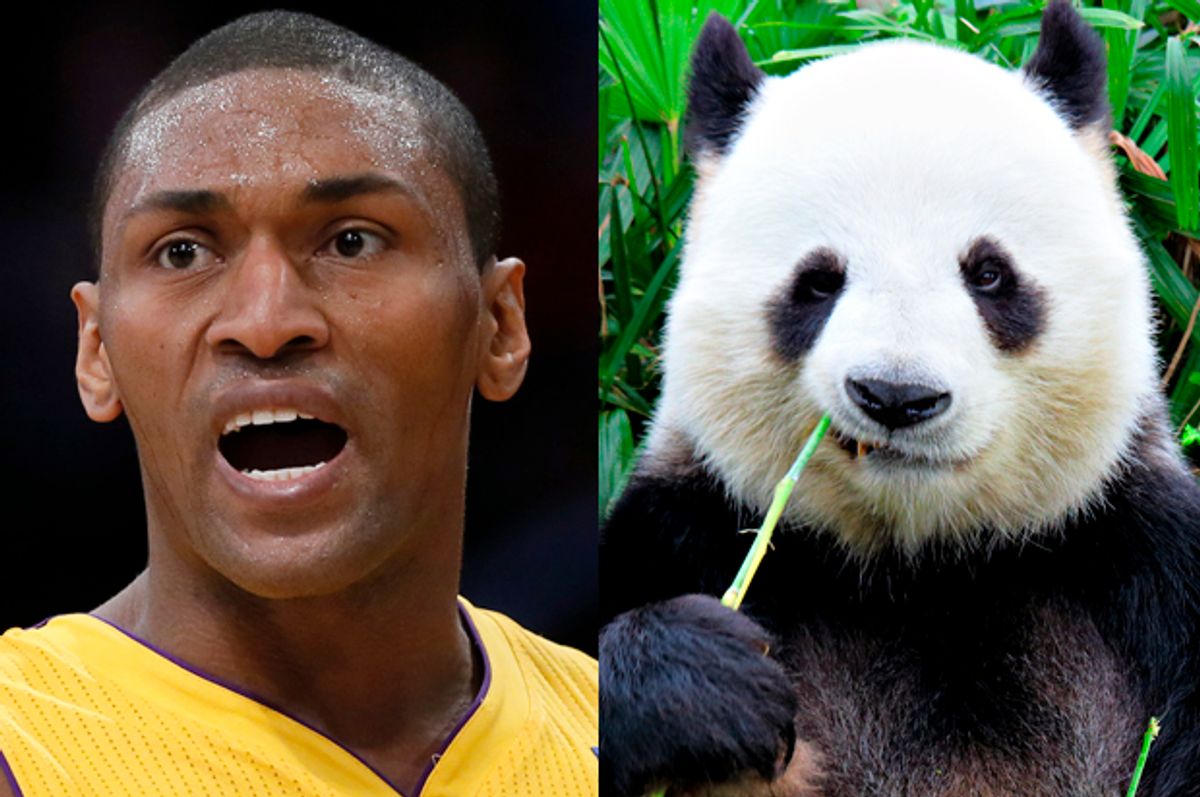 A Pandas Friend, a panda (Reuters/Lucy Nicholson/leungchopan via Shutterstock)
--

Metta World Peace, our favorite Twitter personality, newsman and basketball player, revealed big news today. The player, who is famous for changing his name from Ron Artest, recently announced he would join the Chinese team the Sichuan Blue Whales. And with the decision to move to China comes yet another new name.

The internet was buzzing after the above hint with mostly offensive suggestions for Metta's new Chinese name. It was the newspaper China Daily that finally announced that he had chosen "Panda Friend":

World Peace, who is known in China as "Ci Shiping", a literal translation of "Metta World Peace," now plans to name himself after China's giant panda, a precious animal based in Southwest China's Sichuan province, where his new team is also based.

But they weren't right either. Metta had to correct the confused masses who thought that he was comparing himself to a panda (as in "I am your new panda friend.")

Oh! Metta is an environmentalist, not a man who is very much like a panda.

The giant panda is the rarest kind of bear, known for living primarily in bamboo forests in southern and western China. They eat up to 84 pounds of bamboo everyday and can weigh up to 330 pounds. Hunting and habitat loss threaten their livelihood-- even though China has established over 50 reserves, only about 61 percent of all pandas are protected.