New study reveals the secret to winning over climate deniers 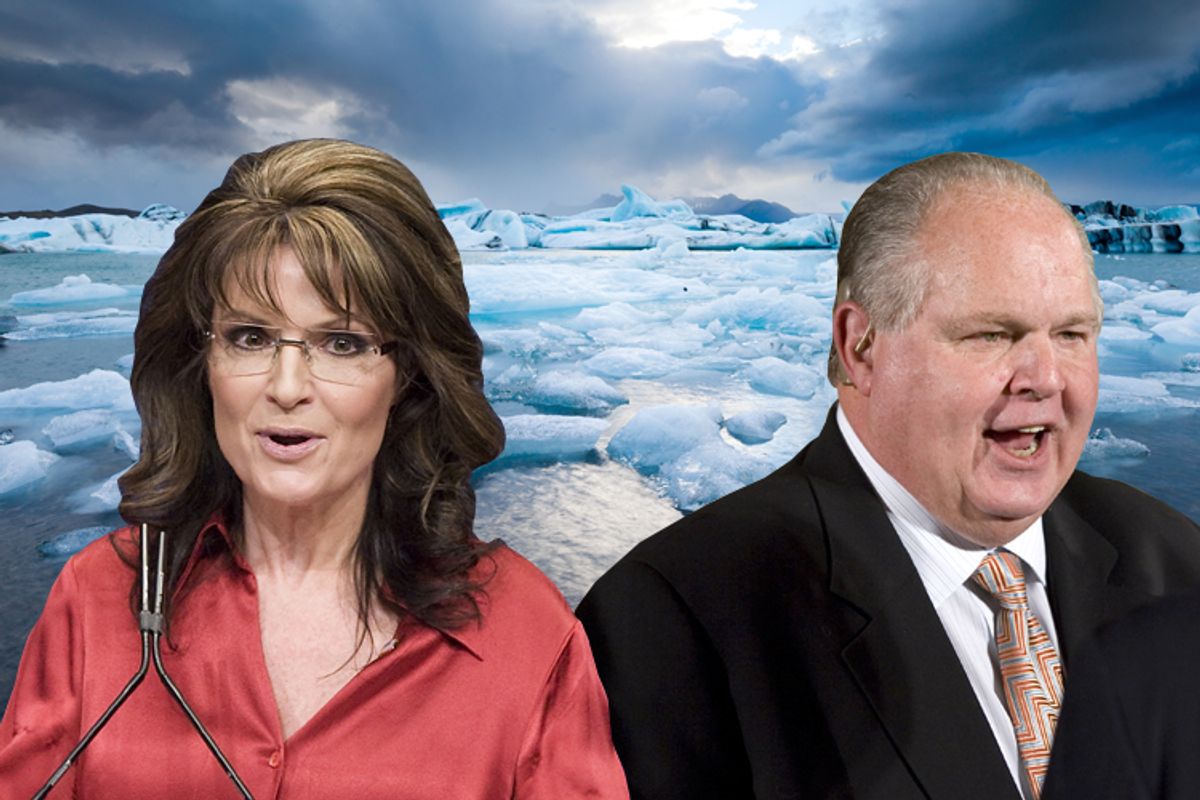 The U.S. is ensnared in two major debates about climate change -- whether it's happening, and what we should do about it. That we're still arguing about the first one is especially frustrating because it's about not personal opinion, but facts: Climate change is happening, and very, very few climate scientists will tell you differently. Many have tried, but few have arrived at a definitive answer for why stalwarts refuse to believe what scientists say is right in front of us.

Dana Nuccitelli at the Guardian highlights a new study that takes a crack at this riddle. Led by Sophie Guy at the University of Melbourne, it examines the relationship between ideology and climate knowledge in Australia, where climate denial, as in the U.S., is endemic (only about 64 percent of the population believes climate change is happening).

There's a lot in there, but the most interesting finding concerns people who identify as "individualists": what we refer to as libertarian-leaning conservatives. Individualists with a lot of climate change-specific knowledge -- they could correctly identify which activities, like deforestation and coal-burning, are contributing to the phenomenon -- were a lot more likely to accept that climate change is happening, as compared to their less-educated peers: (Unfortunately, this effect didn't hold for hierarchists -- people who supported statements like "we have gone too far in pushing equal rights in the country," and who generally support social stratification. When such people thought they knew a lot about climate change, that inflated sense of knowledge only served to reinforce their ideological beliefs. Thus, they were less likely to accept that climate change is happening.)

I couldn't help thinking about Guy et al.'s conclusions in light of the conversation I had yesterday with NASA scientist Norman Loeb, whose attempt to educate people about a tricky aspect of climate change -- the perceived "pause," or slowdown in warming that's occurred over the past 15 years -- was spun into an endorsement of climate denier myths by a writer obviously driven by ideology. Loeb told me that he sees this sort of thing a lot, and that one person came up to him after the lecture in question to express his frustration over the climate debate: Both sides, he said, are saying such compelling things, so how can he know which to believe?

The answer, of course, is to look at the facts. Loeb contends that in order to teach people about climate change, we need to start by showing them what's been observed. He recommends people facing similar frustrations spend some time with the U.N.'s IPCC report, which relies on sets of observations and analyses from different groups around the world to arrive at a consensus of what we're seeing happening -- uncertainty included. And before that? He says a basic textbook, providing an introduction to meteorology and which explains the role of greenhouse gases in causing climate change, could help.

And for some people, this study suggests, that may in fact be the case. A little bit of knowledge may not be enough to push someone to overcome all of the ideological biases making them reject what 97 percent of scientists agree is true, but it's a promising start.