An interactive graph charts sweltering weather for cities across the U.S. 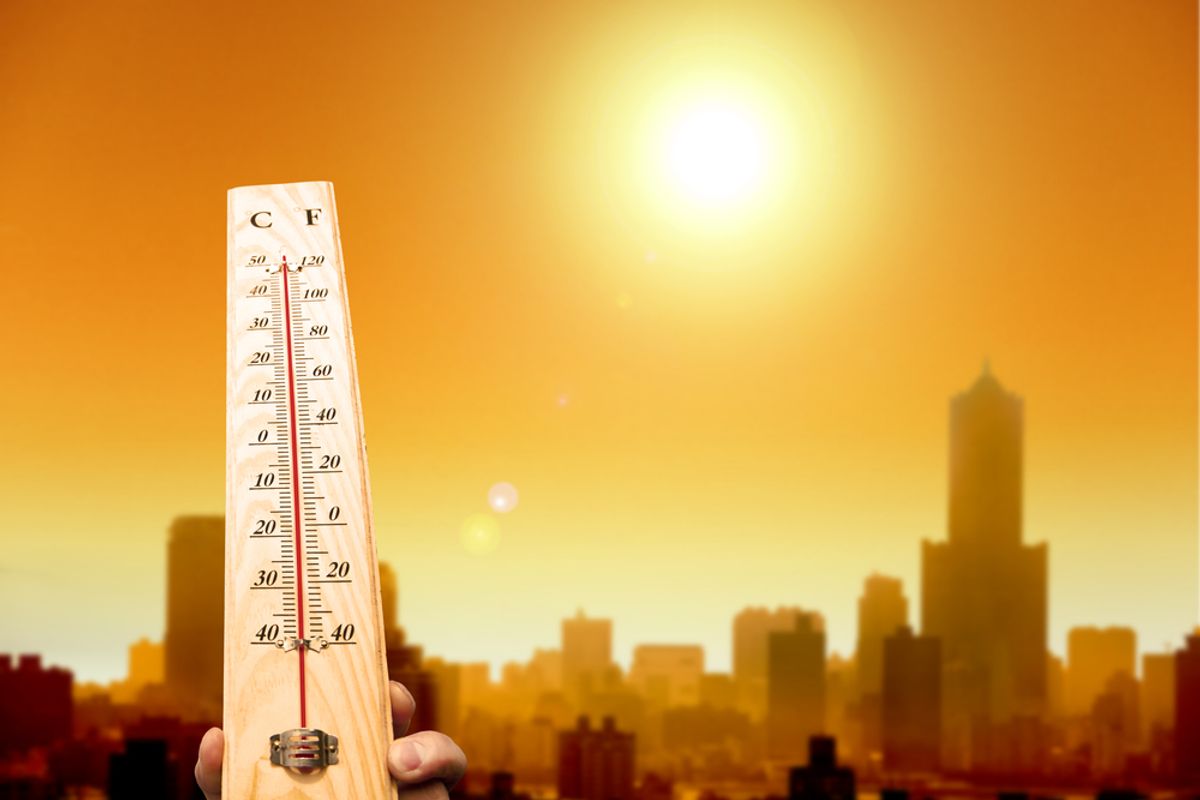 Think of the hottest day you had to suffer through this summer. Now imagine that day happening over, and over, and over. Welcome to climate change!

Climate Central, which has previously highlighted the way that summers, on average, are getting hotter, is now focusing on those special days when the temperature rises way above what we're used to -- a rarity that, they calculate, is going to become less rare in the future if greenhouse gas emissions aren't brought under control.

The term extremely hot means different things in different places. In order to provide a benchmark that translated across cities, the threshold was identified as the temperature exceeded at least one time per year, on average, between 1986 and 2005, using 90°F, 100°F, and 110°F as options. For example, in Phoenix, it was 110°F; in Chicago, it was only 90°F.

...Phoenix currently averages 16 days above 110°F each year. By 2100, that number will be more than 101 days above 110°F. In other words, the mercury could top 110°F nearly every day in June, July and August in an average summer. Even by just mid-century, Phoenix could see 53 days a year above that threshold, if emissions continue to increase rapidly.

In Chicago, the hottest days of the year today are those above 90°F and the city sees about 17 of those days a year, on average. But by the end of the century, the Windy City will see a whopping 75 days above 90°, and in the shorter term, would see 45 such days by mid-century.

And so on, for 87 cities under low and high emissions trends (the latter, by the way, is our current course). You can see how hot your own city is going to get using their interactive graphic:

Unfortunately for those already starting to sweat just at the thought of this, the analysis found that even under the IPCC's most extreme scenario (and, let's face it, least likely) scenario, which involves "drastic emissions reductions coming from global climate policies and widespread adoption of advanced energy technologies," we're probably not going to be able to stop the national average of extremely hot days from rising (though we New Yorkers could keep our average of 18 days, which certainly sounds nicer than the 69 days we're headed toward).

What it comes down to is how many sweaty, stinky, miserable days you and your children want to live through.