"It's just three easy steps to deregulating your waistline!" 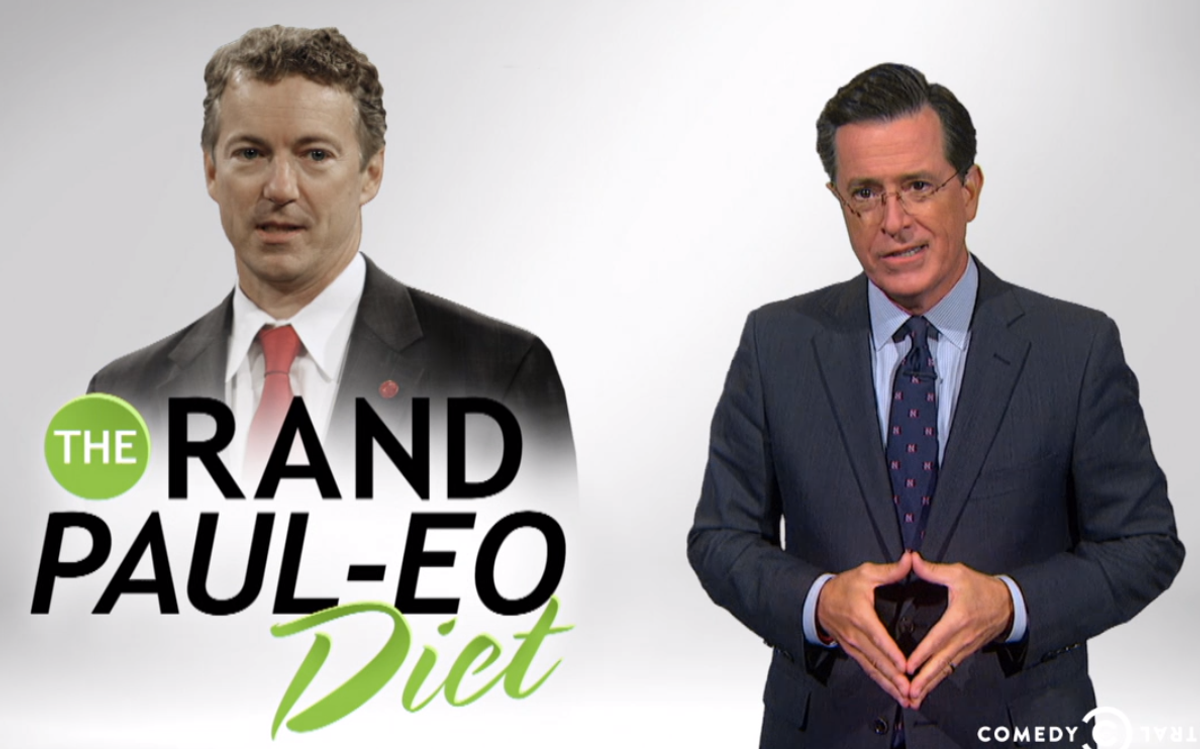 "The only weight loss system scientifically developed by a self-licensed ophthalmologist," Colbert explained. "It's just three easy steps to deregulating your waistline!"

The "diet," per se, took aim at Paul's speedy exit from a debate with a "dreamer," who approached Paul and Rep. Steve King.

Rand Paul, who will presumably be running for president in 2016, has been making an effort to reach out to the Hispanic and black communities. Yet, Colbert explains, he also has to stay within the boundaries of conservative ideals on immigration, which "range from deportation to glue traps." Watch below: