Someone crashed a drone into Yellowstone's largest geothermal hot spring

So dumb. So, so dumb 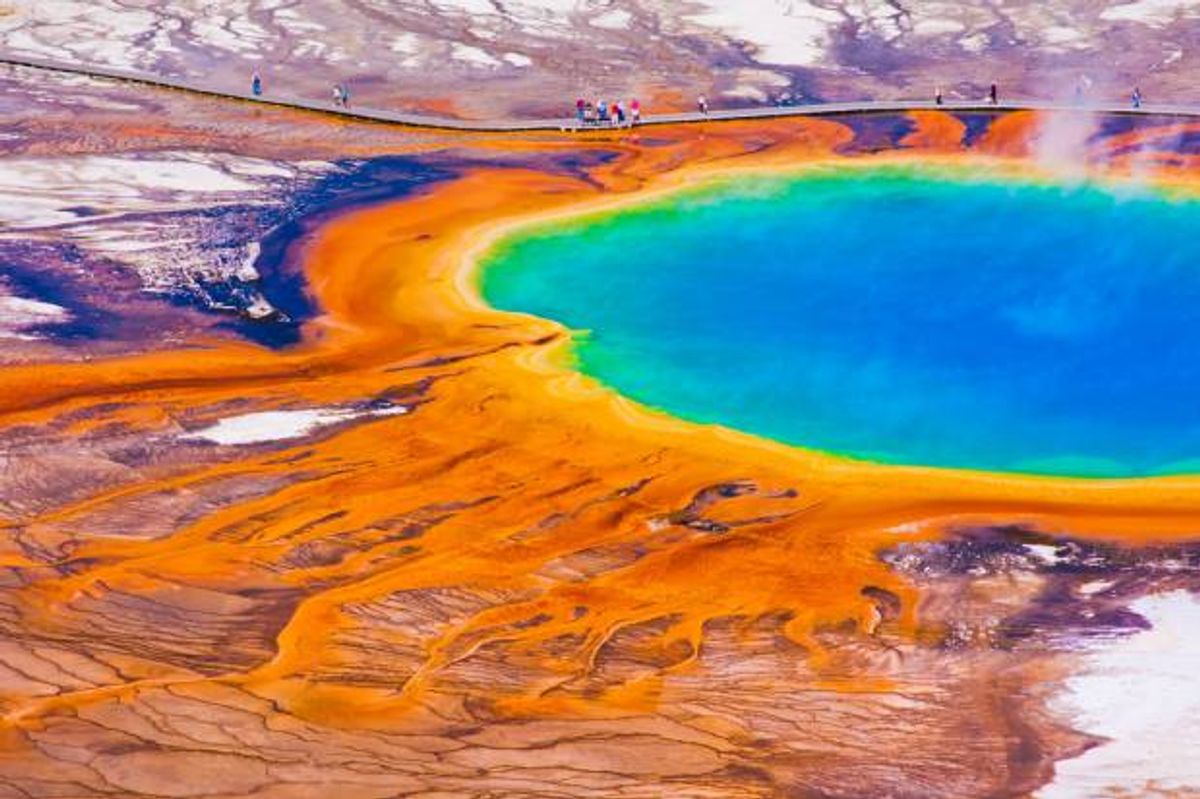 On Wednesday, a tourist in Yellowstone National Park was attempting to take a super-rad photo with his super-rad camera-equipped drone when he lost control of the drone and crashed it into the park's largest geothermal hot spring, possibly damaging the natural wonder.

It was not clear if the drone that crashed Grand Prismatic Spring on Saturday and sank into its depths would damage the geothermal feature, park spokesman Al Nash said, and officials were still trying to decide whether to remove it.

"What we have to determine is whether the presence of this radio-controlled recreational aircraft poses a threat to that unique resource," Nash said of the Grand Prismatic, the third-largest hot spring in the world and a top attraction for the roughly 3 million visitors who flock to Yellowstone each year.

Officials haven't yet figured out how to extract the drone from the hot spring without harming it.

Hot springs are pits of extremely hot water that cools as it rises to the surface, and is replaced by hotter water again. This circulation is called a convection and helps stabilize the spring from erupting. The Grand Prismatic spring is approximately 370 feet in diameter and more than 120 feet deep.

The National Park Service has banned drones (or "unmanned aerial vehicles"), but officials say there has been a rise in the glorified toy planes in the parks.