Warning: reading this article will make you dizzy 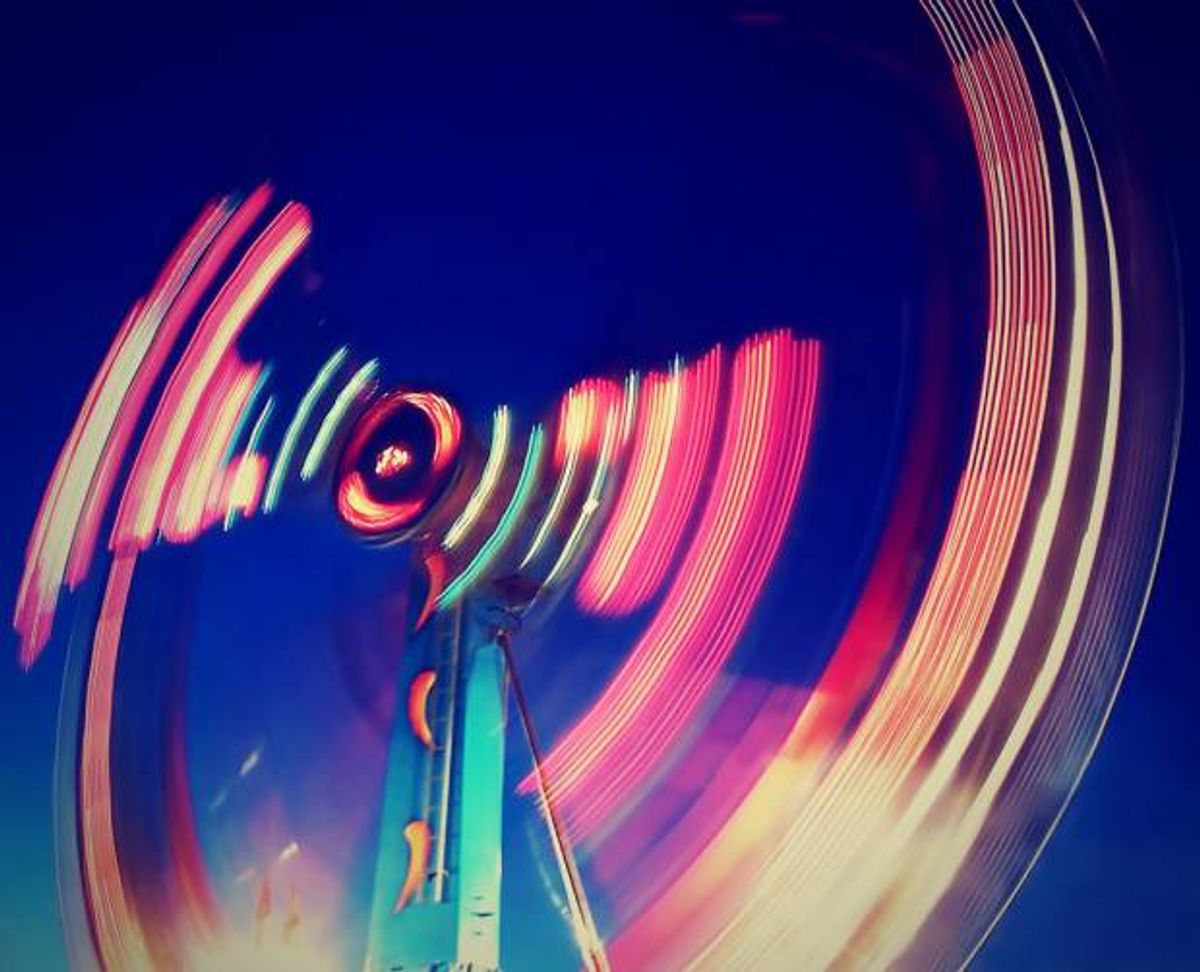 Here is a horrible thing that has really happened: 26-year-old Bobbie Lane rode a spinning ride at a festival in Reading, England called the Superbowl, which rotates while spinning riders in their pods at the same time. Obviously, dizzy-making. But the dizziness didn't stop for Lane, and it hasn't since.

"When I got home, I was still dizzy," Lane said. "It felt like I was permanently at sea."

Since then, she has been diagnosed with a migraine-associated disorder called migraine variant balance disorder, which is a chronic condition that makes the sufferer feel as if they are dizzy or off-balance always.

In people with this condition, vertigo may be the only symptom of the migraine, said Dr. Sujana Chandrasekhar, director of the North Shore-LIJ Health System's Comprehensive Balance Center in New York, who was not involved in the woman's case. But other patients have headaches at the same time as their vertigo, or at unrelated times, Chandrasekhar said...

To maintain balance, the brainstem processes signals it gets from the inner ear, the eye and muscles in the back and feet, Chandrasekhar said. The brain needs to process all this information quickly, Chandrasekhar said, so people know when they are really dizzy (if they are on a spinning ride for example), or if they are not moving... In people with migraine-associated vertigo, the brain is not able to interpret this information quickly enough.

Lane says that her life has been irreparably altered by the experience: "It's changed my entire life. I've had to quit the job I spent four years in and I loved because I have to avoid all stress. And my diet has changed significantly -- there's a list of foods I can't eat any more as long as my arm." These measures are recommended for individuals suffering from extreme migraines, which have been known to be triggered by certain foods.

"My head feels like it is floating a lot," Lane says. "It's a really hard thing to explain; I have never felt anything like it before."