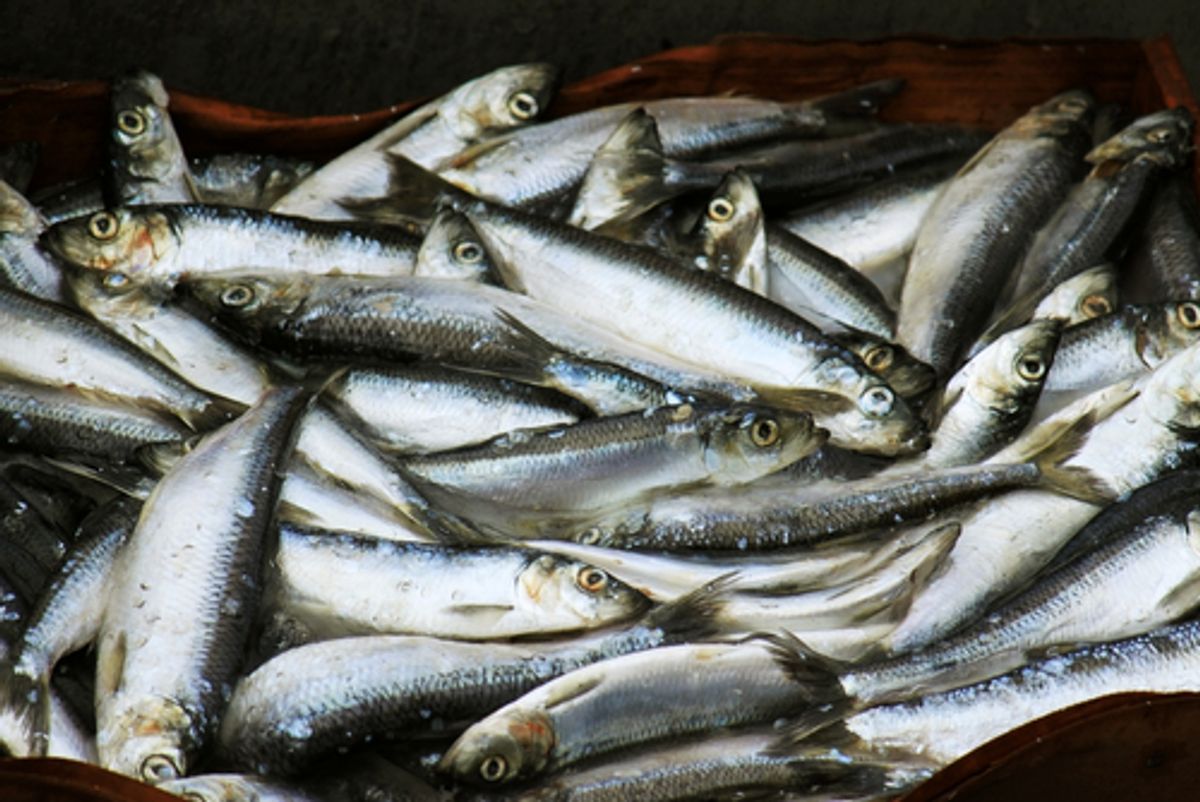 Keeping Alaska’s fisheries wild and sustainable is going to be a serious challenge in the years ahead as our oceans become more acidic, and that in turn, is going put many Alaskans’ subsistence way of life at risk, says a new report.

Many of the nutritionally and economically valuable marine fisheries in the state are located in waters that are already experiencing ocean acidification, says the report, “Ocean Acidification Risk Assessment for Alaska’s Fishery Sector” that was published online today in the journal Progress in Oceanography. 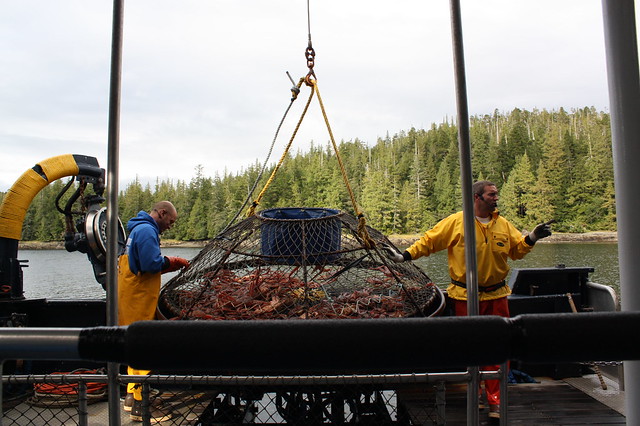 The Bering Sea crab fisheries are among the most at risk from ocean acidification.

“How bad is it? The short answer is, we don’t know,” says National Oceanic and Atmospheric Administration oceanographer Jeremy Mathis, one of the lead writers of the report, which was coauthored by researchers from the University of Alaska and the Woods Hole Oceanographic Institution.

Alaska has one of the most productive commercial fishing economies in the world. The state’s fishing industry supports more than 100,000 jobs and brings in roughly $5 billion a year in revenue. Think: pollock, Bristol Bay’s famous sockeye salmon, and crab from the Bering Sea. Apart from that, about 17 percent of Alaskans (around 120,000 people) rely on subsistence fishing for most, if not all, of their dietary protein. Fishery-related tourism also brings in $300 million annually.

The state’s fisheries management model — with its focus on sustained yields and public participation in the regulatory process — is widely recognized as an example of successful natural resource stewardship. But now climate change is posing new and unknown challenges to this model.

The impact of ocean acidification is far worse in Alaska’s waters because the coastal waters here are cold, and cold water can absorb more carbon dioxide, Mathis told the Earth Island Journal. Also, unique ocean circulation patterns in the region bring naturally acidic deep ocean waters to the surface here. The study focused on assessing the impact on Alaska Native communities because “the fisheries really are the lifelines of these communities,” Mathis says. “We want to start thinking about the implications and help them figure out what they can do to prepare for what’s coming.”

The researchers say that red king crab and tanner crab — two important Alaskan fisheries — grow more slowly and don't survive as well in more acidic waters. Which means that communities in southeast and southwest Alaska, which rely heavily on crab fisheries, and have underlying vulnerabilities — such as lower incomes and fewer employment opportunities — face the highest risk.

“If you look at coastal Alaska, all that the coastal communities have is fishing, and crabs are a big part of it,” says Steve Minor, an Alaska fishing industry veteran who was involved in helping develop the Bering Sea crab program, one of the fisheries that will be impacted. “If you take fishing away, there’s nothing left. You can’t pack up and move to the next town and work at a Wal-Mart, because there’s nothing there either.” The Bering Sea, the report notes, “directly or indirectly provides over 25 million pounds of subsistence food for Alaska residents, primarily Alaska Natives in small coastal communities.” 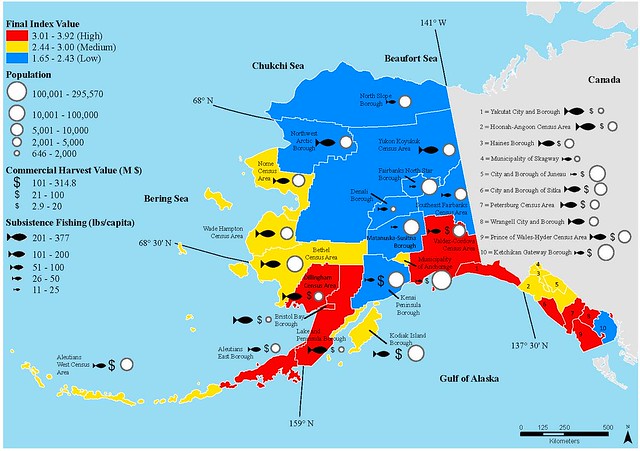 Alaska's fisheries are the most productive in the world.The state’s fishing industry supports over 100,000 jobs and brings in more than $5 billion a year in revenue.

Minor says the problem is “still far enough over the horizon” that local fishermen haven’t seen any impacts on the fishing grounds, but adds, “those of us who are paying attention are worried.”

The impact of acidification on wild crabs is of particular concern because, unlike oysters, they can’t be removed from the ocean and raised in tanks; they are cannibalistic, Minor says. “So the question is, can you breed enough in captivity and then what age and where do you release them? There’s a whole string of issues we need to figure out…. But I’m encouraged by the fact that the feds and researchers are beginning to look at this from the community impact perspective”

The first and most effective way to address ocean acidification is, of course, by reducing global carbon emissions. But given that there’s already so much carbon dioxide in the atmosphere that some degree of ocean change is inevitable, the study recommends that residents and stakeholders in vulnerable regions prepare for this environmental challenge by developing response strategies that incorporate community values and needs.

“The only solution that works for now is if we can grow an animal during its most vulnerable stage [when their shells are still soft] in a hatchery or treat the water with sodium bicarbonate or whatever and control the [water’s] chemistry,” says Brad Warren, who runs a program called Global Ocean Health, which advises Alaska fisheries leaders on managing risks to seafood supplies and helps build research partnerships between scientists and fishermen. Once the creature makes it past the vulnerable stage, it can be released in the wild, he says. “The hope is that bigger and older ones will be tougher and will be able to survive in the ocean.”

Mathis says NOOA scientists are working on building an early warning system involving sensors placed in key spots in the ocean (held in place by buoys), which will tracking, in real time, how ocean acidification is progressing in each of these fisheries areas. They are also running experiments in shellfish hatcheries to assess the levels of acidic water the hard-shelled creatures can tolerate. Such experiments have been of help to oyster fishermen in and around Seattle, he says.

Unfortunately, there’s no way to protect creatures out in the wild ocean from the impact of this inevitable change. “For them, there are only hypothesis … solutions like restoring salt marshes, sea grass as carbon storage spaces,” says Warren. “Restoring and preserving places that do this has some value, but exactly how much is not ascertained.”