How to survive the next plague: Why we're unprepared for the outbreak of a super-virus

Ebola isn't going to become a pandemic, but we still need to be better prepared, argues Dr. Stephen Morse 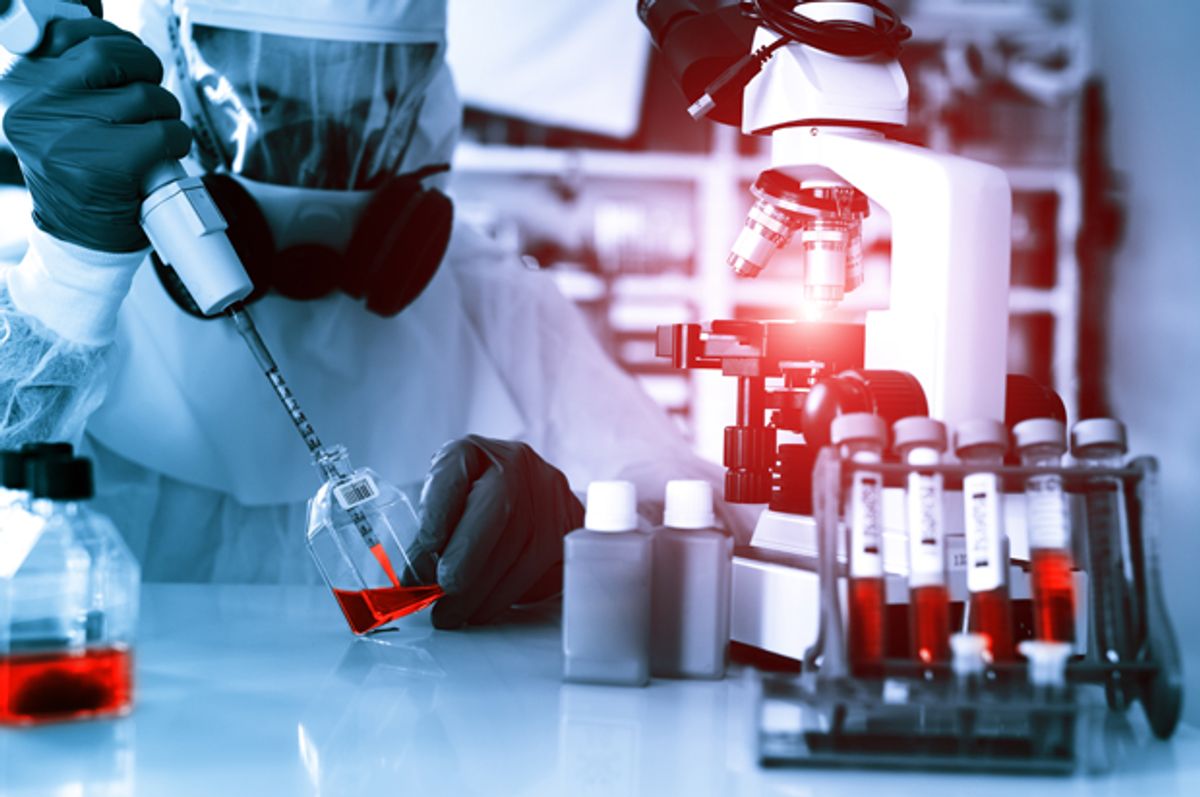 Last week, the World Health Organization declared the West African Ebola epidemic an international health emergency. Since its emergence this spring, the hemorrhagic fever  has killed more than 900 people across three different countries. And since two infected American aid workers returned to Atlanta for treatment, the media has exploded, highlighting any number of horrific (and unlikely) scenarios. But might there be some merit to the fear-mongering? What would happen if a similar disease -- say, MERS, or the avian flu -- found its way, uncontained, to American soil?

Last week, Salon spoke with Dr. Stephen Morse, professor and director of the Infectious Disease Epidemiology Certificate program at Columbia University Medical Center. Morse has served on numerous governmental and civilian committees for public health preparedness, most recently at the Department of Defense where he co-directed the Pathogen Countermeasures program.

What would actually happen if Ebola were to come to the United States?

I think it depends on how infectious it is and how it’s recognized. There has been a lot of attention paid to Ebola and a lot of publicity, so I think the level of awareness among clinicians, at least, and even the general public, is fairly high, which is very important. As you know, we had a couple of people come from that area, it was thought possibly that they could have Ebola. Although it was probably doubtful given their history, but you don't take chances. And they were put into isolation. I think as far as I can tell, generally the right things were done and they tested negative when the test came back. With Ebola, most of the danger is close contact; you've heard this already. Bodily fluids, etc., etc., it doesn't spread by the respiratory route, really. I mean if somebody coughs or something and it gets into your eye or something like that … But that's not very common.

What about a virus other than Ebola?

Something like SARS or influenza will spread more readily — SARS not that readily but by the respiratory route. It was a surprise to see what happened with SARS in Toronto in 2003, because we had seen their infection control standards and practices and they’re pretty similar to ours. I think there’s an object lesson -- I hope in New York especially because of 9/11 and anthrax and so on -- and a lot of attention was paid to hospital preparedness. I think for this kind of thing that it would depend on where the person got sick and who they saw.

One scenario is on the plane. If they get sick on the plane they’re supposed to notify the airport on the ground. There's a quarantine station at JFK -- I know some of the people there --  as there is at every major port. There are people there who could evaluate the sick person and determine whether they could possibly, especially given the travel history from, say, Nigeria, where there are direct flights. The people can determine whether they might have Ebola and arrange for them to be moved and obviously find the right precautions, like an ambulance, and get the patient to a hospital where they would get proper isolation.

So, they would be moved to a hospital. I think any of the larger hospitals here, if they had a suspicion that this could be an infectious disease that required appropriate precaution, I think it would probably happen properly with the appropriate isolation and all the other things you hear about, with equipment and practices for infection control for the staff and anyone who comes in contact with the patient.

Now, if they get sick in the city, after they've come from wherever they were, then that will depend on where they go for treatment – whether they go to the emergency room, whether they see a local physician. Then that is largely dependent on whether they have a high enough awareness, if the doctors know well enough to ask everybody, “Where have you been lately?” “Are you coming from one of these countries in West Africa?” “Have you been in contact with a known Ebola patient or someone who was in contact with an Ebola patient?” Those are the usual screening questions. Then you'd put them into isolation if they looked really sick. So I think it really depends on somebody being knowledgeable enough. In Nigeria, the patient flew from Liberia and was admitted to the hospital. He was already sick but they didn't put him into isolation and take the appropriate precautions to protect the staff and the other patients for 24 hours. That's how I think some of the staff, sadly, got infected.

Moving into the theoretical future, what kinds of emerging viruses could we see? How well are we prepared to handle a virus that comes as a surprise?

It's always easier to prepare for the known, especially when you have warning from somebody else experiencing it and suffering through it. People always ask me which emerging viruses do I worry the most about, and I always say the ones we haven't found yet, because we're least prepared for that. If they show infectious signs, like a seizure or severe flu-like illness — these all start like flu-like illnesses and sort of rapidly get worse — hopefully in North American and Western Europe we would all have the awareness to take the appropriate infection control precautions and, as we do with Ebola, treat the patient symptomatically, give them the best supportive treatment until hopefully they get better or whatever.

Obviously we would be trying to identify the virus in the laboratory. There are some more generic ways to do that now with sequencing, and there are some broad-based techniques that will identify even some viruses of known families but which are themselves unknown. But as for the precautions, I think they would generally be fairly similar. These are fairly generic and that's the good news: that people are careful and take basically similar precautions as they would for SARS or Ebola and try to find out what the patient has.

I have no idea, truthfully. We've never successfully predicted any emerging infection or pandemic before it happens -- that is, before it actually started to appear in humans. And even with influenza, every prediction we've made about the next influenza pandemic has been wrong. So I'm always very cautious about making predictions, but I think many of the generic things you do at the beginning would be useful.

As for the public health systems? I think certainly that's an area that is stretched pretty thin. New York City is excellent and they work very hard. Even they would tell you that they’re understaffed and many other places have even less. One of the issues in Africa, of course, is the lack of real public health infrastructure in many countries. Not much information sharing across those borders, although the people and the microbes cross the borders quite regularly.

If the U.S. were to be hit by something, where do you think our greatest vulnerabilities are?

I think one vulnerability is recognition and reporting, the surveillance. Being able to find this before the virus gets out of control. We don't have enough personnel if we were to have a fairly large event. That's certainly true in Africa where everyone is stretched very, very thin. Those are major vulnerabilities because even putting someone on the respirator requires almost full-time attention from somebody who knows what they're doing. The other thing is that while we do have ways to do good laboratory testing and so on, it’s often time-consuming so it's really hard to get immediate results.

We’ve seen a lot of panic about our ability to produce enough of the experimental Ebola drug ZMapp. Do we have the ability to mass-produce medications? Is that something that we're prepared to do?

I don't know if we're yet prepared to scale up, but I think the technology exists and that's true of making vaccines quickly, making these monoclonal antibodies quickly. The capability exists. We haven't yet really utilized the full benefits of biotechnology for doing this, but I think it would allow rapid scale-up. This is an interesting test case, if you will.

How should the media report on Ebola without provoking mass hysteria?

We all face the problem of communicating this information accurately. People always are much more interested in things that might affect them personally — that’s perfectly understandable. It's very unlikely that anyone in this country, except for a very few people who are directly coming in contact with the patient, will have any personal exposure or personal experience or risk with Ebola. Although, I think in many ways, even if Ebola isn't going to come and be the next disease threat for us, we're all in the same world. We should be ready because the next one could be something much more transmissible.