Some of America's fastest-growing companies are overwhelmingly white and male. It's time to put on the pressure 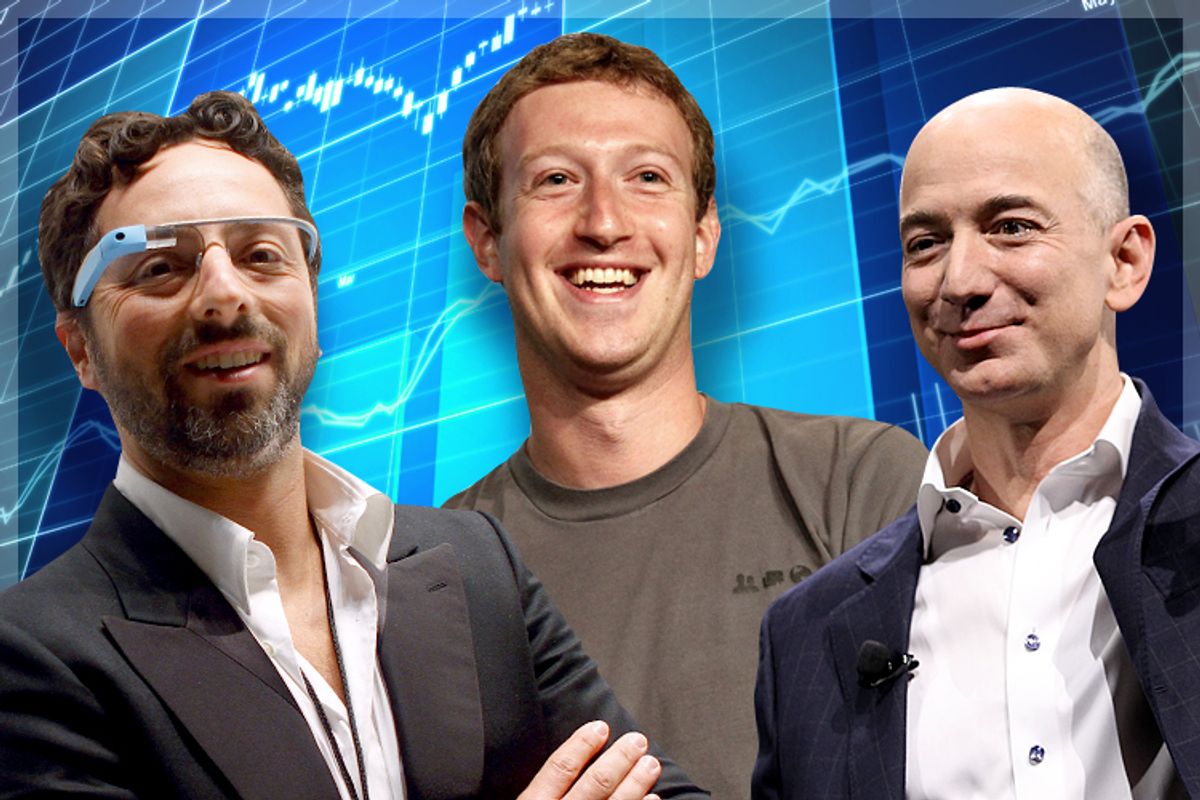 A bizarre bit of news recently came out of California. A billionaire from Silicon Valley, the elite enclave of the nation's tech innovators, is gaining traction in his effort to push a ballot initiative that would turn the region into its own state that stretches from Monterey to San Francisco. Should this initiative succeed -- an unlikely prospect at this point -- the outcome would result in a most un-American tableau: a segregated, heavily white community with perhaps the greatest concentration of wealth in the United States.

Coincidentally or not, the campaign to create a new state of Silicon Valley comes at the very same time that Google, Twitter and other major corporate giants in that exclusive region have come under intense scrutiny amid revelations of troubling hiring patterns that suggest narrow-mindedness – or worse.

News reports in recent weeks have chronicled the dismal record that high-tech companies in Silicon Valley have in employing blacks, Hispanics and women. Take, for example, the hiring practices of Google, a company that is, ironically enough, celebrated around the globe for blazing a path to the future. It employs a staggeringly high rate of Asian and white males, 91 percent combined. Yet at the same time, Google employs only a paltry number of blacks (2 percent), Hispanics (3 percent) and women (30 percent).

Now, there may be some who would be tempted to explain all of this away by arguing that Google's hiring record simply reflects a difficulty in finding minorities who have the education, training and skills to work in the demanding high-tech industry. But that doesn’t fully explain the situation. Consider this troubling fact: The abysmal hiring patterns at Google, measured in terms of ethnicity, are identical for tech jobs and non-tech jobs alike. This underscores a deeper problem within Google that goes beyond the skill and education of the minority applicant pools.

And Google is hardly the only offender. Facebook, Twitter and Yahoo are every bit as socially detached from the rest of America.

These companies say that they are now owning up to their diversity problems and working to find solutions. But given the tech industry’s history on this issue – including stonewalling -- it is hard not to be skeptical about that pledge. More than that, one has to wonder whether Silicon Valley giants like Google would have continued their hiring practices had these companies not been shamed into publicly acknowledging them.

Rather than dwell on this, though, it is more productive — and vitally important – for the civil rights community and its allies in business and politics to step up the pressure on Silicon Valley to diversify its workforce.

The stakes are high, particularly for black and Hispanic workers, who were hardest hit by the recession and slow economic recovery of the past few years. Black unemployment stands at 10.7 percent and Hispanic at 7.8 percent, compared to a white jobless rate of 5.3 percent.

Companies like Google are in a unique position to help alleviate the dire unemployment rate among blacks and Hispanics, given that the U.S. Department of Commerce predicts that the technology sector will grow by 17 percent in the next four years alone.

As Marc Morial, the president and CEO of National Urban League, recently put it: "There is no doubt that opening the doors much wider to technology jobs and technology opportunities is, in fact, a key to dealing with unemployment and the underemployment problem in the community.”

As someone who managed to rise out of an economically disenfranchised community to achieve success on Wall Street, I understand that the open doors of opportunity played as much a role in the trajectory of my life as my hard work, education and training did.

No one is asking for Google or Twitter or the others to award jobs to unqualified candidates. But what we are asking is that they take concrete steps to join the rest of us in helping America make good on its promissory note of opportunity for all, instead of hiding in their elite enclave -- or perhaps even their own elite state.