Thousands of Iraqi Yazidis escape to Syria after Kurdish rescue 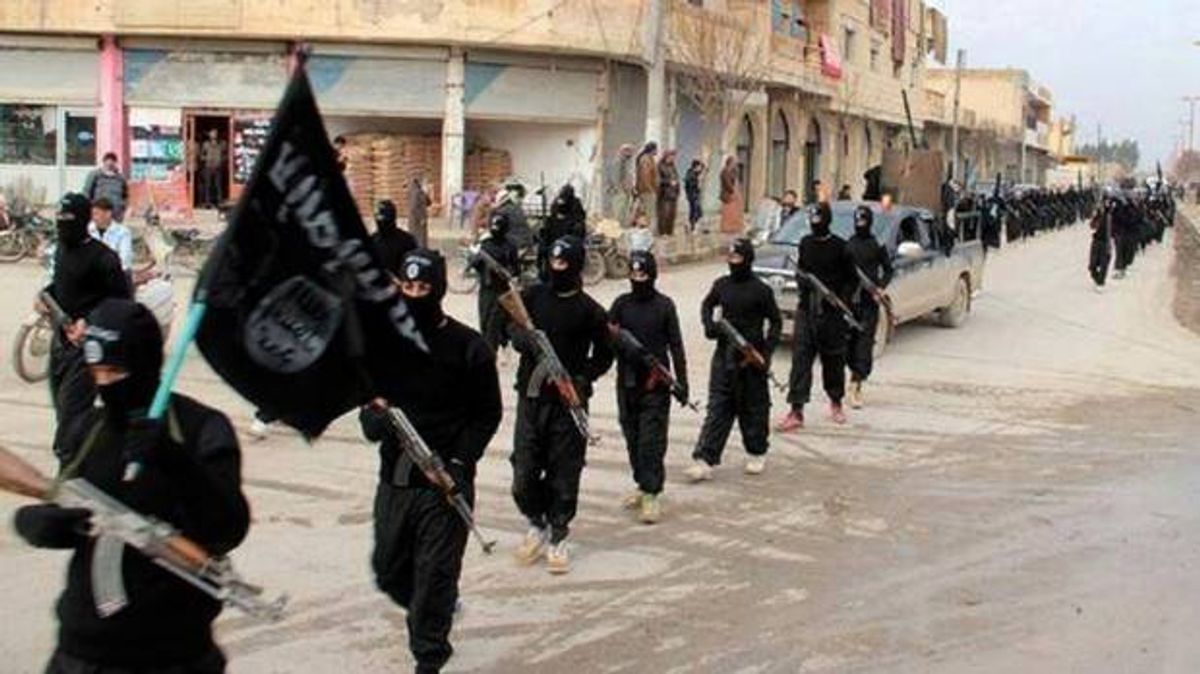 Fighters from the al-Qaida linked Islamic State of Iraq and the Levant (ISIL) marching in Raqqa, Syria (AP Photo/Militant Website)
--

Kurdish forces have rescued around 5,000 Iraqi Yazidis who were trapped by the Islamist extremist group ISIS on Sinjar Mountain by helping them escape to Syria, Al Jazeera and the Associated Press report.

Just recently, the Iraqi government took the unprecedented move of helping to arm Kurdish forces in their struggle against ISIS. Historically, the relationship between the semi-autonomous Kurdish region of Iraq and the country's central government has been uneasy, at best.

According to the American and Qatari news networks, Kurdish security forces spokesman Halgord Hikmet said he could "confirm" that the Kurds "succeeded in reaching the mountains and opening a road for the refugees" to escape to Syria, where they will be greeted and protected by the Kurds in the northeast of the country.

Iraqi officials have told the media that ISIS has kidnapped hundreds of Yazidi women. There have also been reports of ISIS members burying women and children alive. Previous reports of ISIS mandating female genital mutilation among Iraqi civilians have been discredited, however.

This past week, President Obama announced that the U.S. would be engaging in humanitarian airdrops to help the Yazidis, as well as defensive bombing to hold back ISIS and protect Iraqi Kurds from the Islamic extremists' advance. The United States and the UN have both described ISIS' intentions toward the Yazidis as genocidal.