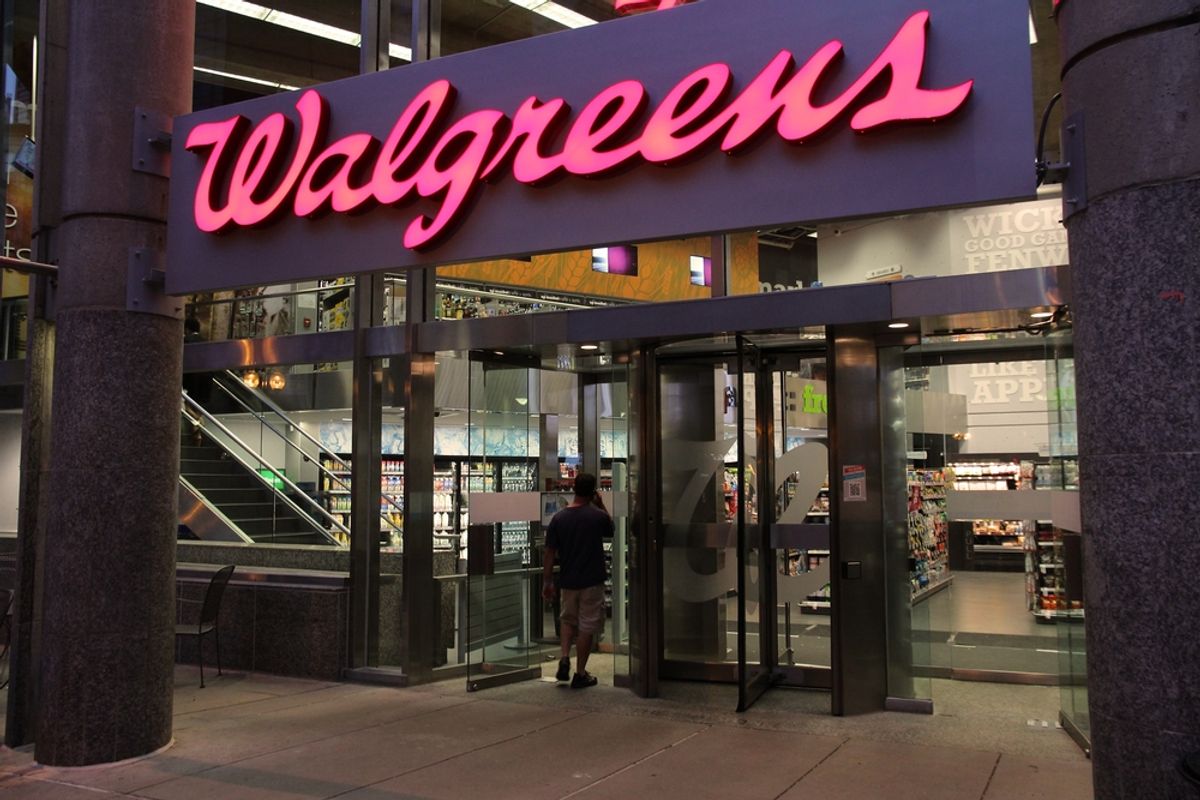 Walgreens has just announced it is abandoning plans to use tax loophole called "corporate inversion" to slither out of paying U.S. taxes. Now that's something to celebrate.

In a burst of greed and a slap in the face to hard-working Americans who pay their taxes, U.S.-domiciled corporations are on a spree, trying to cheat us by re-incorporating themselves overseas. A Bloomberg analysis estimated American companies are parking as much as $2 trillion in cash overseas — money that could be used to pay for vital services for citizens.

That's the thanks these unpatriotic companies give for all the many things we provide them in order to operate, from America's public schools that educate their workers to the infrastructure needed to move their products to the court systems which protect their interests. When they try this relocating maneuver, guess who they want to protect them from foreign governments? You guessed it, the U.S. military.

Walgreens sought to use a takeover of Europe’s biggest pharmacy chain, Alliance Boots (ABN.UL), to execute its outrageous plan. But the Illinois-based company has decided on an about-face. Carla Engle, executive director of American Family Voices, reports that more than 162,000 people signed a petition stating their opposition to the plan with a demand that the company pay its fair share of taxes.

Walgreens CEO Greg Wasson made a characteristically stupid comment on the change of mind, stating that "leaving the U.S. wasn't in the best interest of shareholders" because he was afraid the IRS would come after them. This mentality assumes that shareholders are the only constituency that matters, a trend in corporate thinking that kicked off in the 1980s in American business schools and has been running corporations off the rails ever since. In reality, the American taxpayers are a giant stakeholder in coporations like Walgreens, considering what we invest in them. And we'd like a little something back.

Wasson also ought to be worried about what customers think. The bad PR that may have been generated from the deal could lead to lost sales and reduced company profits.

A day after Walgreens backed down, President Obama vowed to confront the “herd mentality” of companies seeking deals that help them escape U.S. corporate taxes, noting that the practice is unfair to Americans.

You can say that again. The president noted that Congress would have to pass legislation (good luck with that) to stop tax inversions, and promised to look for ways to discourage them in the meantime. “The lost revenue to Treasury means it has got to be made up somewhere, and that typically is going to be a bunch of hardworking Americans who either pay through higher taxes themselves or through reduced services.”

Jack Lew said that the Obama administration is looking "at a very long list of possible ways to address the issue."

Here's something we can all put on our list: Boycott any company that tries to cheat you out of your hard-earned money, and when they get any funny ideas, tell 'em what you think. Maybe, like Walgreens, they will listen.