Shark shield aims to prevent attacks with an electromagnetic field 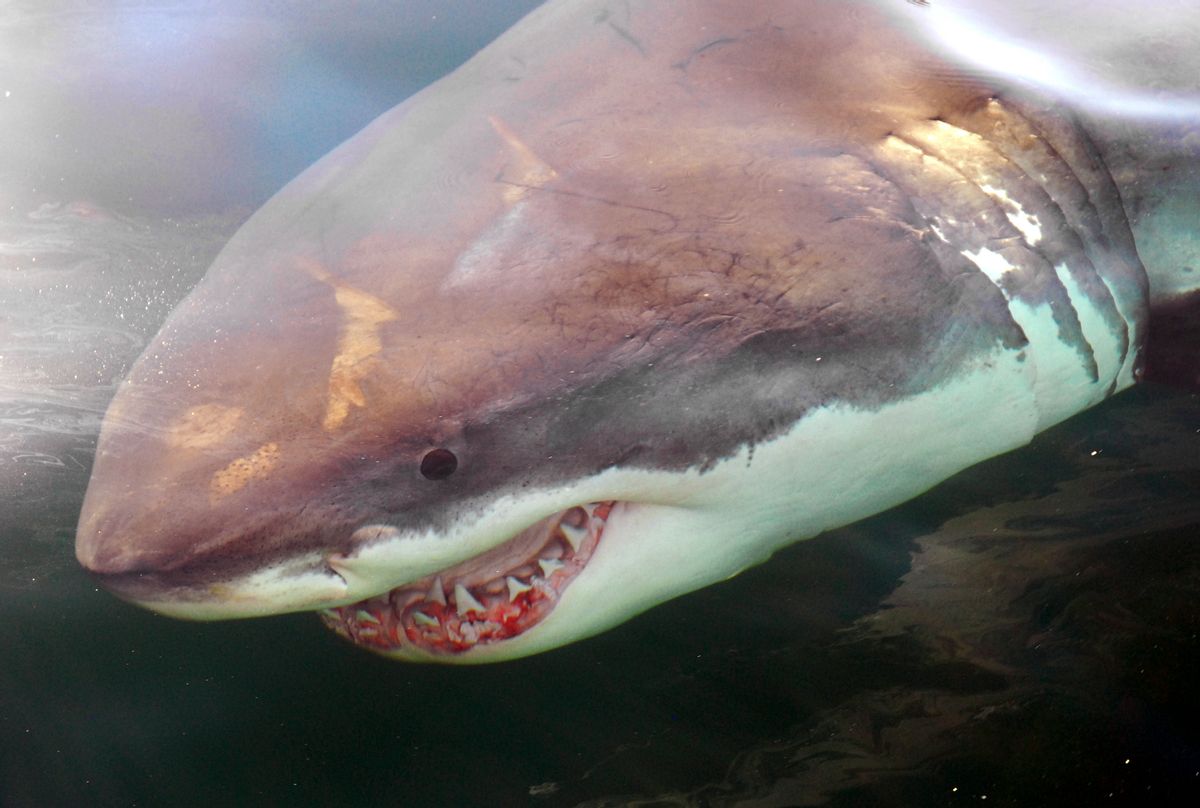 This undated photo provided by the National Oceanic and Atmospheric Administration shows a great white shark encountered off the coast of Massachusetts. A NOAA report released June 11, 2014 says great white abundance in the area has climbed since about 2000. The scientists report the sharks growing numbers are due to conservation efforts and greater availability of prey. (AP Photo/NOAA, Greg Skomal) (AP)
--

Sharks have received a bad rap from popular media portrayals of the fish as out-of-control predators with a taste for human flesh (think Sharknado, Jaws, or Discovery Channel's Shark Week). The reality is that most sharks are just as afraid of humans as we are of them (only about a dozen of almost 500 species of sharks are even potentially dangerous to humans). Still, however rarely, shark attacks do happen, and there is a new fleet of electronic anti-shark gadgets designed to prevent them.

One such device is the Shark Shield. NPR has more:

Amanda Wilson, owner and general manager of Shark Shield, says the technology is effective because of a characteristic peculiar to sharks: They're sensitive to electromagnetic fields.

"Sharks have electrical receptors in their snout called the Ampullae of Lorenzini, and the wave form that our product creates actually induces spasms in the shark's snout," she says. "So they don't want to come within 15 to 20 feet of the person wearing a Shark Shield."

Electronic shark deterrents were first developed more than 20 years ago. In that time, scientists have conducted thousands of hours of tests, using chunks of fish and seal decoys protected by the devices. Wilson says the tests show sharks recoil and avoid the electrical field.

The product has been shown to work in the open waters, too, with customers reporting a shark having "hit a brick wall" when it reached 20 feet away. The question is, however, if the repellant device will work 100 percent of the time. Robert Hueter, director of the Center for Shark Research at the Mote Marine Laboratory in Sarasota, Florida suspects it may not.

"Sharks do habituate to different kinds of noxious stimuli, whether it's a smell, or a sound, or in this case an electrical burst," Hueter said. "Will they be repelled in all cases or will one occasionally get through?"

Ultimately, Shark Shield hopes to reduce the unnecessary slaughter of sharks by using the technology to replace nets and to protect humans engaged in ocean activities.