Fox News has a new Cliven Bundy -- and again, the right's new hero has some explaining to do

Conservative media has a new cause célèbre, a former Marine on trial in Mexico. His story has an awful lot of holes 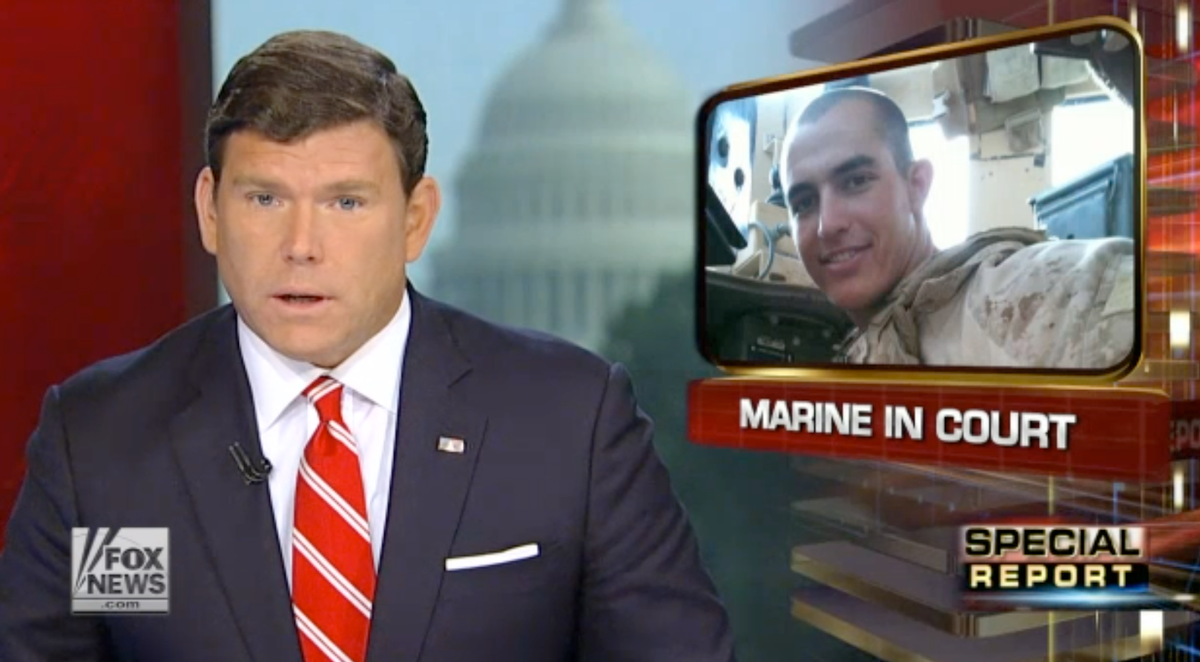 The case of Andrew Tahmooressi, a former Marine who was arrested in Mexico on weapons charges in March, has become a cause célèbre for the Tea Party and the conservative media.

His mother, Jill Tahmooressi, has been a frequent guest on Fox News. Seventy-four Tea Party Congress members have signed on to a letter demanding his release from a Mexican jail and demanding that Barack Obama close the border until Tahmooressi is released. His story has been covered extensively on Fox News and on conservative websites, including Drudge Report, WorldNetDaily and Breitbart.

All of them echo Tahmooressi's claim that it was a simple mistake that he entered Mexico with a a fully loaded AR-15 5.56 caliber assault-style rifle, a chrome-plated 1911 model Colt .45 caliber pistol, a 12-gauge shotgun, extra clips for the rifle and the pistol and 457 rounds of ammunition. It was an accident, the result of a wrong turn. But like Cliven Bundy and other recent conservative heroes, on closer inspection there are serious problems with Tahmooressi's story.

Some facts are not in dispute. Andrew Tahmooressi served two tours in Iraq and Afghanistan and was promoted to sergeant before being honorably discharged from the Marine Corps. A native of Weston, Florida, he had recently moved to the San Diego area to receive treatment for post-traumatic stress disorder at the VA hospital in La Jolla. On March 31, Tahmooressi parked his pickup truck and walked across the border at the El Chaparral crossing from San Ysidro, California, to Tijuana, Mexico. He spent the day in Tijuana and later that night returned to the American side of the border. Then he got into his truck and drove back across the border, where he was arrested at 10:30 p.m. by Mexican authorities.

Tahmooressi and his mother have both consistently claimed that he was driving south on I-5 from La Jolla, on the way to have dinner with friends in San Ysidro, when he missed the last exit before the border and accidentally crossed into Mexico. The first problem with this story is he now admits that he had parked his truck at a lot just north of the border earlier in the day and walked into Tijuana.

That means when he walked back across the border to his truck, he was already as far south as it is possible to be and still be in the U.S. The second problem is the San Ysidro crossing is the busiest land border crossing in the world. It is large, well-marked and brightly lit at night on both sides. Even had he been driving south on I-5, which we now know he wasn't, I-5 is a multilane freeway with numerous signs and ample opportunities to exit and turn around. Even had he somehow missed all of these, there are clearly marked turnaround lines only a few yards from the border.

In the past week new evidence has turned up, including cellphone records and a hotel receipt, that casts even more doubt on Tahmooressi's story. Far from being unfamiliar with the San Ysidro crossing, as he originally claimed, cellphone and ATM records show that he had crossed the border five or six times in recent weeks. He has now admitted as much, saying he went to visit a Tijuana woman who works in the notorious Zona de Tolerancia, Tijuana's red light district, with whom he was developing a relationship.

Thanks to a receipt, a copy of which was published in the Tijuana news weekly Zeta, we now know that Tahmooressi had taken a room at the Hotel Nelson, a $24 a night "hot sheet" hotel on the edge of the Zona de Tolerancia. His mother has confirmed that the receipt is authentic, but claims that Tahmooressi was afraid to spend the night there, which is why he returned to San Ysidro.

In the wake of this new evidence, Tahmooressi has secured new counsel to represent him, his third attorney in four months. Jill Tahmooressi, who had been ever present on Fox News and social media, has gone silent and returned to Florida. A press event scheduled for last week in San Diego to garner support for Tahmooressi was abruptly canceled without explanation. In the meantime, larger signs have been installed at approaches to the border warning that guns are illegal in Mexico and highlighting turnaround areas.

I have a personal interest in this story because I know this border crossing well. The first time I crossed the border at San Ysidro was 37 years ago. I've crossed the border in both directions dozens of times since, by day and by night. I find it hard to believe, impossible to believe, that one could cross the border accidentally in either direction. This isn't some dusty one-lane crossing between Presidio, Texas, and Ojinaga, where I've also crossed in both directions and where in days past there might be nobody on duty on either side at night.

If Tahmooressi did not make a wrong turn and cross the border accidentally, as the preponderance of evidence suggests, why would he try to enter Mexico with a small arsenal and hundreds of rounds of ammunition?

Whatever his reasons, one thing seems sure. Barring a decision by the Mexican government to pardon him, which seems unlikely at this point, it looks like Andrew Tahmooressi could spend a long time in a Mexican prison. It also seems certain that once again the conservative media machine has backed the wrong pony and sold its consumers a story that, to put it mildly, is simply not true. Whatever his intentions were, it's highly unlikely that this troubled young man suffering PTSD will find the help he needs in a Mexican prison.

Update: At an evidentiary hearing last week, presided over by Judge Victor Octavio Luna Escobedo, Tahmooressi's attorney, Fernando Benitez, began to lay out his defense. In Benitez's questioning of the border guards it became clear that he believes the best hope for acquittal is to claim that proper procedures were not followed. Mexican authorities strenuously denied this claim, testifying that standard protocol was strictly followed and that Tahmooressi's rights under Mexican law were protected at all times.

Both sides said the trial is likely to last at least until November. Tahmooressi's attorney has asked that a videotape be entered into evidence, hoping the tape, which the defense has not seen, will show the search of Tahmooressi's truck was somehow illegal. Experts on Mexican law say this is a long shot, but as Tahmooressi is facing a mandatory seven to 14 years in prison, his attorney told reporters his only hope was to secure an outright acquittal.

It is also expected that cellphone and ATM records, as well as additional evidence, including the hotel receipt, will be presented by prosecutors at the next hearing. After all of the evidence has been presented it will be up to the judge to find Tahmooressi guilty or not guilty.