After yet another slain black teenager is depicted as a gangster, Twitter users of color have had enough 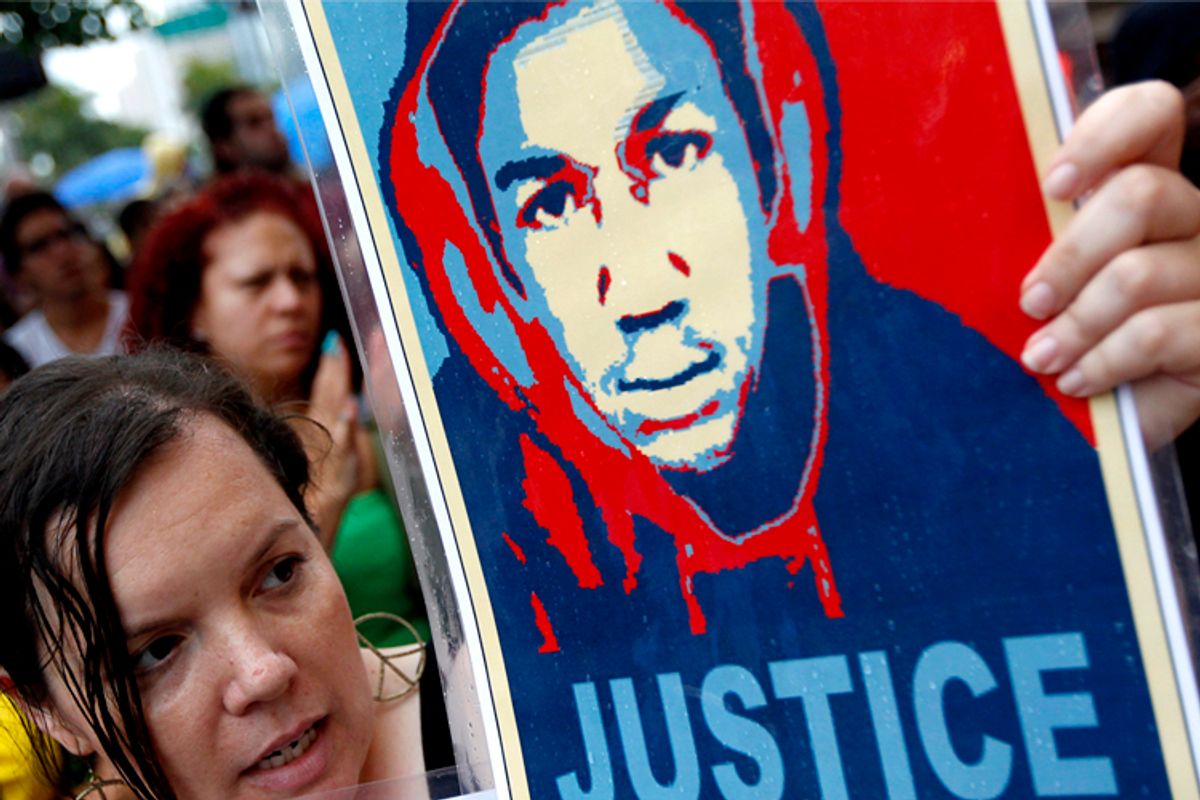 Protester holds an image of Trayvon Martin at a rally in Miami, Florida (Reuters/Andrew Innerarity)
--

Following the killing on Saturday of Mike Brown, an African-American 18-year-old who was shot by police while unarmed, many observers noted with rising frustration that the media was once again falling into an ugly habit: Portraying African-American men in a needlessly menacing and stereotypical manner.

Early photos of Brown showed the deceased young man in a high school cap and gown, but despite the fact that many other images of him with family and friends were available through his Facebook, many media organizations — especially those with a avowed conservative bent — began using instead a picture of Brown flashing a peace sign, which some baselessly claimed was gang-related.

Reminiscent as it was of the way the media began promoting pictures of Trayvon Martin in a hoodie, wearing a gold grill and using marijuana, the shift among some media members toward depicting Brown in a manner more in keeping with stereotypes of young African-American men was too much for many people of color on Twitter.

A hashtag, #IfTheyGunnedMeDown, soon went viral, accompanying tweets that featured two pictures of a person of color — one that could be perceived as playing to stereotype, the other not — and posing the rhetorical question of which one, if they were in the news for being shot, the media would likely choose.

Here are some of the most affecting examples: