The sad club of dupes known as the Tea Party is not the real problem. This scary ideological undercurrent might be 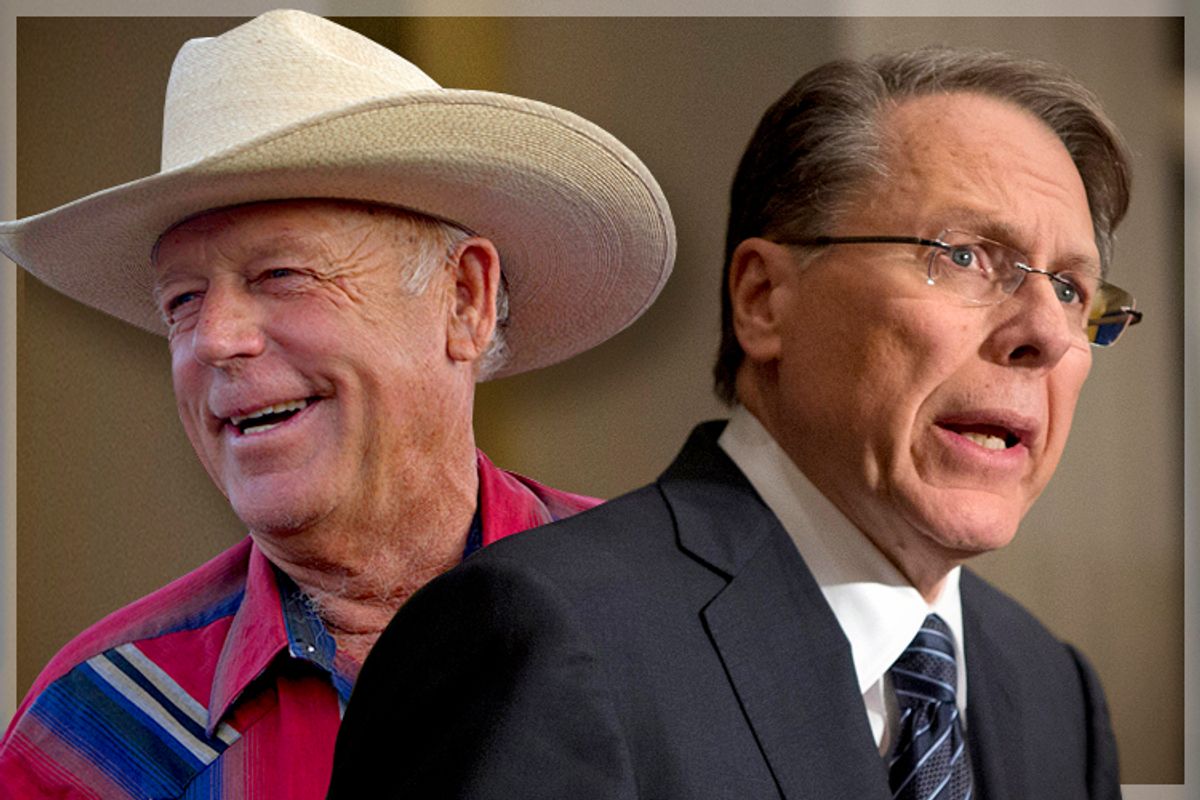 The emerging conventional wisdom that the Tea Party is being vanquished by the GOP establishment, based solely on the fact they are beating primary challengers, is exceedingly myopic. If you believe that, you have a very superficial view of what constitutes "winning."  These primaries are forcing the allegedly mainstream candidates to move far to the right and the performance of the past few years proves that when this happens the Party stays far right as a result of this threat. Primaries can be very effective tools if used properly --- and if they are backed up by money and influence, which the far right certainly is, they are formidable instruments of discipline.

Ed Kilgore did an excellent survey of these so-called victories for the voices of reason at Talking Points Memo earlier this week:

Yesterday’s winner Pat Roberts, who already sported lifetime ratings of 86 percent from both the American Conservative Union and Americans for Prosperity, went far out of his way to propitiate the ideological gods of movement conservatism as he fought for reelection. He voted against an appropriations measure that included a project he had long sought for his alma mater, Kansas State University, and opposed a UN Treaty banning discrimination against people with disabilities over the objections of his revered Kansas Senate predecessors Bob Dole and Nancy Kassebaum.

We’ve seen the same dynamic with “establishment” winners Thom Tillis of North Carolina, Joni Ernst of Iowa, and “moderate outsider” David Perdue of Georgia — and above all Minority Leader Mitch McConnell of Kentucky, whose voting record tilted hard right in anticipation of his primary fight with Matt Bevin. There’s been a virtual cavalcade in the primaries of entire fields tilting against debt limit increases, comprehensive immigration reform (or even limited legalization of undocumented workers), any positive government role in economic policy, and of course, any accommodations for legalized abortion or same-sex marriage.

Moreover, as Kilgore has pointed out endlessly on his blog at Washington Monthly, there really is very little daylight between them in the first place. As he archly observed back in November of 2012, as the entire political establishment was once again declaring that the battle for the soul of the Republican Party was raging out of control in the wake of Mitt Romney's embarrassing loss:

Yes, years from now conservatives will sit around campfires and sing songs about the legendary internecine battles of late 2012, when father fought son and brother fought brother across a chasm of controversy as to whether 98% or 99% of abortions should be banned; whether undocumented workers should be branded and utilized as “guest workers,” loaded onto cattle cars and shipped home, or simply immiserated; whether the New Deal/Great Society programs should be abolished in order to cut upper-income taxes or abolished in order to boost Pentagon spending. There’s also a vicious, take-no-prisons fight over how quickly to return the role of the federal government in the economy to its pre-1930s role as handmaiden to industry. Blood will flow in the streets as Republicans battle over how to deal with health care after Obamacare is repealed and 50 million or people lose health insurance. Tax credits and risk pools or just “personal responsibility?”

The fight within the GOP, to the extent there really is one, is over strategy and tactics not goals. As much as it pleases some Village wags to think there still exists a moderate GOP that wants nothing more than to knock back scotch and sodas at the end of a long day of bipartisan horse trading just like Tip and Ronnie supposedly used to do, it doesn't. And while it also pleases some liberals to think that there exists a genuine populist impulse on the right wing that can make common cause with Democrats, I'm afraid they too are whistling past the graveyard.

The right is organized, both philosophically and institutionally as an enemy of New Deal liberalism. There may very well be discrete issues in which a few of the libertarian types can make common cause with Democrats on civil liberties, and it's always possible that the party may find it's useful from time to time to pretend to care about Big Banks as much as Big Government. But history suggests that conservatives' righteous opposition to anything lies more in who they are opposing than in what. (And yes, liberals fall prey to this too --- all you have to do is look at the support for surveillance programs under Bush and Obama. Still, there remains a far larger consistent civil liberties faction within the Democratic Party than the GOP.)

Right now there is little reason for the Republicans to stop doing what they're doing. They are getting much of their agenda enacted simply by doing nothing. (In fact doing nothing is their agenda.) But that doesn't mean there aren't some new twists to their old story.

Kilgore points out that there might actually be a new factor that could change the equation if the rest of the GOP wakes up to what it is:

I do worry that the still-emerging ideology of “constitutional conservatism” is something new and dangerous, at least in its growing respectability. It’s always been there in the background, among the Birchers and in the Christian Right, and as as emotional and intellectual force within Movement Conservatism. It basically holds that a governing model of strictly limited (domestic) government that is at the same time devoted to the preservation of “traditional culture” is the only legitimate governing model for this country, now and forever, via the divinely inspired agency of the Founders. That means democratic elections, the will of the majority, the need to take collective action to meet big national challenges, the rights of women and minorities, the empirical data on what works and what doesn’t—all of those considerations and more are so much satanic or “foreign” delusions that can and must be swept aside in the pursuit of a Righteous and Exceptional America. I don’t think at this point “constitutional conservatism” has taken over the GOP, but its rhetoric and the confrontational—even chiliastic—strategy and tactics it suggests are becoming more common every day, even among hackish pols who probably don’t think deeply about anything and would sell out the “base” in a heartbeat if they could get away with it.

This is the ideological undercurrent that feeds the Glenn Beck cult and the gun proliferation zealots. It's what makes Cliven Bundy a hero, however briefly. It too has been around for a long time, but until recently it was confined to the fever swamps around fringy characters like the Christian Reconstructionist Howard Philips and the Constitution Party. Any guess whose famous daddy has been consorting with those fine fellows going way back? That's right, the great transpartisan hope, Rand Paul. Kilgore is right to be concerned about this strain. As he says, the sad little club of dupes known as the Tea Party isn't really the problem. But this might be.