You have to watch Arcade Fire's amazing tribute to Nirvana 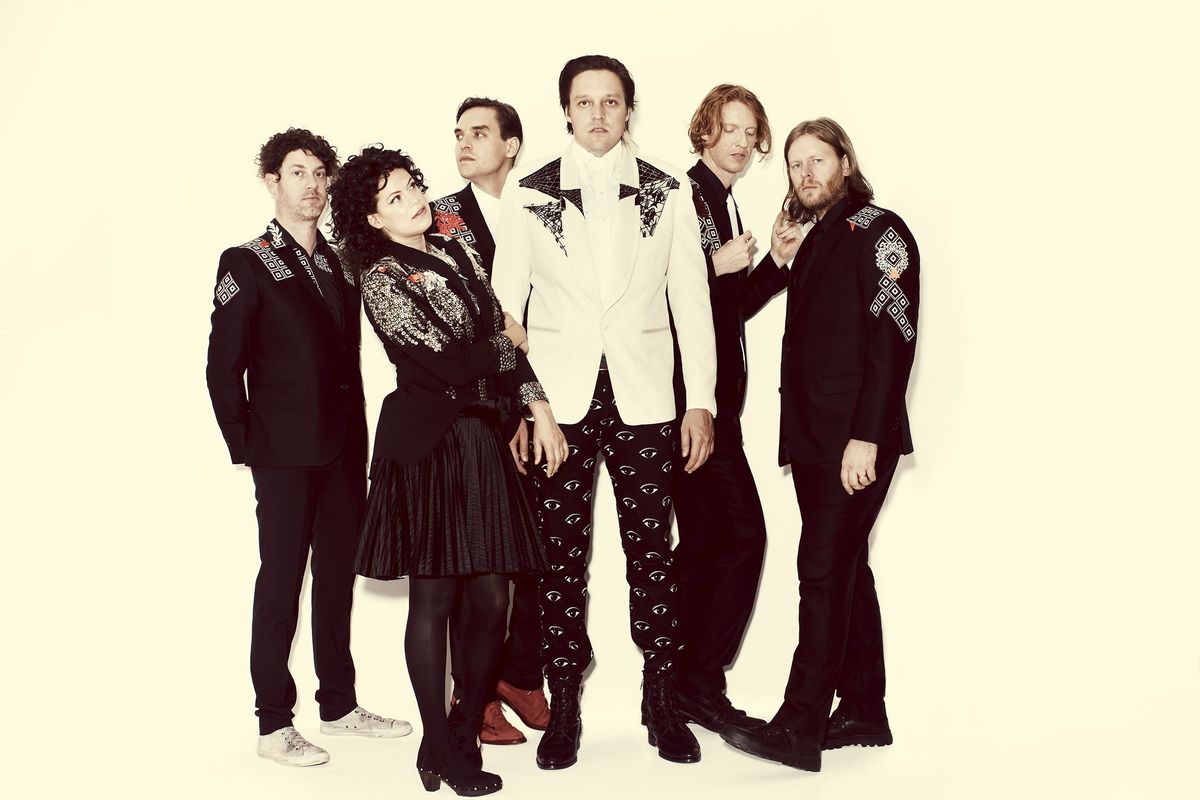 Arcade Fire melded the iconic Nirvana song "Smells Like Teen Spirit" into their song "Rococo," during a show this weekend in George, Washington. An attendee captured the moment on video, amid shouts of "I knew it! I knew it!"

This recent tribute continues Arcade Fire's "Reflektor" tour trend of performing location-based covers. In St. Louis they covered Chuck Berry, in Los Angeles they played a rendition of the "Beverly Hills Cop" theme, and Boyz II Men was played in Philadelphia, among others.

It was only natural that Arcade Fire would perform Nirvana in Washington state -- also given Nirvana's influence on Arcade Fire frontman Win Butler. Rolling Stone reports that on the 20th anniversary of Kurt Cobain's death Butler told the Associated Press:

"All of a sudden, the whole kind of social dynamic at my junior high changed where these kind of misfit kids who maybe come from a broken home and they're smoking cigarettes in the back and they didn't have money for nice clothes were in a weird way on the same level as everyone else socially," he said. "I was sort of like a weird kid who didn't know where I fit in or whatever and just to have that kind of voice be that big in culture, I feel like that was a magical period of alternative music where we had Jane's Addiction and R.E.M. and Nirvana. It was like seeing these kind of freaks from all the different cities of North America and you're like, 'Oh, wow.'"

Watch the video of "Smells Like Teen Spirit" melded with "Rococo" below: