The outlook for the Great Barrier Reef is "poor and getting worse," a government report found 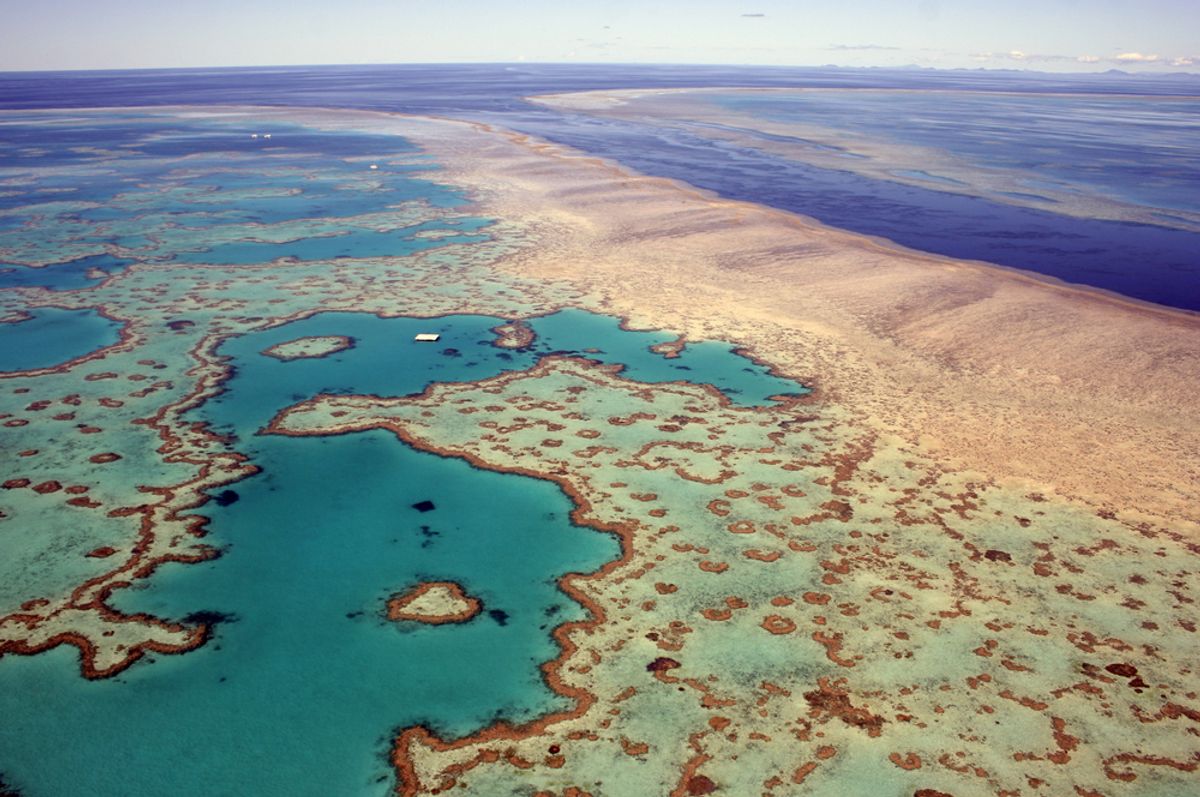 Man, it must be tough to be at the helm of the Australian government these days. Here you are, doing your best to actively roll back any initiatives that could conceivably help tackle climate change, and yet you're stuck with a national treasure that's increasingly threatened by -- wait for it -- climate change.

The Great Barrier Reef continues to be in grave peril, a new, 300-paged report, released by Australia's government, asserts. And the situation is only expected to get worse. The main culprit? "Climate change remains the most serious threat to the Great Barrier Reef," it concludes. "It is already affecting the Reef and is likely to have far-reaching consequences in the decades to come."

The report, compiled every five years as a requirement of the 1975 Great Barrier Reef Marine Park Act, has extra importance this year, as the United Nations' World Heritage Committee is set to decide in 2015 whether or not to classify the Reef as being "in danger."  There was some good news buried in there: Some species, such as humpback whales and loggerhead turtles, are increasing in number, and there have been some government and landowner-led efforts to improve water quality. Still, the situation is bleak. "Even with the recent management initiatives to reduce threats and improve resilience, the overall outlook for the Great Barrier Reef is poor and getting worse," wrote Russell Reichel, chairman of Great Barrier Reef Marine Park Authority, which authored the report.

Climate change certainly isn't the only danger facing the Reef: Deteriorating water quality from farm run-off, the impact of coastal development and fishing are all continuing to exact a toll. A few years of bad storms and floods have further weakened the fragile ecosystem, the report added, in a way that is "likely to affect its ability to recover from serious disturbances" that are predicted to become more frequent with climate change.

Indeed, watch how climate change works to exacerbate nearly all of those other pressures: "Sea temperatures are on the rise and this trend is expected to continue," the report warns, "leading to an increased risk of mass coral bleaching; gradual ocean acidification will increasingly restrict coral growth and survival; and there are likely to be more intense weather events ...The impacts of increasing ocean temperatures and ocean acidification will be amplified by the accumulation of other impacts such as those caused by excess nutrient run-off."

"The extent and persistence of these impacts depends to a large degree on how effectively the issue of rising levels of greenhouse gases is addressed worldwide," the report warns. A great place to start, of course, would be Australia, which is one of the world's largest polluters on a per-capita basis, and yet last year abandoned its pledge to reduce emissions by up to 25 percent below 2000 levels by the year 2025. Instead, Prime Minister Tony Abbott emphasized the country's commitment to achieving the bare minimum: a 5 percent reduction that the Climate Change Authority, the independent advisory group set up by the former government, says is "not a credible option” for achieving climate goals. The government's efforts to dismantle emissions-reducing programs, moreover, are being seen as an extremely discouraging sign for the global climate negotiations coming up this fall.

Call the Great Barrier Reef's ongoing demise an iconic, 1,430-mile reminder of why Abbott's actions are such a disgrace. And keep this point in mind, as well: While the Reef benefits Australia directly (it's a "significant economic resource" for the country, per the report), and is integral to the health of the entire Southern Ocean, its destruction at the hands of climate change affects us all. The fragile ecosystem serves as a canary in the coal mine of environmental health, and it's telling us that all is certainly not well in the oceans -- a warning that the world would be remiss to ignore.