Colorado Republican: Fracking is fine because water is supposed to burn

Republican state Sen. Randy Baumgardner knows because he has been to "a lot of the fracking seminars" 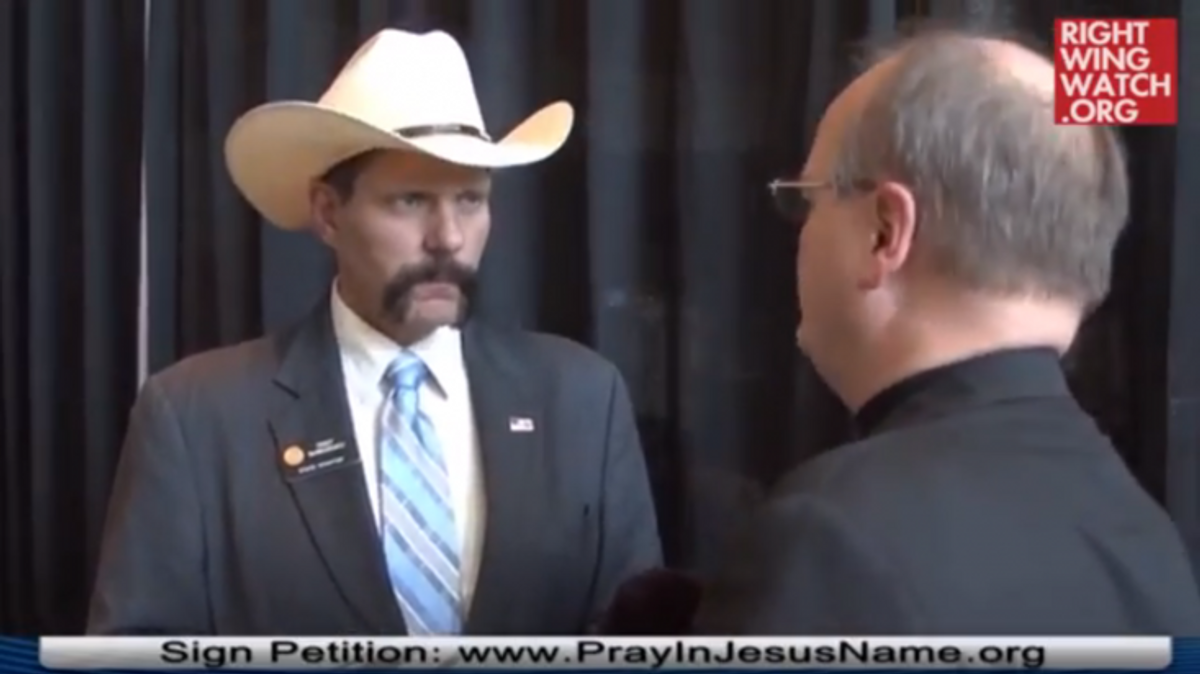 In an effort to prove his expertise, Republican Colorado state Sen. Randy Baumgardner has demonstrated how little he really knows. He appeared on conservative activist Gordon "Dr. Chaps" Klingenschmitt's daily show, "Pray in Jesus' Name," to discuss why the government seemed to prioritize some forms of energy (clean) over others (dirty).

"They talk about methane in the water and this, that, and the other," Baumgardner continued, "but if you go back in history and look at how the Indians traveled, they traveled to the burning waters. And that was methane in the waters and that was for warmth in the wintertime. So a lot of people, if they just trace back the history, they'll know how a lot of this is propaganda"

It seems like Baumgardner is referring to the history of Native Americans' relationship with hot springs -- they considered the natural wonders to be sacred places as well as neutral areas where warriors could rest without worrying about enemy attack. Hot springs are not the same as fracking-related water pollution. Obviously.