Milbank complains that the president is golfing too much, and offers a master class on lazy August punditry 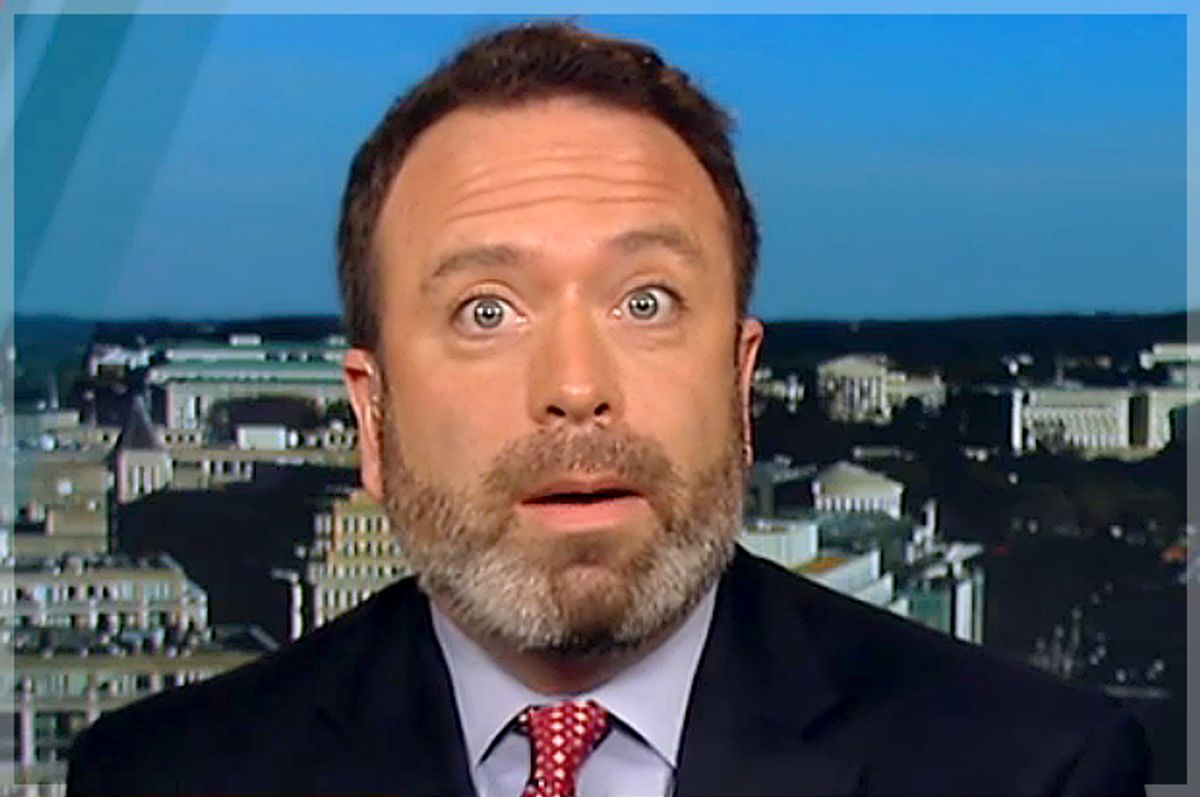 For your typical D.C. pundit, the month of August poses both a challenge and an opportunity. With no congressmen around to say stupid things and legislate poorly, it can sometimes be difficult to come up with the smart, fresh takes that your editors and legions of devoted fans require. One way to overcome this dearth of material is to move outside your comfort zone, find issues you don’t normally cover and expand the breadth of your commentary. The other option is to just phone it in until September rolls around.

In that latter category we find Washington Post columnist Dana Milbank, who’s written a piece this morning chastising President Obama for going golfing while things are happening in the world. This obsessive focus on Obama’s golf habit has actually become a recreational activity in and of itself for D.C.’s pundit class, who’ve come to realize that the president’s passion for the game – in an almost unbelievable coincidence – confirms every single criticism they’ve lodged against him. What are the odds?

“Obama vacations as the world burns,” reads the headline to Milbank’s column. The big, earth-shaking world event that Obama’s blowing off to play golf is, per Milbank, Hillary Clinton’s interview with the Atlantic in which she criticized Obama’s foreign policy. Milbank apparently believes that Obama should have canceled his vacation and hunkered down in the Situation Room (the real one, not the Wolf Blitzer one) to deal with the devastation wrought by his former secretary of state chatting with a magazine:

As the criticism became public, Obama was doggedly sticking with his plans to go on vacation — a decision that, if not in the category of stupid stuff, could fit under the heading of “tone deafness.”

It’s not readily apparent how canceling his vacation would have shown that Obama is in control of the Hillary-said-a-thing-in-public crisis. In fact, you could argue and not be wrong that an abrupt schedule change in response to a magazine interview would be the very definition of erratic. But whatever! This is August D.C.! Rules and logic are for wintertime pundits.

Which brings us to Milbank’s larger point – it’s all about the optics:

Even presidents need down time, and Obama can handle his commander-in-chief duties wherever he is. But his decision to proceed with his getaway just 36 hours after announcing the military action in Iraq risks fueling the impression that he is detached as the world burns.

I tend to hold the view that it if the president can do all his presidential duties from wherever he is, then maybe let’s focus on the merits of the actual policy he’s implementing rather than the physical location of the man himself. As an act of “solidarity” with the troops, George W. Bush gave up golf for the duration of the war he started. “I don't want some mom whose son may have recently died to see the commander in chief playing golf,” Bush said in an interview. I feel safe in assuming there were more mothers upset that their sons had been sent to fight without proper body armor. But that no-golf pledge sure was great optics!

And why is 36 hours too soon for Obama to leave town? What’s the minimum length of time he has to stay in the White House? A week? A fortnight? It’s almost like this is all made up on the fly and serves no purpose other than to field a cheap but attention-getting criticism of the president.

Ordinarily I’d be willing to treat this lazy August column as a gimme (golf joke!) for Milbank, but this is actually the second time in less than two months that he’s written this same piece on Obama and golfing. His June 24 Washington Post column – “Obama’s political bogey on the golf course” – is basically a carbon copy of this morning’s piece.

Here, again, is Milbank from today:

Even presidents need down time, and Obama can handle his commander-in-chief duties wherever he is. But his decision to proceed with his getaway just 36 hours after announcing the military action in Iraq risks fueling the impression that he is detached as the world burns.

And here’s Milbank on June 24:

Yes, a president needs down time. And, yes, he can run the country whether he’s in a sand trap or the Situation Room. But Obama’s golf habit needlessly hands his critics a gimme.

Two swings at the same tired premise in such close proximity to one another? Maybe he wasn’t happy with the first one and felt he deserved a “mulligan.” That’s another golf joke. Punditry sure is fun.