Meet the women of the men's rights movement: Why they see feminism as a "personality disorder" 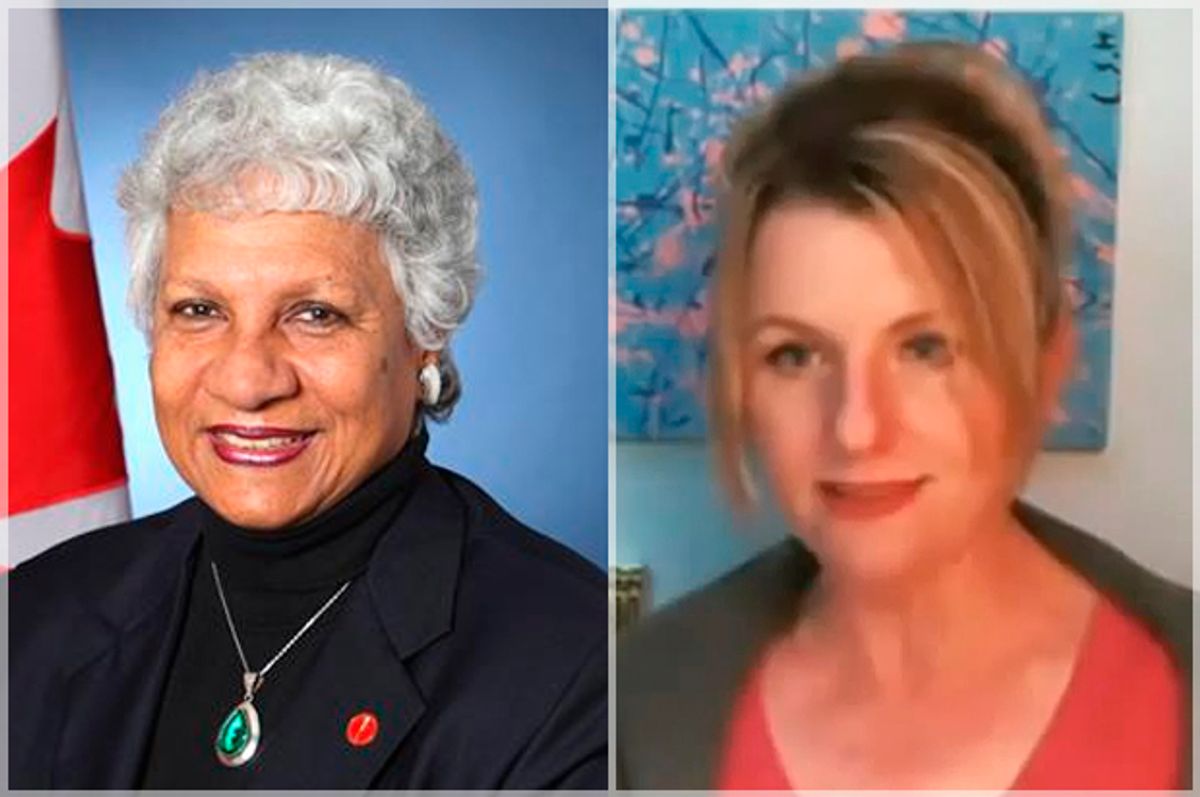 The women of the men's rights movement are an interesting lot. Anne Cools, who delivered the opening remarks at A Voice for Men's inaugural conference, is the founder of one of Canada's first domestic violence shelters, the first black person appointed to the Canadian Senate and the first black woman to serve as a senator in all of North America. But as Mariah Blake of Mother Jones pointed out in a piece on several of the movement's most prominent women, Cools also believes that "behind every abusing husband is an abusing mother" and that feminism is a "personality disorder" that seeks to "dominate and terrorize." Janet Bloomfield, the social media director for A Voice for Men, writes quite a lot about the respect she has for women and their many choices, but also thinks that single mothers are "bona fide idiots" who don't "give a shit" about their children. (Bloomfield included these observations in a blog post on why men should never date single mothers. Most men, according to Bloomfield, prefer women in possession of a uterus with "no previous occupants.")

And this is the thing with the men's rights movement. Some of the goals articulated by these self-described activists -- like the recognition that men are also victims of domestic and sexual violence and that women should be able to live their lives on their own terms -- are actually important, which is why it's such a tragedy that they go and contaminate them with everything else MRAs argue about how the world works. For a movement that seems to hold #NotAllMen as a founding principle, the women at the head of the men's rights movement, like their male counterparts, deal heavily in generalizations about women and men. They wants us to understand men in all of their complexity, but also, it seems, want us to know that most women -- particularly feminist women -- are pathologically uniform. Conventional MRA wisdom holds that most feminists hate men. They also sneer at mothers who work in the home. They also inflate rape statistics. So egregious is this feminism thing that women needed to unite and stand against it.

Which is why I will continue to read and watch profiles of the women of the movement with a real sense of curiosity (this one from Fusion is fascinating), but little else. Because while we may agree that we must do much more to support male survivors of sexual violence, we do not agree that the reason our culture does a shit job of this is because feminists. And we may agree that men face unique challenges when coming forward about their experiences of domestic violence, but we do not agree that this is because of the work being done by understaffed and often funding-starved shelters and the other systems in place that serve female victims.

It's a wildly confusing framework, but it also isn't any way to construct your politics. Jaclyn Friedman did a really excellent job of articulating the nihilistic bend of the movement in a piece last year for the American Prospect, but it bears repeating. Groups like Male Survivor and 1 in 6 exist to support men who have been victims of sexual violence and help them find the resources they need. In a simple drop down menu on the Male Survivor website, you can find a therapist, read a page debunking myths about male survivors and male sexuality. Search A Voice for Men for "male survivors of sexual assault" and most of what comes up focuses on the apparent scourge of women falsely accusing men of rape on college campuses.

Every man who visits a men's rights site concerned about male victims of rape is a man who’ll be told that women are the problem and will be offered no practical solutions, a man who won’t be connected with direct services for survivors if he needs them, a man who still doesn’t know about Just Detention International, which works to end prison rape, or Service Women’s Action Network, which is taking the lead to end sexual violence in the U.S. military for both men and women. Every man who comes to them concerned about the high rates of on-the-job fatalities for men is a man taught to blame women but who is never encouraged to support or join unions. Every man who comes to them concerned about the male suicide rate is a man who won’t be encouraged to help out with the life-saving work The Samaritans do every day.

The truth is that people who are mostly wrong can sometimes be right. (Rand Paul occasionally does things that make sense, for example.) But context and batting averages matter. And if you are throwing your weight behind a movement that is de facto led by a man who thinks women beg for rape, or that the very real threat of sexual violence women face is a plot cooked up by jaded feminists, then your batting average is way, way off. And if you think single mothers are idiots who ruin their children and that men think it's emasculating to co-parent a child from your partner's previous relationship, then you don't respect women or men.

Many of the women of the men's rights movement have said they aren't allies or supporters, they are men's rights activists. I don't doubt that for a second. But the fact that women can also hold distorted ideas about sexual assault, domestic violence and what feminism is really all about doesn't make these ideas any more credible, it just means that bad ideas are, unlike so many other things in our culture, equal opportunity and gender neutral.