638 rhinos have been poached this year 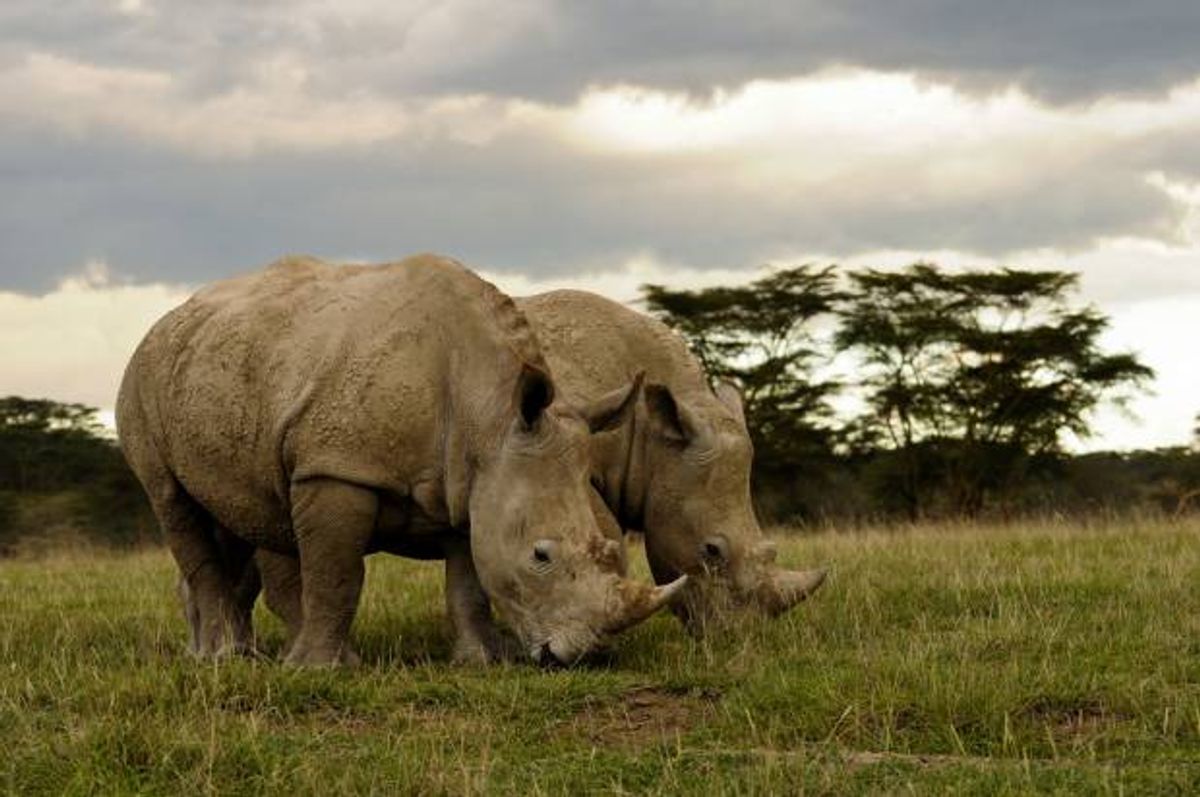 South Africa is essentially moving its rhinoceroses into witness protection by relocating them from Kruger National Park to secret locations both within and outside its borders. The move will be made in an effort to protect the endangered species from poachers who will sneak across the border between Mozambique and Kruger with automatic rifles and night-vision goggles. So far, 638 rhinos have been poached this year, compared to 1,004 last year.

Poaching has surged in South African game reserves and private game ranches and beyond as demand for the animals' horns climbs in Asian nations including China and Vietnam because of a false belief that it can cure diseases including cancer.

As many as 500 rhinos could be safely moved from Kruger, a reserve the size of Israel, Sam Ferreira, a large mammal ecologist at South African National Parks, said at the briefing. Moving such a large number would be logistically difficult...

"The translocations are the backbone of what South Africans have achieved with rhinos" in conservation, Ferreira said. About 1,500 rhinos were relocated from Kruger between 1997 and 2013, a program that "has contributed significantly" to the growth of the South African population of the animals, [Environment Minister Edna] Molewa said.

Molewa said that these relocations paired with the creation of "rhino strongholds" would allow for the population to continue to grow. "South Africa, with its large rhino populations, has borne the brunt of rhino poaching," she continued. "We remain confident that our efforts in implementing the integrated strategic approach will build on our successful track record of conserving rhinos."

South Africa's government is also focusing on breaking up crime syndicates related to poaching. Thus far, the police have made 176 arrests in connection with poaching and now have the ability to follow poachers across international borders in their pursuit. One poacher was recently sentenced to 77 years in jail for killing three rhino calves, the maximum penalty imposed.

South Africa is home to over 80 percent of Africa's rhinos. At last count, there were between 8,400 and 9,600 white rhinos living in Kruger.