Tea Party Express's Sal Russo has made a killing ripping off right-wingers. But this is his most audacious task yet 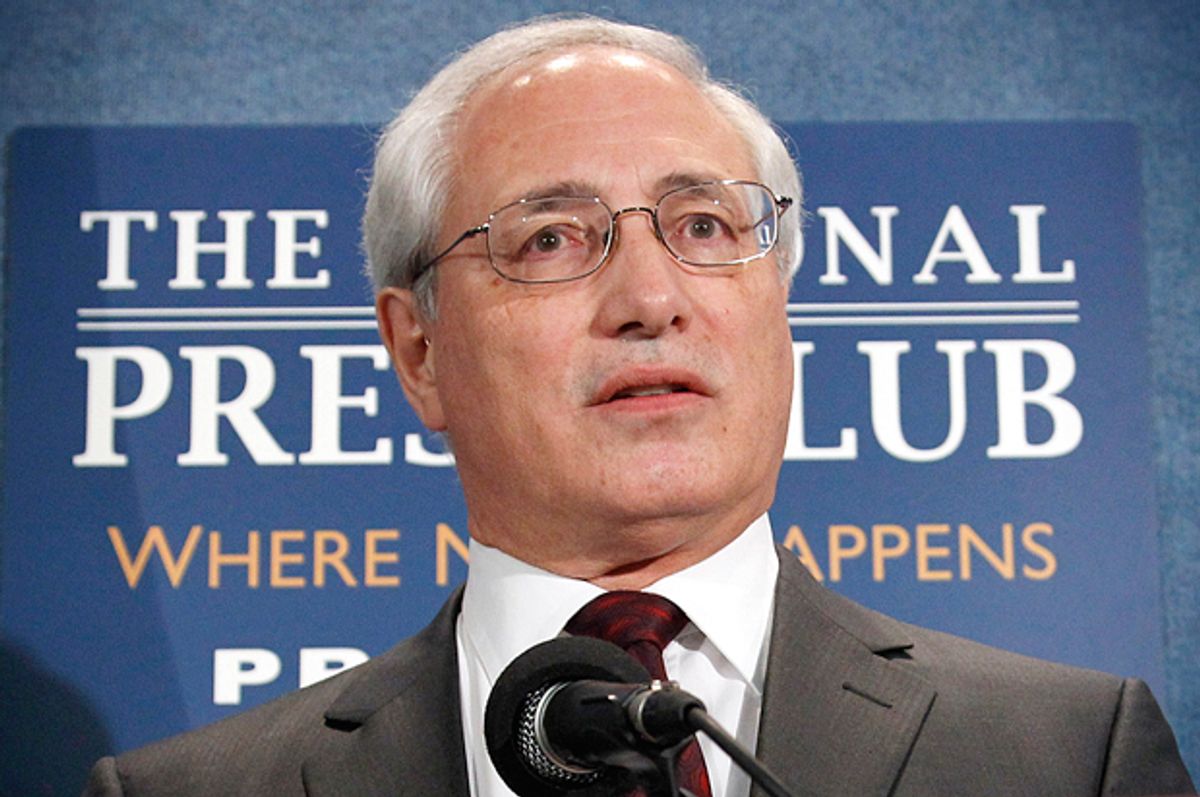 However, it's fair to guess that no rip-off, not even one that hurts veterans, will shake these true believers from their reflexive desire to give money to con men. Well, maybe this: Sal Russo may now be in the business of helping ... Democrats. Even worse, a Democrat who used to work for the Usurper Obama himself.

Yes, it's the Great Centrist Hope Ro Khanna, the guy all the Wall Street Democrats are pulling for to unseat the stalwart liberal incumbent Mike Honda. (California's jungle primaries often pit two members of the same party against each other in the general election.) He's extremely well-connected in Democratic circles, worked in the Obama administration  --- Commerce Department, naturally --- and hired the famous Obama campaign young guns to manage his run.  Unfortunately, despite all his money and tech savvy, he came in second in the primary, with Honda scoring a decisive victory. The face-off in November will be a rematch with Khanna playing the conservative in the race --- not a big stretch by any means.

And apparently the Big Money Republicans are so dead in the water in California that they're reduced to backing Big Money Democrats for office now. As Evan McMorris-Santoro at BuzzFeed reported last week:

Former Representative Ernie Konnyu, [has] thrown his weight behind Khanna and urged Republicans to do the same. On June 23, in an email to supporters obtained by BuzzFeed and addressed “TO: All Republicans and Independent Voters,” he tried to take that effort up a notch by pulling in help from the Tea Party Express.

At the end of the email, there was a big chunk of research designed to rile up Republicans about Honda (“Throughout Honda’s 14 years in Congress, 18 of 20 of his largest donors have been unions,” was one hit) that looked a lot like the kind of background material campaigns send out to reporters when trying to attack their opponents. Konnyu wrote in the email that he got the material from someone else. “I received a well researched and referenced document I requested,” he wrote.

(McMorris-Santoro doesn't come right out and say it there, but the implication is pretty clear. After all, the only campaign that's running against Honda at the moment is Ro Khanna's.)

A funny thing happened after this email was sent out, however: nothing. According to Konnyu, he couldn't get even one of his supporters to finance the idea  (which brings up the question of why a guy who had one term in Congress back in the 1980s has "supporters" and who they might be). In any case,  none of the people he approached jumped at the chance to help the Tea Party Express elect a Democrat to Congress --- not even a Wall Street-friendly Democrat who was willing to help ancient GOP politicians enlist the help of the the most reactionary group of right-wing activists in history. (Maybe he should try wearing a tri-corn hat and see if that helps ...)

But just because Konnyu couldn't get any normal people to participate, that doesn't mean that Sal Russo's racket doesn't see the potential for a nice profit.  The Tea Party Express spokesperson told BuzzFeed that Russo had been out of the country when Konnyu first approached them but he's willing to talk more about it. He said they "remain undecided as far as if we will or will not be involved in the race, but it’s on our radar."

Of course it is. There's money in Silicon Valley and the Tea Party Express will happily take some of it if offered. And if not, well there are always more rubes to be fleeced. And who knows? Maybe the Tea Party Express can even persuade them to send money in order to elect an Obama Democrat to Congress. That might just be Russo's greatest triumph yet.