We've taken 23 million rides, and not one person has died yet 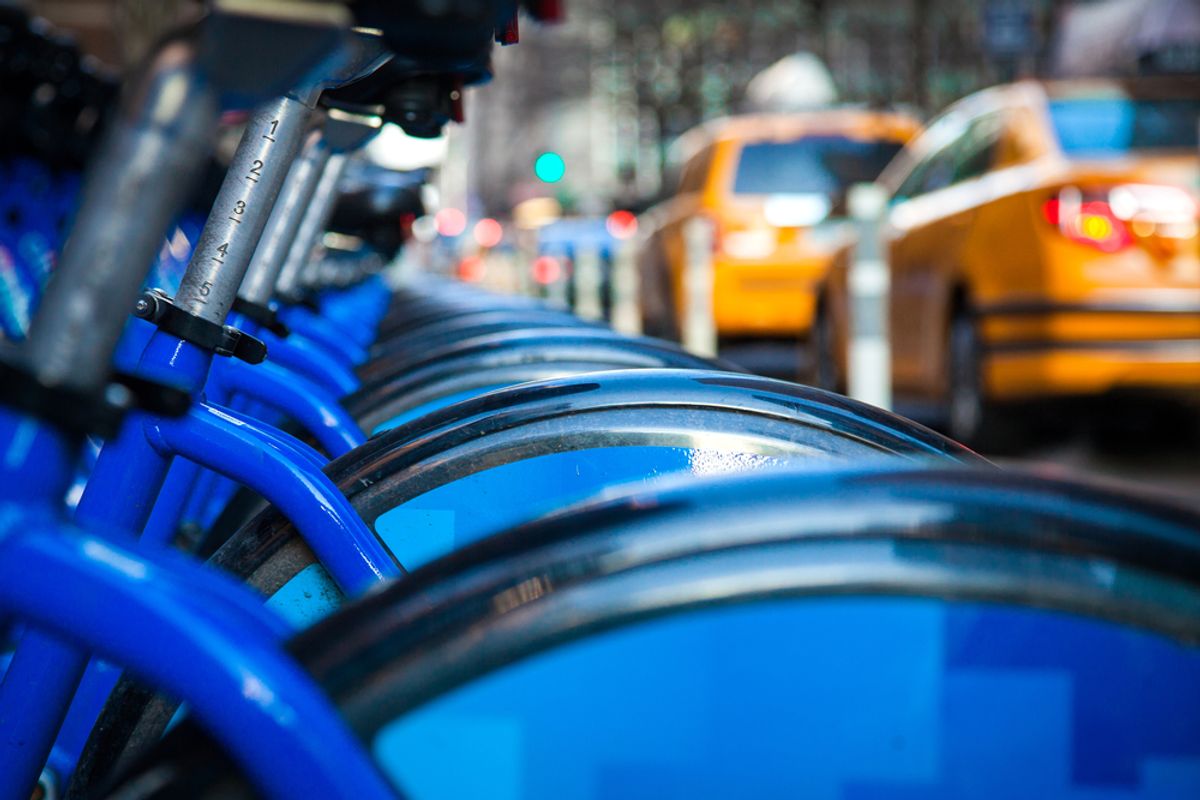 As another summer winds down, Reuters brings us some encouraging news about America's growing fleet of bike share systems: They continue to be popular, environmentally friendly and not even the least bit deadly.

It's the best (albeit still anecdotal) evidence we've got to prove that expanding the public's access to bikes isn't the harbinger of the apocalypse some predicted. Since the first system opened in Tulsa in 2007, 35 other cities have jumped on the bandwagon, their denizens pedaling through a combined 23 million trips. And in all that time, so far as anyone's been able to tell, they've yet to cause even one death.

How is that possible? Vox is on it, explaining that for one thing, the bikes are heavy, well-lit and designed to brake easily when wet, all factors that prevent a bicyclist's inner speed demon from taking over and keep beginners from losing control. And while helmets aren't typically part of the deal, the influx of bicyclists through sharing programs are actually making the streets safer -- enough so, perhaps, to lessen the risks to the helmet-less masses. Emily Badger described the positive feedback loop in the Washington Post: "The more people bike and walk, the more drivers become attuned to their presence (either on sidewalks or road shoulders),  and the more cities are likely to invest in the kind of infrastructure explicitly meant to protect them (all of which further encourages more cyclists and pedestrians)." The more bicyclists a city has, per a benchmark report from the Alliance for Biking & Walking, the fewer cycling-related fatalities.

The Reuters article actually undersells this point. It cites a study published in the American Journal of Public Health finding that "cities with bike share programs have a higher proportion of head injuries among bicycle-related injuries than cities without such programs." That's true, but as Eric Jaffe at CityLab pointed out at the time, the paper itself presents a misleading interpretation of the data. While the proportion of head injuries rose once cities got bike shares, the total number of injuries fell -- and so too did the total number of head injuries, by about 14 percent. And that's all to say nothing, of course, of the positive health benefits of incorporating exercise into our daily commutes.

The link between the popularity of bikes and increased safety is one researchers are continuing to explore, and as more cities, including Tampa, Florida, Boise, Idaho, Portland, Oregon, "and elsewhere" move toward installing their own systems, they'll have plenty more data to work with. In the meantime, it's safe to say that Wall Street Journal columnist Dorothy Rabinowitz was probably overreacting when she all but lost her mind last year over NYC's bike share system, which she predicted would bring a scourge of death upon the city "in the interest of the environment." It will never stop being funny, though: