Don't freak out, but there is a chemical in your toothpaste linked to cancer 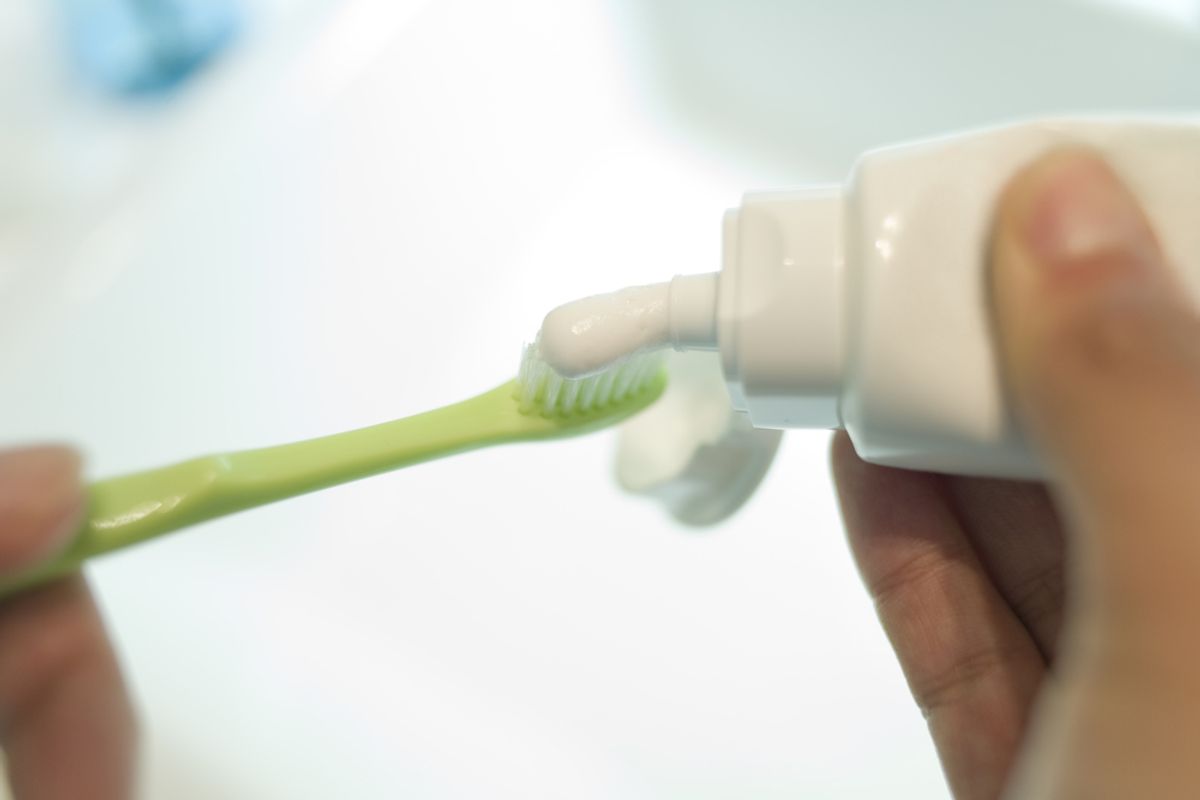 You might want to take a second look at your toothpaste. Particularly if you use Colgate Total, which contains the ingredient triclosan, a potentially dangerous chemical most commonly known for its unnecessary presence in antibiotic soaps. The FDA, after much wheedling and FOIA'ing, has finally made public a 35-page review summarizing the toxicology studies that led to the agency's decision, 17 years ago, to approve the ingredient's use. And after working with a number of experts to examine the newly available information, Bloomberg's out with an investigative piece that raises some red flags about its decision to do so -- and about the growing evidence linking the chemical to some serious health effects, including cancer.

The focus of Bloomberg's story is to highlight some serious flaws in the FDA's approval process for over-the-counter drugs, although you might be distracted by the news that THERE'S A CHEMICAL IN YOUR TOOTHPASTE THAT MIGHT CAUSE CANCER. Savvy consumers have caught on to that already -- it's why many of Colgate's competitors advertise themselves as triclosan-free. Both are concerning, but Bloomberg is careful to caution that the review isn't a smoking gun showing that triclosan is harmful. What it does show is that if triclosan is harmful, the FDA probably wouldn't know. The evidence it leaned on in approving the drug, back in 1997, has become dated; much of that evidence, moreover, came from company-backed research.

The data on triclosan's safety remains inconclusive, but a growing number of studies have given experts cause for concern, particularly about its potential to act as a hormone disrupter, leading to reproductive problems and the development of some cancers. Bloomberg has plenty of examples where those two factors are cause for concern: for one, included in the FDA review is a study documenting fetal bone malformations in mice and rats, which Colgate brushed off as "irrelevant." It may not have raised alarms at the time, experts told Bloomberg, but "viewed through the prism of today’s science," it appears to point to the chemical's function as a potential hormone disrupter.

Most of the studies, Bloomberg adds, were investigating whether triclosan's potentially harmful effects were dose-dependent -- but the current understanding holds that even small doses of the chemical may be harmful: one study, published in 2006, found that tadpoles exposed to an amount of triclosan equivalent to one-tenth of that which is found is a dollop of toothpaste grew into smaller frogs, and had malformed legs to boot.

For the "better safe than sorry" crowd, all that might be reason enough to stay away from Colgate Total. “We have created a system where we are testing these chemicals out on the human population," said Thomas Zoeller, one of the scientists who reviewed the FDA data for Bloomberg. “I love the idea they are all safe. But when we have studies on animals that suggest otherwise, I think we’re taking a huge risk.”

And it's a risk that, for now, the FDA appears to be fine with. Last December, 35 years after it first said it would look into it, the agency announced that it was finally putting the chemical's use in hand soaps up for review, so we'll have a determination on that by 2016.  In the meantime, Minnesota recently decided to just go ahead and ban triclosan from most consumer hygiene products (Total, because it has FDA approval, won't be included in that). The agency decided to act on hand soap because studies have shown that it's no more effective than soap and water. The risk, it decided, is therefore unnecessary. In toothpaste, on the other hand, triclosan's been shown to remove plaque and prevent gum disease -- good things for a toothpaste to do, but, given that other toothpastes are able to do that without the dangerous side effects, probably not worth the risk, either.