Man gets brutally attacked for attempting to stop catcallers

One more sign that street harassment is dangerous: It can escalate to physical violence all too quickly 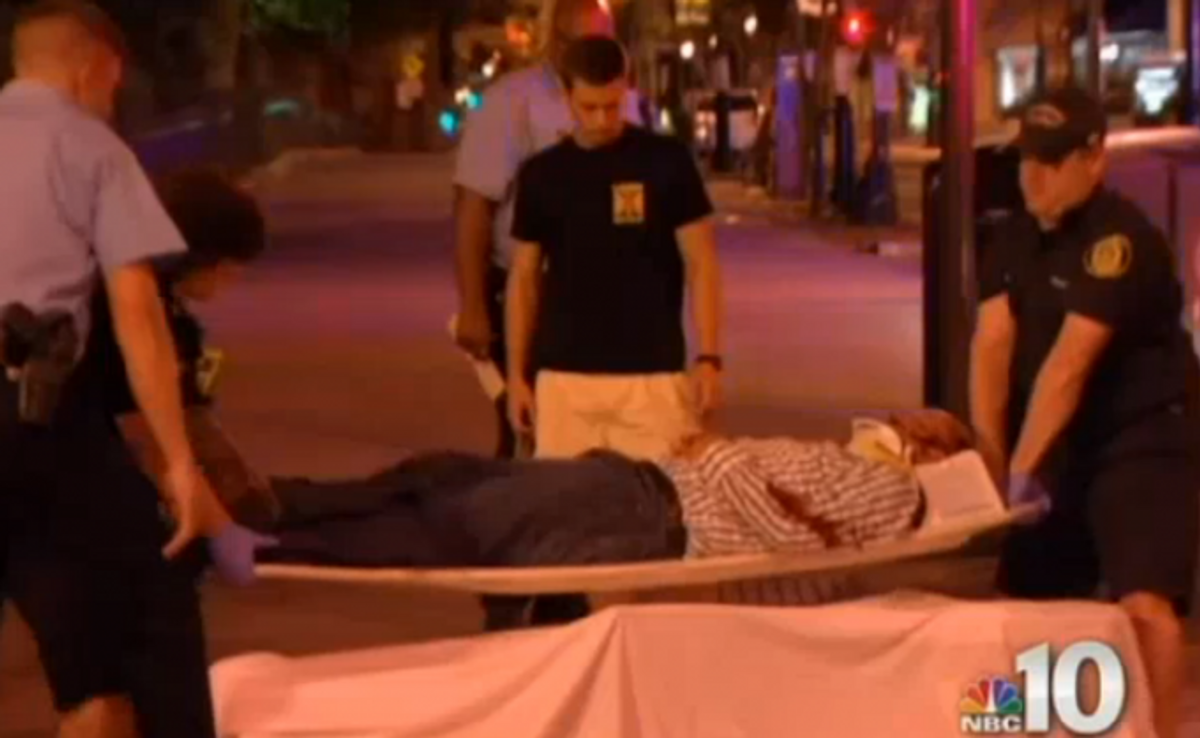 For anyone who thinks catcallers are harmless, here's a tip: They're not. A Texas man who attempted to intervene in some routine street harassment landed in the hospital over the weekend, after a group of catcallers knocked him unconscious while he was visiting Philadelphia's Rittenhouse Square.

Police report that around 2:45 a.m. on Saturday, the 39-year-old man (whose name has not been released) saw a vehicle full of men pull up next to a group of women. The men began taunting the women and making suggestive comments, at which point the victim decided to intervene, according to NBC Philadelphia:

"The male victim took offense to something that the guys were saying to the girls and said 'hey, watch what you're saying,'" said Philadelphia Police Captain George Fuchs.

Police say one of the men inside the Nissan then got out of the car and punched the victim once in the head. The man was knocked unconscious after he fell and struck his head on the concrete.

The suspect then ran back into the Nissan which fled west ... The victim was taken to Hahnemann Hospital where he is currently in stable condition. ...

Police say the suspect's Nissan had Delaware tags. They are currently looking through surveillance video to see if they can find the license plate number.

The story has blown up on Reddit, where a number of commenters have made arguments along the lines of "well he shouldn't have inserted himself in someone else's business" with an added "especially in Philly." But whether the man did the right or wrong thing in attempting to "defend" strangers from street harassment is not the big takeaway here. The immediate escalation of the altercation from unwanted intervention to straightforward assault is just another sign that street harassment is dangerous. Socially, it reinforces sexist ideas that women exist in men's spaces and must behave in them as men please, which most often means submitting to outright objectification. Physically, street harassment can put targets and bystanders at risk -- because if someone even so much as suggests that catcalling might be out of line, it comes with the risk of getting knocked out on the street.