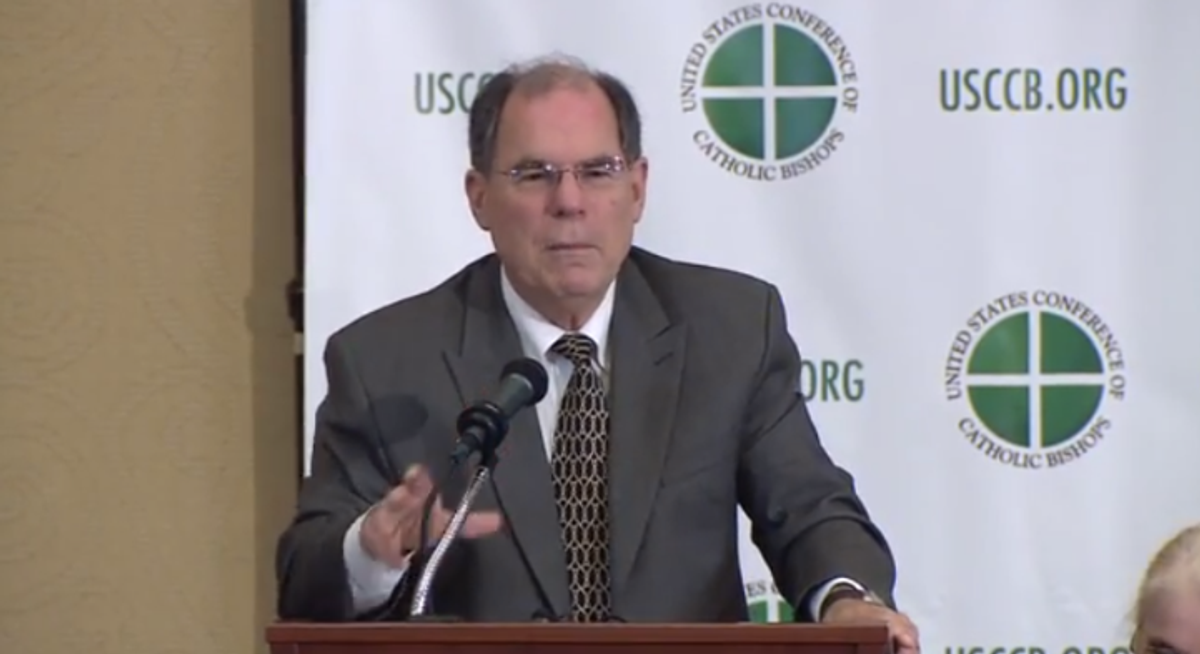 The American Medical Association, National Center for Health Statistics and American Psychological Association, along with researchers behind a number of rigorous studies, have long dismissed "post-abortion syndrome" and other claims that abortion causes mental illness. But a marriage counselor from Florida disagrees. So Texas is paying him nearly $50,000 to defend HB 2, the state's sweeping antiabortion law.

As reported by Molly Redden at Mother Jones, Texas has paid Vincent Rue $42,000 in less than six months for his work aiding its legal defense. Rue has a doctorate in family relations from the University of North Carolina's School of Home Economics, and testified in two other major abortion cases in the early 1990s. As Redden points out, both times, the judges dismissed his testimony as biased and lacking expertise.

From the decision in Planned Parenthood v. Casey (emphasis mine):

Dr. Rue is a licensed marriage and family counselor in California, and a trained psychotherapist. He is not a psychologist and has never conducted a controlled research study. While Dr. Rue has produced various published works in his field, he has never had any of his work published in a referee journal. Because he is not a physician, Dr. Rue has never provided informed consent for an abortion or any other medical procedure. In addition, he has not conducted any research on the informed consent procedures utilized in abortion clinics in Pennsylvania.

Dr. Rue submitted a study he co-authored with others, The Psychological Aftermath of Abortion, to Surgeon General C. Everett Koop and the House of Representatives Committee on Government Operations as a part of a federal investigation of the medical and psychological effects of abortion which purports to establish the existence of a psychological disorder denominated "post abortion syndrome." After submission for peer review by scientists with the Center for Disease Control, the National Center for Health Statistics and other scientific institutions, his study was found to have "no value" and to be "based upon a priori beliefs rather than an objective review of the evidence."

And from Hodgson v. Minnesota, a case on parental notification laws:

Defendants offered the court no persuasive testimony upon which to base a finding that Minnesota's parental notification law enhances parent-child communications, or improves family relations generally. Dr. Vincent Rue possesses neither the academic qualifications nor the professional experience of plaintiffs' expert witnesses. More importantly, his testimony lacked the analytical force of contrary testimony offered by plaintiffs' witnesses.

Despite being repeatedly discredited by his peers and the courts, anti-choice conservatives continue to bankroll him. He has been enlisted by Republicans in Alabama, North Dakota, Texas and Wisconsin to defend antiabortion laws.

In addition to relying on the testimony of a man whose work has been found to have "no value," the state of Texas has allowed its other experts to be coached by Rue. As the Austin Chronicle reported last week, Rue edited the testimony of another person enlisted to defend the bill (emphasis mine):

Dr. Deborah Kitz, a Pennsylvania-based medical facilities consultant, testified that no one helped contribute to writing her report. As they did with witnesses called during Wednesday’s trial, the state again “refreshed” defendant witness recollection, displaying an e-mail chain of correspondence between Rue and Kitz before the court, showing Kitz received Rue's editorial assistance with her testimony in support of the abortion-restrictive law.

“I accepted all changes,” wrote Rue at one point. In another e-mail, Kitz referred to her report with quotations (“my” report) suggesting she was not the primary author. Kitz admitted to becoming “annoyed” and worried with at least one of Rue’s “editorial suggestions” that she did not want incorporated into her testimony because she had not read the study it was based on. It was also shown Kitz included a “waffle-y” statement (her own words) about the ability of suit plaintiff, Whole Woman’s Health clinic, to secure a loan to build an ASC. Still, Kitz contends Rue did not influence her report.

Dr. Mayra Jimenez Thompson, a Dallas-based OB-GYN who provided testimony this week, told the court that she had not performed an abortion in more than two decades due to her religious beliefs. Despite her clear anti-choice bona fides, she was nonetheless coached by Rue on what to say in the courtroom. In an email exchange shared with the court, Thompson told Rue, "I'm still drafting [...] I tried to use as much of your material as possible, but time ran out."