The NRA is protecting your right to hunt elephants 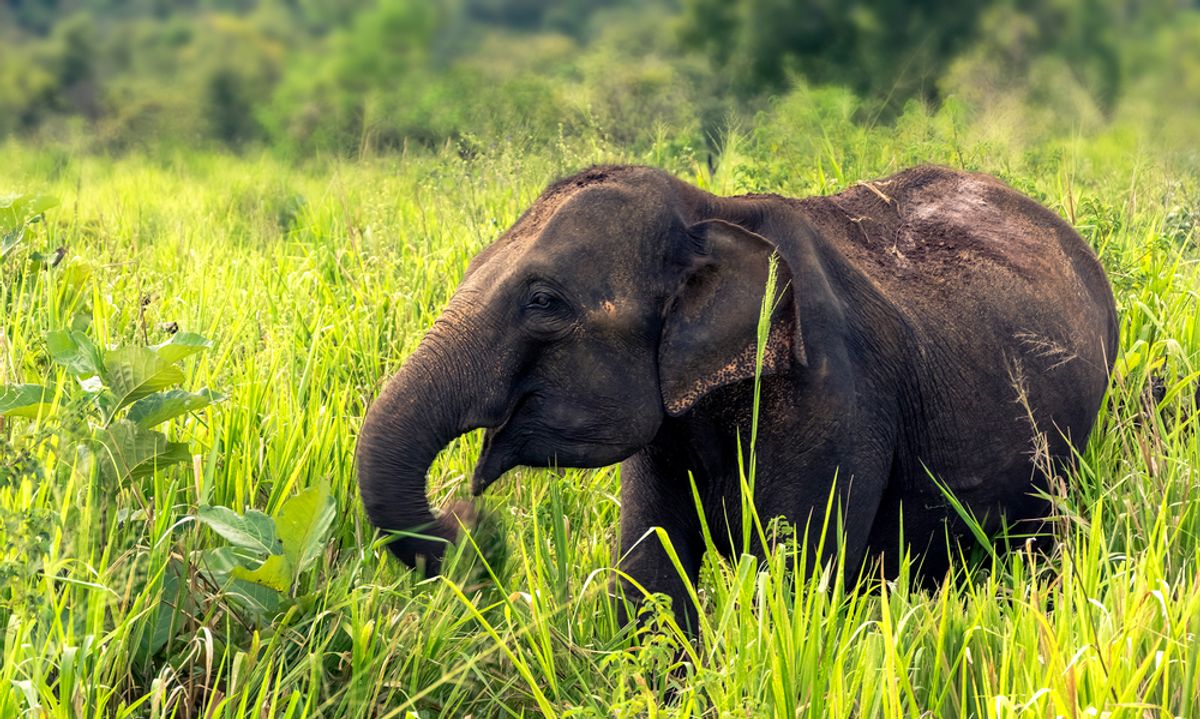 In an National Rifle Association-sponsored NBC Sports special aired last September, the nation watched, horrified, as lobbyist Tony Makris shot down a bull elephant for its valuable ivory tusks. Despite public opposition, sport hunting of the elephants remains completely legal, with 1,000 permits issued to Americans each year, thanks to the lobbying of the NRA.

Most ivory comes from African elephants, and they are facing a serious threat as poaching continues. The illegal trade has more than doubled since 2007, and over 20,000 African elephants were poached in 2013 alone. Since only males have tusks, poaching for ivory not only devastates a population, it selectively devastates it, meaning there are many more females than males. A CITES report released in June of this year found that there was a marked increase in the numbers of seizures of ivory in Africa made in 2013, and only three countries, Kenya, Tanzania and Uganda, accounted for 80 percent of those seizures.

In a New York Daily News article, Elizabeth Bennett, vice president for species conservation at the Wildlife Conservation Society, argues that demand for poaching will only be reduced when ivory ceases to be a high-status product. “A peer-reviewed study I just published in the scientific journal Conservation Biology concluded that to save elephants, all ivory markets must close and all ivory stockpiles must be destroyed.”

The U.S. government has taken aggressive action to combat the ivory trade. Just last week, New Jersey Governor Chris Christie signed a bill that would put an end to commercial ivory and rhino horn trade in his state, and New York’s Governor Andrew Cuomo should sign a similar bill shortly. In April, the U.S. Fish and Wildlife Service announced it would suspend all imports of sport-hunted African elephant trophies from Tanzania and Zimbabwe. Last February, the federal government announced a National Strategy for Combating Wildlife Trafficking, which would crack down on legal enforcement, while banning the commercial trade of elephant ivory as well as the domestic sale of non-antique ivory.

However, the NRA was outraged by the government's announcement because the new law meant that “any firearm, firearm accessory, or knife that contains ivory, no matter how big or small, would not be able to be sold in the United States, unless it is more than 100 years old.”

That's fine, but the organization seems to have had additional motives in protesting the law. The Huffington Post’s Nick Wing reports:

The NRA found their preferred solution in the form of a pair of Lawful Ivory Protection bills sponsored by Sen. Lamar Alexander (R-Tenn.) and Rep. Steve Daines (R-Mont.). In a release decrying the administration's "overreach of authority," the group called for members to stand up for "honest, law-abiding Americans" wishing to sell their ivory-containing possessions by calling on their representatives to support these bills. Tucked away in the last sentence was a mention of the legislation's secondary purpose, to protect the right of Americans to legally kill elephants for their ivory.

"Your actions today may determine if the sale and trade of firearms that contain ivory, as well as the importation of sport-hunted elephants, will be banned," it read.