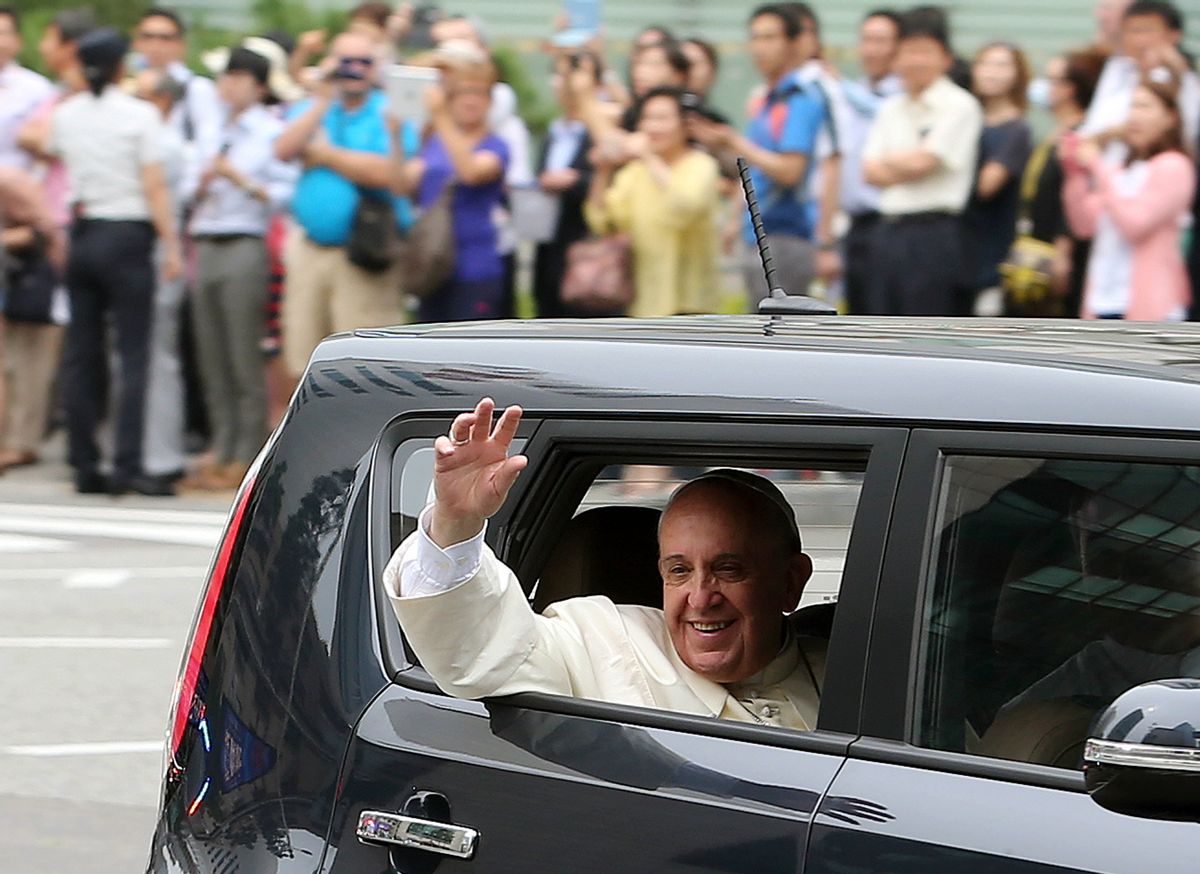 Pope Francis waves from a car after his arrival in Seoul, South Korea, Thursday, Aug. 14, 2014. As Francis became the first pope in 25 years to visit South Korea on Thursday, Seoul's never-timid rival, North Korea, made its presence felt by firing three short-range projectiles less than an hour before he arrived, officials said. (AP Photo/Yonhap, Lim Hun-jung) KOREA OUT (Lim Hun-jung)
--

The White House is weighing its strategy against the Islamic State's threat which could come to dominate the remaining years in Obama's second term. UNITED STATES-IRAQ-THREAT

Pope Francis is officially greeted in Seoul - the first pontiff to visit in 25 years - as Pyongyang fires test projectiles off its coast around the time of his arrival. SKOREA-POPE

4. HINTS OF PROGRESS IN TALKS TO END GAZA WAR

Israel and Hamas are considering an Egyptian proposal that at least partly addresses both sides' demands with the truce extended another five days. ISRAEL-PALESTINIANS

The drought-stricken state wants to make the largest investment in infrastructure in decades to build reservoirs and clean up ground supplies. CALIFORNIA WATER-BALLOT MEASURE

7. IT'S A JUNGLE OUT THERE: ANIMALS STAR IN CAMPAIGN ADS

The federal panel that sets sentencing policy turns its attention to reducing penalties for some business crimes after easing them for nonviolent drug offenders.

A large international study suggests that the amount of sodium most folks consume is all right for heart health — and too little may be as bad as too much.

Tiger Woods says his back problems will prevent him from joining the U.S. team at the competition next month in Scotland.