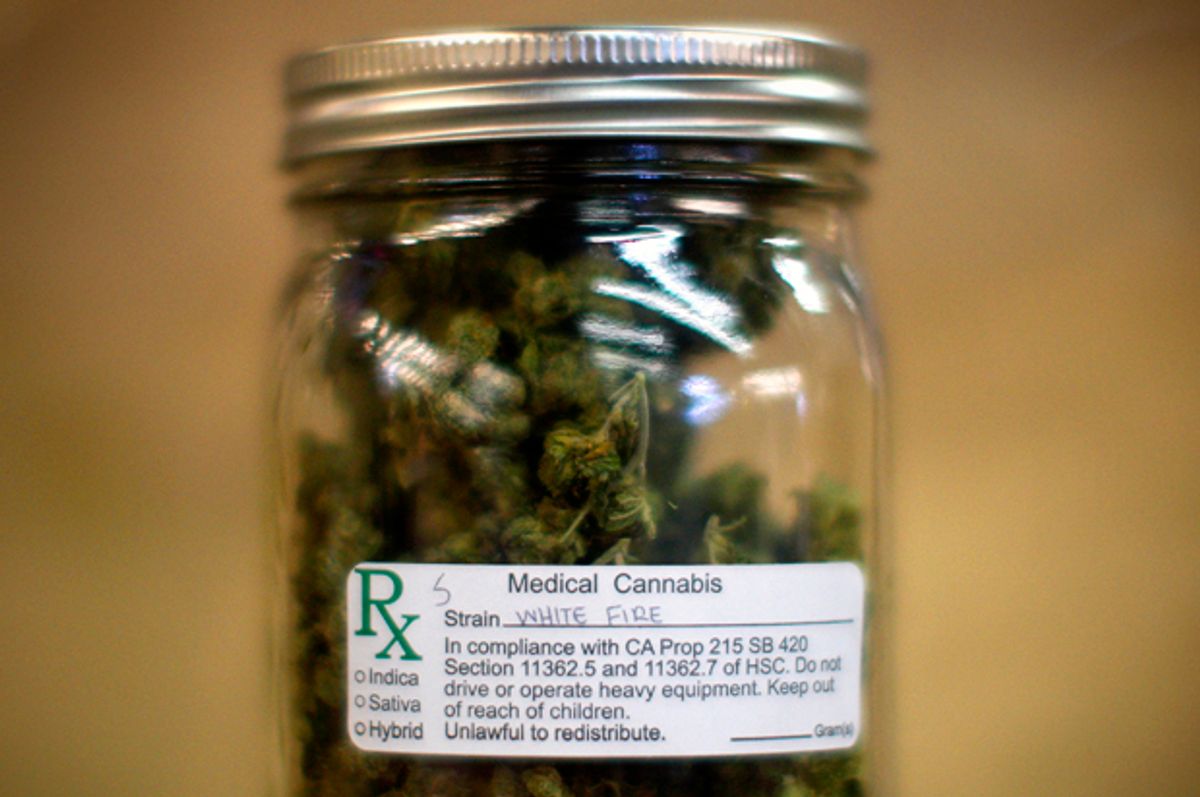 In November Florida will put its first medical marijuana initiative to a vote. If passed, the initiative will provide medical patients limited, state-legal access to marijuana medicine, rather than turning them into criminals. While 23 states have successfully passed similar medical marijuana initiatives with strictly positive results, Florida’s medical marijuana opponents continue to wave red flags that have long been  debunked by logic, science and reality. What’s really motivating these stubborn prohibitionists? Here’s a hint: it’s green like pot, but doesn’t smell as good.

As Lee Fang points out in a recent Vice article, “a closer look at the moneymen opposing the initiative reveals cynical hypocrisy and, in some cases, naked self-interest.” Fang’s articleoutlines four ridiculous and hypocritical efforts to demonize pot in Florida.

1. A hypocritical casino mogul is funding pot in Israel, and bashing pot in the Sunshine State.

Casino tycoon Sheldon Adelson gave Drug Free Florida $2.5 million to block pro-pot efforts in the state, despite the fact that he also donates to medical marijuana research in Israel and lives closer  to (or relatively as far removed from)  three other places where marijuana initiatives are on the ballot (Oregon, Alaska and Washington DC). As Fang put it, “It’s a tad strange for Adelson to seek a ban on medical pot in America while financing it in Israel."

As it turns out, Adelson has been eyeing Florida’s gambling market for his casino company, the Las Vegas Sands Corporation, for quite some time. According to the Vice article, since the state’s table games are all controlled by the Seminole Tribe of Florida, “Adelson's Sands Corp has lobbied furiously to build its own Vegas-style casino in Florida, but has so far come up short. The deal with the Seminoles expires next year, meaning whoever controls the governor's office has a great deal of sway over the decision.”

2. The cops are corrupt.

Florida’s legalization opponents include cops. Despite the ample evidence that marijuana legalization actually reduces violent crime, prohibition is better for law enforcers’ bottom line. AsFang pointed out in the Nation last month, pot busts rake in revenue for law enforcement. He summed up the process in Vice:

When cops bust a marijuana dealing operation, they employ something called asset forfeiture to seize property and auction it off. The process has generated over $1 billion for law enforcement divisions around the country since 2002, and in Florida, a law enforcement newsletter referred to the local forfeiture program as an "excellent return on investment."

As the Vice piece noted, Florida’s Sheriffs Association is behind much of the state’s anti-pot propaganda. Polk County Sheriff Grady Judd heads up the association and “uses Reefer Madness-esque rhetoric to claim marijuana will ruin society.”

At an anti-pot press conference earlier this summer, Judd said, “I see the guy that's up all night with a baby that's screaming, so he smokes him a blunt and a half and he thinks that'll help and ends up bouncing the baby off the walls.”

Grady reportedly submitted a budget document to his county commissioner stating that seizures from pot cultivation operations “are a significant revenue source for his department.  ”

Perhaps the most hypocritical anti-legalization argument still alive in Florida spreads fears that an evil, corporate “Big Marijuana" industry will corrupt the market. The irony of this claim is blaring when you consider that free-market conservatives are usually the ones making it.

“[I]t's a little weird that they're suggesting profit-seeking is somehow unsavory,” Fang points out.

The Big Marijuana panic is designed to conflate pot with the evils of “Big Tobacco,” so it’s stranger still that the campaigns propping it up were registered by a lobbyist for the cigar industry, Richard E. Coates, as Fang notes.

“While Coates has been instrumental in advancing the cigar industry's policy goals, including the defeat of legislation designed to curb smoking at playgrounds and certain workplaces, his lobbying firm has been retained by the Drug Free Florida committee to help beat the medical marijuana ballot initiative this year. Thespokesperson for the Drug Free Florida committee is Sarah Bascom, a longtime lobbyist for Dosal Tobacco Corporation, the third largest cigarette company in the state.”

Talk about your strange bedfellows.

4. A foundation that once supported child torture is using the tired old “save the children” routine to demonize pot.

As Fang reported, “The wackiest attacks against Florida's marijuana initiative are coming from Save Our Society From Drugs and the Drug Free America Foundation, two nonprofits founded by Mel and Betty Sembler.… The Semblers are famous real estate tycoons who are well known within the Florida Republican Party for their fundraising prowess. What's less well known is that the Drug Free America Foundation is a legal entity that has existed since the 1970s under the old name STRAIGHT Inc. Under the previous brand, the foundation operated as a drug rehab center that was embroiled in multiple scandals for allegedly torturing children who had been admitted for experimenting with pot.  ”