In response to longstanding allegations of sexism, the agency will host a workshop on female sexual dysfunction 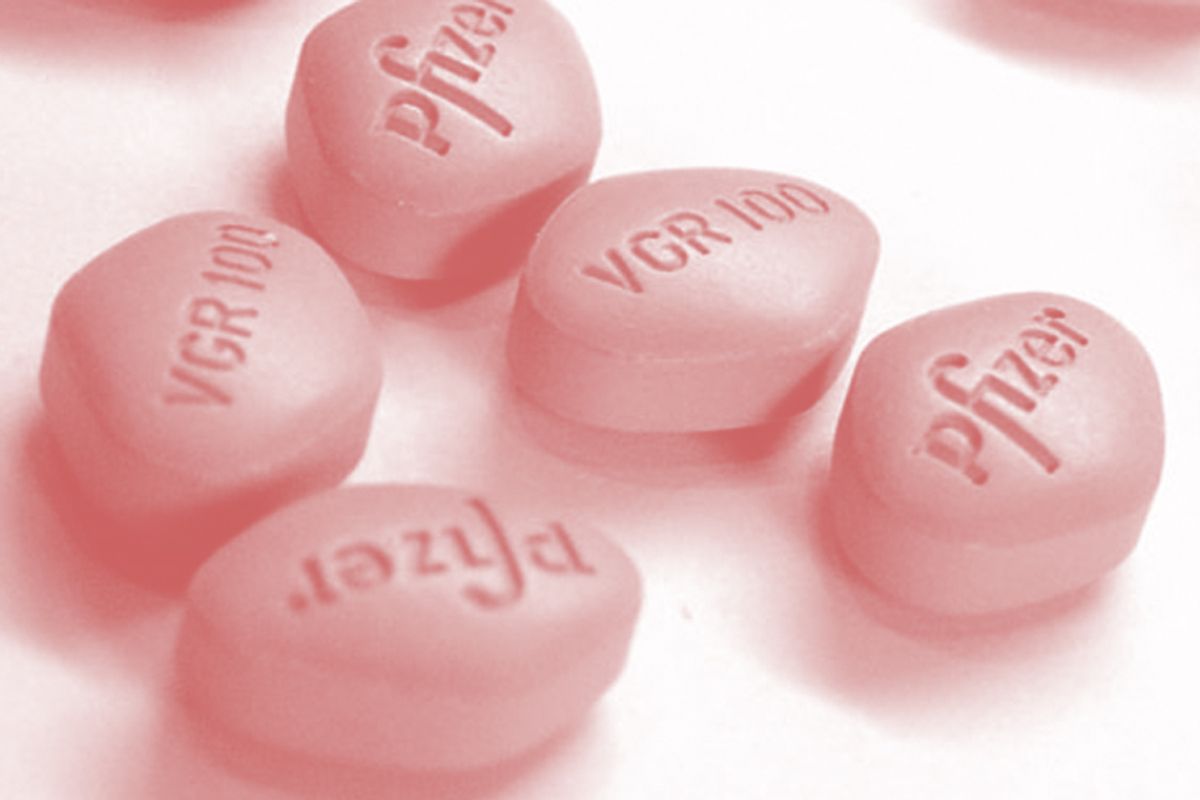 The quest to develop "female Viagra" has been long and tedious, and so far has ended in disappointment. While there are numerous drugs on the market to address male sexual arousal and erectile dysfunction, there are still no "little pink pills" for women to pop.

The discrepancy has long been attributed to gender bias on the part of the FDA, which has reportedly approved a total of zero drugs that directly address female sexual desire. Now, the agency is trying to combat claims of sexism by paying special attention to developing sexual dysfunction drugs just for women. But first, the FDA is hosting a workshop -- because that's a key step to developing drugs when those drugs are for women.

According to the Wall Street Journal, the FDA workshop comes in response to calls by a drug-maker and consumer coalition called Even The Score, which launched an online petition to press for FDA approval of female sexual dysfunction treatments. The coalition argues that while there are plenty of drugs for male sexual problems, the same can't be said for women:

There is considerable debate over the number of drugs available to treat male and female sexual dysfunction. Even The Score, for instance, tallies two dozen drugs for male sexual problems by citing different dosages or formulations of some medicines, as well as others such as testosterone treatments, which have not been approved specifically for combating sexual dysfunction in men. The FDA says only a few drugs have been approved for this use, actually.

The agency also counters that it has approved 21 medicines containing estrogen to treat pain during sexual intercourse and vaginal dryness associated with menopause. However, the Even The Score coalition argues this distorts not only the numbers, but also the larger issue because these drugs do not address female sexual desire.

And so the FDA has announced its October workshop on female sexual dysfunction ostensibly to right this wrong. There's a catch, though: The agency has been looking into treatments for women for years already, and none have been approved. Some are skeptical that the upcoming workshop -- which will reportedly focus on diagnosing FSD, how to develop clinical trials for drug prototypes and patient input on optional therapies -- will just lead to more analysis paralysis.

“On one hand, [the workshop] indicates the FDA is paying proper attention and taking seriously the condition," Sally Greenberg, executive director of the National Consumers League, an End The Score coalition member, told the Wall Street Journal. "On the other hand, much of this information and data has been reviewed by FDA for years and we still have 26 approved treatments for male sexual dysfunction and zero for women."

Plus, Greenberg noted, an FDA workshop like October's is essentially unprecedented when it comes to getting drugs for sexual dysfunction on the market -- and many of those drugs can be more dangerous than female-oriented prototypes that have been rejected. "Viagra was fast tracked and approved in six months by contrast -- and it can cause stroke or heart attacks," Greenberg said. "Yet Viagra was approved without any of these kinds of workshops.”