George R.R. Martin: I'm not going to write gay sex scenes just for the sake of doing it 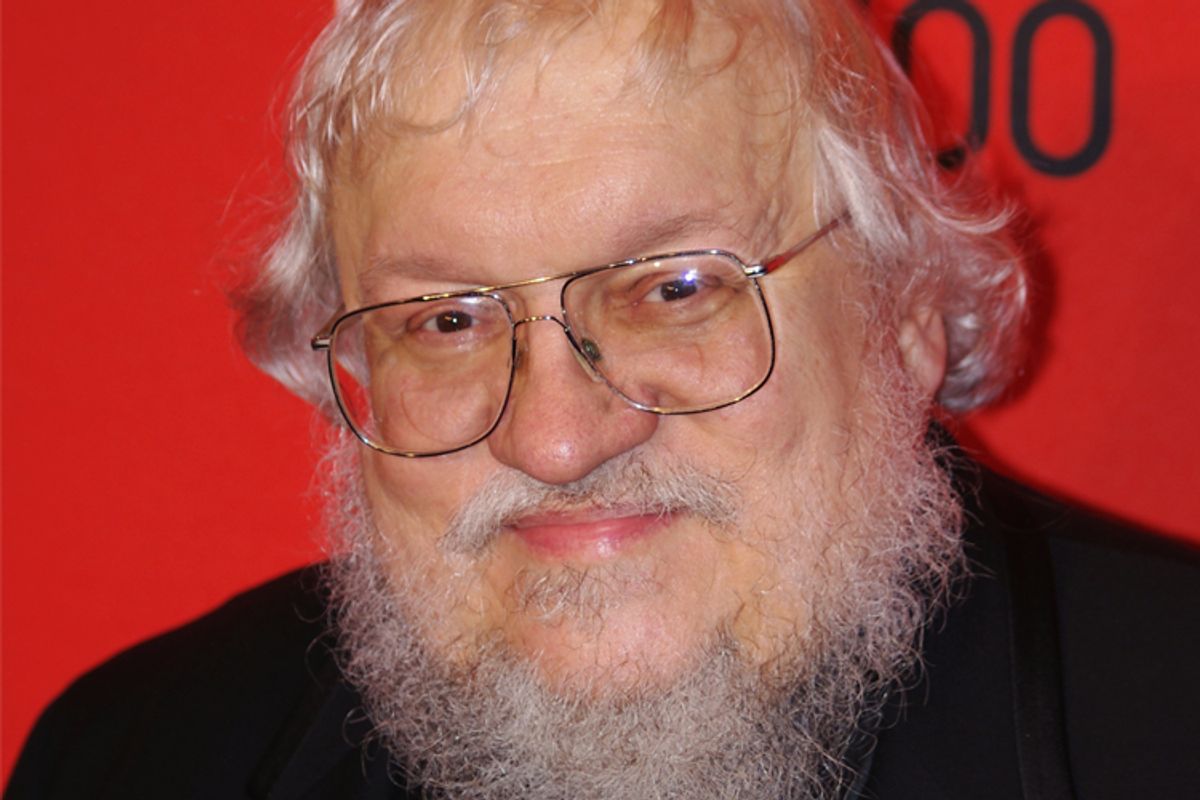 Warning: This article contains spoilers for Game of Thrones andA Song of Ice and Fire.

There’s plenty of sex in Game of Thrones, but some of the book fans are left wondering why there is a lack of gay sex scenes in A Song of Ice and Fire.

In the same talks where George R.R. Martin admitted that fans guessed the ending to his books at the Edinburgh International Literary Festival, he also told the crowd that he’s received letters from fans, most of them women, who request that he put more gay sex scenes in his books.

The lack of gay sex in the books thus far contrasts with the show, which has already made Renly Baratheon’s relationship with Loras Tyrell (only hinted at in the books) more explicit and showed Oberyn Martell and Ellaria Sand in bed with men and women in season 4, which was also more subtle in the books.

While he said that he wouldn’t “shy away” from any storyline in his series, the reason he hasn’t put any gay sex scenes in the books is because the gay characters aren’t point-of-view (POV) characters.

“I put gay characters in the books, but they’re not the viewpoint characters so I did not have any explicit gay sex scenes in the early books,” Martin said.

While he didn’t rule out possibly putting gay sex scenes in future books, he didn’t want to put it in just because people wanted him to write it. Writing a book was not a democracy, or else he noted that Joffrey would’ve died a lot earlier in the series.

“I’m not going to do it just for the sake of doing it,” he continued. “If the plot lends itself to that, if one of my viewpoint characters is in a situation, I’m not going to shy away from it.”

Many fans are unhappy with Martin’s response, with some calling his response disappointing while Jezebel’s Lindy West compared it to recent comments from Woody Allen saying that he doesn’t “hire people based on race.” Others are arguing that it’s Martin’s series and he can write whatever he wants.

“I don’t have a problem with the dude wanting to write what he wants to write, but that is some bullshit fronting,” randalyn-orton wrote on Tumblr. “I’d have rolled my eyes less if he had just been honest and said that he thinks two penises are gross because he is a straight dude, writing for who he views is a mostly straight dude audience.”

And while he has yet to write an explicit gay sex scene with men in the books, he’s written a few with women. Nymeria Sand, who was cast for season 5, was found in bed with twins when she found out about her father Oberyn’s murder, which may well appear. Cersei Lannister becomes a POV character in A Feast For Crows and takes a woman to bed, while Daenerys Targaryen has sex with Irri, her handmaiden; while that character is dead in the show, she could possibly be replaced with Missandei, who has been aged up considerably from her book counterpart.

There's definitely possibility that Martin may put in gay sex scenes in future books, whether in present-day or through flashbacks. He confirmed at a New York book signing in 2011 that a POV characterA Dance With Dragons is gay; many book readers believe that person is Jon Connington and that he was in love with Rhaegar Targaryen.

But whether something like that in The Winds of Winter would be “for the sake of doing it” is up to Martin.