How did the Ferguson Police get such sophisticated weaponry? 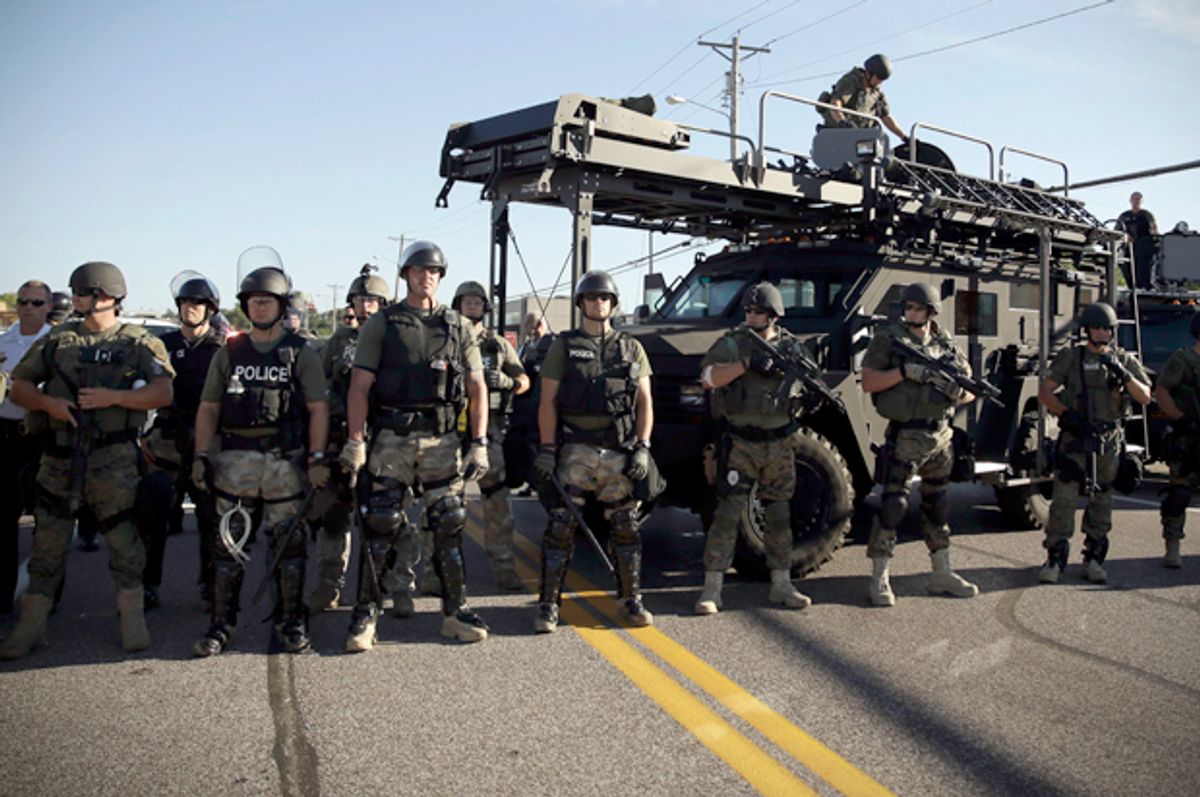 Anyone who watched news reports of the Ferguson riots last night was likely shocked to see images that appeared to be from a foreign war zone. Police units from the 21,000-resident suburb wielded rifles, tear gas and riot gear, stood next to Ballistic Engineered Armored Response Counter Attack Truck (known as a BearCat) and wore camouflage, solidifying their image as a militarized force.

The Ferguson Police Department is part of a federal program 1033 that distributes hundreds of millions of dollars of surplus military gear to police forces across the country and touts the motto "From Warfighter to Crimefighter." According to the program's website, the 1033 program has redistributed more than $4.3 billion worth of property since it began in 1997, and $449,309,003.71 worth of property just last year, the most money ever given as part of this program.

According to Michelle McCaskill, media relations chief at the Defense Logistics Agency, the last transfer made to Ferguson was in November, consisting of two vehicles, a trailer and a generator.

A state public safety official told USA TODAY that the Pentagon does not allow detailed information on "tactical" equipment to be released at a police force level, only at a county level. According to a document provided by the official, police forces in the same county as Ferguson received advanced rifle sights and night vision equipment between 2012 and 2014.

There is no evidence that any such equipment has yet been used in the Brown case and its aftermath. But such "police militarization" is just one element of an often toxic relationship between minority communities and local police.

The problem is that Ferguson police, and police departments across the country, have far more equipment than they could ever use. As a recent report put out by the ACLU explains the phenomenon: "As the saying goes, if all you have is a hammer, everything looks like a nail."

In an interview with NBC's Chris Hayes, Washington Post reporter and author of "Rise of the Warrior Cop" Radley Balko said, "The militarization itself is part of a larger trend ... It is a mentality that sees the people they are supposed to be serving not as citizens with rights but as potential threats."