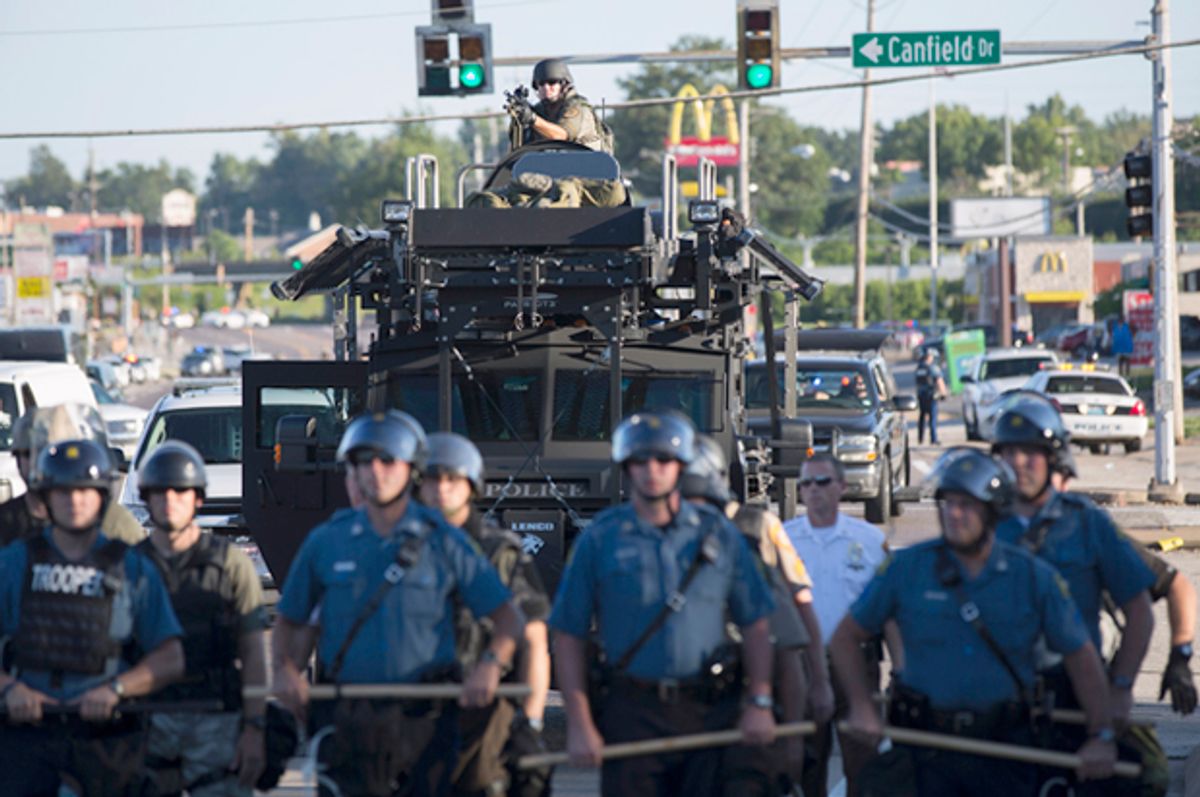 According to reports on Twitter, Missouri Gov. Jay Nixon will announce the removal of the St. Louis County police from their duties regarding ongoing demonstrations in Ferguson, a nearby suburb. In an interview with Bloomberg News, Rep. Wm. Lacy Clay, D-Mo., reportedly said, "The governor just called me and he's on his way to St. Louis now to announce he's taking St. Louis County police out of the situation." The removal of the local police paves the way for state police or federal authorities to step in.

The conflict between protesters and police escalated last night, as law enforcement used helicopters, armored vehicles, riot gear and tear gas to control what appeared to have been a peaceful protest against the shooting of the unarmed 18-year-old Michael Brown. Gov. Nixon tweeted that he would be canceling his scheduled appearances at the Missouri State Fair to travel to St. Louis.

“The worsening situation in Ferguson is deeply troubling, and does not represent who we are as Missourians or as Americans. While we all respect the solemn responsibility of our law enforcement officers to protect the public, we must also safeguard the rights of Missourians to peaceably assemble and the rights of the press to report on matters of public concern,” Nixon said in a statement this morning.